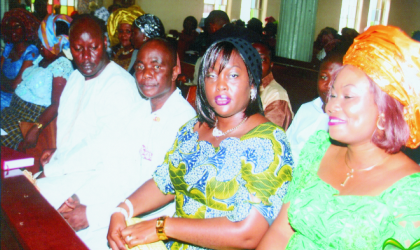 The 2010 Appropriation Bill for the first time since Nigeria’s democracy was laid separately at the two chambers of the National Assembly.

It will be recalled that President Umaru Musa Yar’Adua had to put off the presentation of the address to a joint sitting of the National Assembly last week on account of unresolved misunderstanding between the two chambers of the national assembly.

Although the leaders of both the Senate and House of Representatives kept sealed lips about details of the rancour, ominous signs of disaffection between the two arms of the assembly emerged during the aborted session recently when the two chambers engaged two seperate army bands to offer ceremonial air as is traditional at such times.

The Tide correspondent in Abuja gathered that a joint sitting was impossible because unlike yesteryears some senators refused a joint sitting at the House chambers instead of the Senate.