Women opinion leaders in the Niger Delta have canvassed the reservation of 60 per cent of all decision making appointments and elective positions for women as a key strategy for righting the wrongs of the past years, which have unleashed underdevelopment, poverty, unemployment, violence, criminality and militancy on the region.

They insisted that as a matter of deliberate policy, governments at all levels should reserve 60 per cent of appointments into boards of agencies, parastatals, departments, commissions, ministries, as well as elective positions in the affected states and local governments in the region to women for the next six months and the ugly drift would be reversed for the betterment of the generality of all Nigerians.

The more than 50 women, who made their position known in a paper presented by Hon Bolere Ketebu-Nwokoafor, at a town hall session organized by Shell Petroleum Development Company for women opinion leaders in the Niger Delta in Port Harcourt last Thursday, said that almost 50 years after independence, and 52 years after the Willinks Commission Report, the region has remained impoverished because 90 per cent of all leadership and decision making positions have been held by men.

The women also challenged the Federal Government to give women the responsibility to manage 40 per cent of all decision making positions and processes at the national level, saying that if that is done, official corruption will be drastically reduced, good governance will be entrenched in the system, peace and stability will be restored, and sustainable economic development will be achieved within a decade.

In line with the United Nations Post Beijing ’95 Platform for Action, the women tasked governments and corporate organisations to mainstream women as co-partners, co-agents and co-beneficiaries in all aspects and at all levels in the development programmes of the Niger Delta, insisting that every development policy must have gender perspective at articulation and implementation stages to achieve set targets.

They regretted that the current post amnesty agenda that has been articulated, with implementation plans in progress without a gender perspective, when women were visible victims, was completely unacceptable, and said that if women were to play their God-given roles of defending, nurturing and building society with results, they must be factored in by governments, oil companies and their contractors as agents of development.

According to them, women must be recognized as key representatives and members of the benefiting communities, members of projects monitoring and evaluation teams, and as members of peace mediation and conflict resolution teams and committees, in the region.

The more than 50 women opinion leaders, drawn from Abia, Akwa Ibom, Bayelsa, Imo and Rivers states, charged the Federal Government and the multinational oil and gas companies to make and enforce legislation and policies to mainstream women and ensure equal access to resources, power and decision making at all levels, implement an Affirmative Action to rectify the present situation that is skewed against women, abrogate all gender discriminatory employment policies, promote capacity building for women and facilitate the girl child education.

The women said that since the Federal Government’s Seven-Point Agenda captures the development of the Niger Delta as a critical component, it was wrong for the governments and oil companies to alienate women who constitute major stakeholder block in development, adding that doing so amounts to precipitating failure of this generation to make a difference and perpetuate the underdevelopment of the region.

In his presentation, General Manager, Social Performance and Community Affairs, Shell, Mr. Tony Attah, listed a number of programmes which give women opportunity to contribute to the development of the communities, among which is the Global Memorandum of Understanding (GMoU) framework, and challenged women to work hard to be part of the GMoU governance structures at the community level in order to make their impact felt in the development of the region.

Attah also solicited the support and cooperation of the women in the effort to heal the wounds of the past, restore peace in the communities, ensure stability, and enhance sustainable economic development of the region, saying that as key factors in moulding the character of the youths, women must not fail to play a leading role in re-ordering not just the attitude and orientation of youths in the Niger Delta but also in promoting hard work and industry amongst the people for a prosperous society. 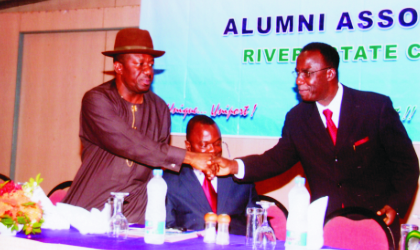