The Senate said on Friday that it might not commence work on the soon-to-be presented 2010 budget until it conducts an audit of Federal Government’s Ministries, Departments and Agencies (MDAs) to ascertain compliance with 2009 budget.

The Senators, after a weeklong retreat in Enugu, which ended on Friday, said they would embark on a thorough audit of the MDAs to ensure compliance and implementation of the 2009 budget before the consideration of 2010 budget.

A communiqué released at the end of the retreat said the Senators would henceforth ensure that Federal budgets were implemented to the letter.

The communiqué also indicated that the upper legislative chamber would conduct an audit of Federal Government’s ministries and parastatals to ensure the implementation of the 2009 budget before the consideration of 2010 budget.

The audit, according to the Senators, would form part of the basis for the consideration of the 2010 Appropriation Bill, which should be presented to the National Assembly on November 19.

Besides the audit of the MDAs, the Senate which held the retreat under the broad theme; “Legislating for an Enduring Electoral System in Nigeria,” also advocated a complete autonomy for the Independent National Electoral Commission (INEC) and internal democracy within the political parties.

Chairman of the Retreat Committee, Senator Ayogu Eze, who read the communiqué at the Nike Lake Resort venue of the Retreat said that the Senate had also resolved to ensure that government agencies at all levels implement budgets as passed.

“After thorough discussions and deliberations, the retreat resolved as follows: that the Senate is committed to the review of the current electoral system and in particular, believes that the following areas should be focused upon: a sustainable voter enlightenment campaign; review of the registration of parties based on performance in elections; internal democracy in the affairs of political parties,” he said.

He also submitted that the retreat resolved that “there should be concerted and coordinated efforts by all levels of government to combat the menace of erosion in the South east zone as it has assumed the dimension of a national disaster.” 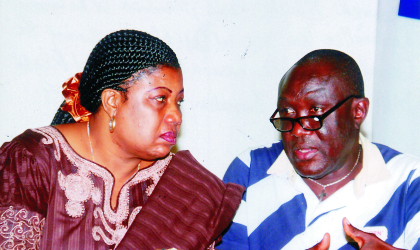