Troops will remain in the Niger Delta to safeguard oil installations, the Joint Military Task Force (JTF) has declared,  days after the end of amnesty.

And Petroleum Minister, Rilwanu Lukman, disclosed at the weekend that Nigeria now produces between 1.6 million and 1.7 million barrels per day (bpd) and is sticking to its quota allocated by the Organisation of Petroleum Exporting Countries (OPEC).

That translates into earning N18 billion a day.

A decision by OPEC on production quotas on December 22 will depend on market conditions, such as demand, he stressed.

“OPEC will only increase output if the market requires it,” Lukman explained in an interview in Abuja.

A spokesman from Chevron confirmed that the company’s Agbami platform offshore produced 250,000 bpd in August, four months ahead of schedule.

The Agbami oil and gas field, which began production in July last year, is a $7 billion project containing an estimated 900 million barrels of oil equivalent of recoverable hydrocarbons, the largest deepwater discovery to date in Nigeria.

Agbami stretches across 45,000 acres and is located some 70 miles (113 kilometres) offshore the Niger Delta.

The crude oil found in Agbami is light and sweet, with a 45-degree API gravity and no contaminants.

Through its major capital projects worldwide, Chevron, the second-largest American oil company, is poised to ramp up production faster than its rivals, according to Dow Jones.

Moreover, it has 40 projects for which it is investing $1 billion each, 15 of them located in Africa and Latin America.

Lukman’s estimate of current production is 100,000 bpd higher than a range provided by Petroleum Minister of State, Odein Ajumogobia.

The figures he and Ajumogobia released both exclude condensate production, the addition of which brings Nigeria’s output to more than two million bpd, they said.

Under the amnesty programme, thousands of militants and their commanders renounced violence and surrendered weapons. With relative peace in the Deep South, oil production is likely to increase in the coming months, Ajumogobia enthused.

However, Abuja officials have given differing production figures in recent months.

Lukman had said on August 26 that output had risen to 1.7 million bpd from 1.2 million, following an improvement in security.

Central Bank of Nigeria (CBN) Governor, Lamido Sanusi, who said on August 4 that output had declined to one million bpd, told reporters in Istanbul last week that it has risen back to about two million bpd.

What is known for a fact is that oil production, which averaged 2.5 million bpd in 2005, according to the Petroleum Ministry, has suffered in the last three years from armed attacks on oil workers and installations by militants in the Niger Delta, the country’s oil basin.

The Movement for the Emancipation of the Niger Delta (MEND), the main armed group in the region, has threatened to resume attacks on the oil industry as its current ceasefire ended on October 15,  its Spokesman Jomo Gbomo, reiterated in a statement at the weekend.

The group has rejected the amnesty, saying it fails to address its demands for redistribution of oil wealth to Niger Deltans who are among the poorest in the country.

JTF Commander, Brigadier General Sarkin Bello, noted at the weekend that soldiers have been stationed in the Niger Delta since 2003, but they need to stay longer to protect vulnerable points and oil facilities.

“We take directives from Defence Headquarters and so far we have not received any (counter directive) since the amnesty ended,” he said.

“We are also aware a big achievement has been recorded by the government regarding the restoration of law and order in the Niger Delta. I am sure government, in its wisdom, will direct the JTF on the next line of action. 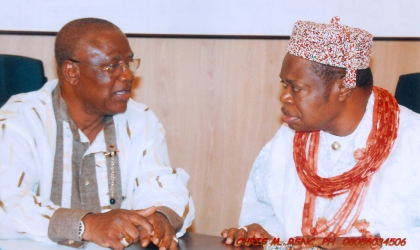