The on-going strike embarked upon by teachers in public primary and secondary schools in Rivers State have been described by some parents as ill timed and in bad taste.

This, they say is because it is not in the best interest of our children and the nation considering the role education plays in the overall development of any civilized country.

Reacting to the strike action, civil servant in Port Harcourt, Mr Campbell Oraibi described it as unfortunate noting that teachers strikes have become one problem too many in our country.

Mr Oraibi stated that over the years, teachers have been inundated with one problem or the other which often lead to strikes and thereby rubbishing our educational system in the country.

He made reference to our universities which have remained shut for over three months now due to neglect and poor handling of conflicts by  our authorities.

In her reaction, a mother, Mrs Rhoda Owen who claims to have three of her children in one of the primary schools in Port Harcourt said the situation was disturbing because her children now resort to unpleasant activities when they should be in school learning.

She urged the government to please take necessary steps to address the problem of teachers so that the future of the children from poor homes who mainly dominate the public schools are not jeopardized.

According to her, the government should assist these children become useful as future leaders of this country rather than make them suffer as outcasts for a fault not of their making.

Mr Eugene Nmere, an artisan said the government should be held responsible for not fulfilling their agreement with teachers each time they went on strike, and called for a reversal of the trend.

He said education which forms the bedrock for the development of nay nation must survive and pleaded with government for early resolution of the problem.

It will be recalled that teachers in Rivers State joined their counterparts in other parts of the country to demand, among other things, the payment of the newly introduced Teachers Salary Structure (TSS). 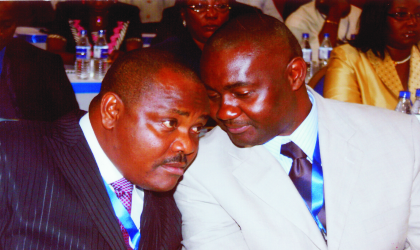