The Nigerian Union of Teachers (NUT) Rivers State chapter has called on the Rivers State Government to start fresh negotiations with it to address its various demands.

In a communiqué issued yesterday after the union’s emergency meeting jointly signed by the state chairman, Chief Moses Adiele and the Secretary, Apostle Samuel Mandali in Port Harcourt, the union called on its members to adhere strictly to the directives of the national secretariat to embark on strike.

The teachers are demanding among other things the implementation of the Teachers Salary Structure, (TSS) and  other allowances and entitlements owed them.

These include payment of 2007 leave bonus, promotion arrears of 2006 owed teachers in the primary and junior secondary schools respectively, as well as imprest grant to heads of primary and  post primary schools and two months of the earlier 15 per cent salary increase.

The union stated that despite its continuous demand of the TSS and other allowances and entitlements, the state government has not done much to resolve it, adding that these demands have already been implemented in 17 states of the country.

The union however, commended the state government for the warm reception accorded the new executive of the union during their courtesy visit in the middle of this year and for the  completion of some of the model schools in various parts of the state.

In an earlier reaction to the teachers action, the acting Chief Press Secretary to the governor, Mr Blessing Wikina described the teachers action to join the nationwide strike as unjustified pointing out that teachers in the state earned far more than their counterparts in others states of the federation.

Mr Wikina therefore appealed to the teachers to rescind their action and return to the classroom in the interest of our children. 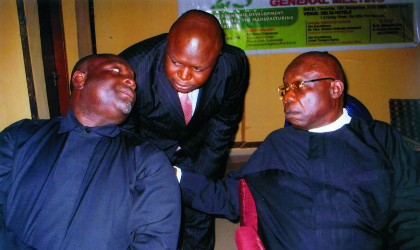