Seven police officers drafted from the Delta State Police Command to beef-up security for the visiting President, Umaru Musa Yar’Adua have died on their way from Yenagoa, the Bayelsa State capital.

Five of the policemen died on the spot when the vehicle in which they were returning back to their base somersaulted more than thrice, while two others died on their way to the hospital.

Deputy Commissioner of Police in-charge of Bayelsa State Command, Mr Ibifuro Harrison, who confirmed the deaths, however, declined giving further details on the cause of the incident.

She, however, directed newsmen to seek further clarification from her boss, the state commissioner of police, saying, “ you people should wait for the commissioner who has the authority to speak in detail to the press’.

The Gateway Road, where the ghastly auto-crash claimed the lives of the seven policemen, was originally meant for commissioning by President Yar’Adua, but was stepped down when it became clear to the Bayelsa State Government that the contractor handling the project could not meet the deadline.

An eye-witness, who pleaded anonymity told The Tide reporter in Yenagoa that the vehicle in which the unfortunate police team was travelling , was in an unusually high speed before the summersault.

At the time of going to press, The Tide could not reach the state police commissioner to help ascertain the number of policemen being treated of various wounds and at what location. 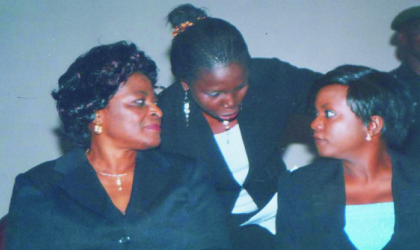