Udo who made the assertion in Abuja, Sunday, told newsmen that, “an increasing number of young persons have indicated interest to become priests and reverend sisters”.

Udo said the country was not facing any crisis in vocation unlike the declining figures of priest in the United States and Europe.

The priest said senior seminaries in the Archdiocese of Abuja were witnessing a rise in candidates interested in such vocations.

“There is a tremendous response to vocation by our youths, both boys and girls. In fact, we jokingly but emphatically say there is a vocation boom in Nigeria.

“In Africa, we have a tremendous response to vocation, to religion and priesthood, quite unlike in countries in Europe and the United States where vocation is minimal in religious congregations.

On celibacy, he said the position of the Catholic Church of Nigeria had not changed.

“The principle of celibacy is still maintained in the Western church to which Nigeria belongs.

“This is to give full attention to the mission of Christ, which is primary and uppermost in the mind of any candidate going into senior seminary information to be ordained into priesthood,” he said.

Udo, however acknowledged that he moderated growth in priestly vocations and the proliferation of churches did not mean that Nigeria was a religious nation.

A study had, more than a year ago rated Nigeria as the world’s most religious nation.

The church has been doing its best through sermons, prayers and fasting but without backing that up with change of mind and attitude, corruption will still continue.

The priest commended the efforts of the anti-corruption agencies such as the Economic and Financial Crimes Commission (EFCC) and Independent Corruption practices and Other Related Offences Commission (ICPC), and implored Nigerians to cooperate with them in the effort to eliminate corruption in the society.

Udo, who was ordained as Catholic priest in 1984 launched a book entitled “The Golden Rule” on Saturday to commemorate his 25 years in the priesthood. 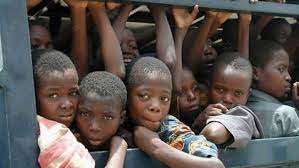 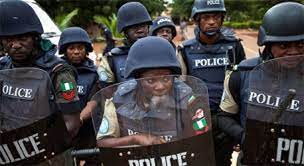 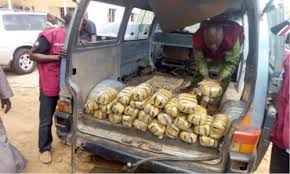