A total of N738.78 million was guaranteed to 4,601 farmers under the Agricultural Credit Guarantee Scheme (ACGS). This amount represented a decline of 74.5 per cent from the level in the preceding quarter but an increase of 34.1 per cent over the level in the corresponding quarter of 2008.

In the cash crops sub-sector, 39 beneficiaries got N18.60 million or 2.5 per cent, while 80 beneficiaries in ‘others’ had N11 million or 1.5 per cent. Further analysis showed that all the 23 states benefited from the scheme during the quarter, the highest and lowest sums of N85 million (11.5 per cent) and N1.30 million (0.2 per cent) went to Oyo and Akwa Ibom States, respectively.

The retail prices of most states recorded increases in the first quarter of 2009. thirteen of the fourteen commodities monitored recorded price increases, which ranged from 1.7 per cent for white garri to 250 per cent for palm oil over their levels in the preceding quarter, while millet recorded a price decline of most commodities was attributed to the subsisting food situation in the country.

Aggregate output growth in the economy measured by the gross domestic product (GDP) was estimated at 6.3 per cent in the first quarter 2009 compared with 5.8 per cent in the corresponding quarter of 2008. the project growth was driven mainly by the non-oil sector particularly agriculture which constituted 358 per cent of total (GDP) and contributed 2.2 percentage points to the growth in real GDP in the quarter. The major agricultural activities in the first quarter, 2009 were harvesting of late maturing grains and pre-planting operations for dry season farming.

Crude oil production was estimated at 1.89 million barrels per day (mbd) or 173.88 million barrel for the quarter. The end-period 2009 on a year-on-year basis, was 15.1 per cent in the preceding quarter.

The inflation rate on a 12 month moving average basis was 11.6 per cent, compared with the preceding quarter’s level of 9.2 per cent.

Industrial activities during the first quarter, 2009 declined relatively to the preceding quarter. At 115-9 (1990=100), estimated index of industrial production fell by 1.1 and 2.6 per cent from the levels attained in the preceding quarter and the corresponding period of 2008, respectively. The fall reflected the activities, mining output and electricity generation.

The estimated index of manufacturing production, at 89.9 (1990=100), declined by 1.9 and 0.9 per cent from the levels in the preceding quarters and corresponding period of 2008, respectively.

The estimated capacity utilisation also fell by 1.6 percentage points during the review quarter. The development was attributed to the fall in manufacturing production arising from weak demand and influx of imported goods. 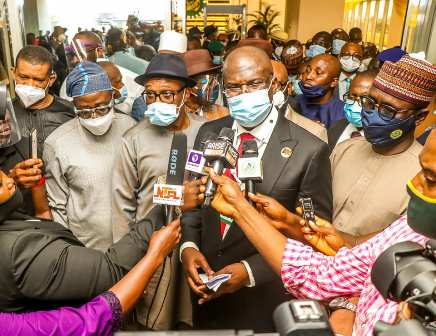 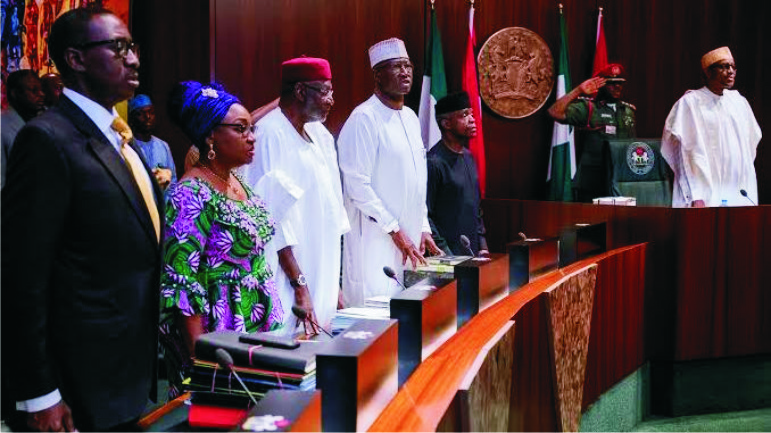