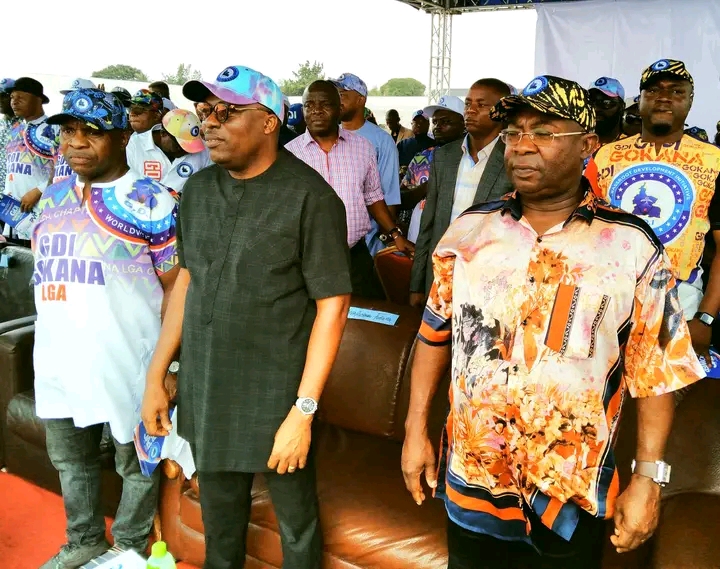 The Federal Government, and the Rivers State Government, yesterday, released its timetable for the celebration of the 62nd independence anniversary of Nigeria.
The Minister of Information and Culture, Lai Mohammed, released the Federal Government programme during a short press conference in Abuja.
Similarly, the Chairman of the Central Planning Committee and Permanent Secretary, Special Services Bureau of the Office of the Secretary to the Rivers State Government, Sir George Nwaeke, released the schedule on behalf of the state government.
The Federal Government timetable read, “This press conference kick-starts the programmes lined up to commemorate the 62nd Independence Anniversary. Let me now reel out other activities for the anniversary.
“There will be a church service on Sunday, September 25, 2022 at the National Christian Centre, Central Business District, Abuja at 3:00pm. This will be followed by a Public Lecture focused on National Unity on Thursday, September 29, 2022, at the State House Conference Hall at 10 am.
“On Friday, September 30, 2022, there will be a Special Juma’at prayer at the National Mosque, Central Business District, here in Abuja. On Saturday, October 1, 2022, there will be a presidential Broadcast at 7 am. Later on the same day, there will be a Military Parade at Eagle Square, Central Business District, Abuja, starting at 10 am.
“Please, permit me to use this opportunity to announce that the award of National Honours will be held as part of the 62nd independence anniversary on October 11, 2022 in Abuja. The Honourable Minister of Special Duties and Intergovernmental Affairs will give the full details later.
“Gentlemen, celebrating our independence anniversary is a reminder that in spite of the challenges we have faced as a nation, Nigerians have remained resilient and committed to the unity of our country. Let me also reiterate the commitment of this administration to promoting the unity, security and stability of our country.”
The Rivers State Government schedule signed by the Head (Information and Communications), OSSG, Juliana Masi, read, “As the nation gets set to celebrate the 62nd Independence Anniversary on Saturday, October 1, the committee responsible for the Independence Day celebrations in Rivers State has announced a schedule for all the events planned to commemorate the occasion.
“According to the Chairman of the Central Planning Committee and Permanent Secretary, Special Services Bureau of the Office of the Secretary to the State Government, Sir George C. Nwaeke, the celebrations will kick off with an Interdenominational Church Service on Sunday, 25th September 2022 at St. Paul’s Anglican Cathedral, Diobu, Port Harcourt by 10 am.
“The Permanent Secretary noted that Friday, 30th September, the Juma’at Prayer will hold at JIBWIS Directorate Headquarters, Central Mosque, Port Harcourt by 1 pm, whereas the grand finale on Saturday, October 1 will hold at the Sharks Stadium, Port Harcourt.
“He maintained that the Grand finale will showcase the inspection of the Guard of Honour by His Excellency the Governor of Rivers State, Chief Nyesom Wike.
“The events will also witness a parade from members of the Nigerian Police and matchpast by schools and NGOs.
“He added that the activities of Independence Day aim to spread a sense of joy, patriotism and togetherness in the nation”.

Ariolu Calls For Diligence, Value-Oriented Service At Schools Board

Prof Arrested For Beating Policewoman For Refusing To Do House Chores