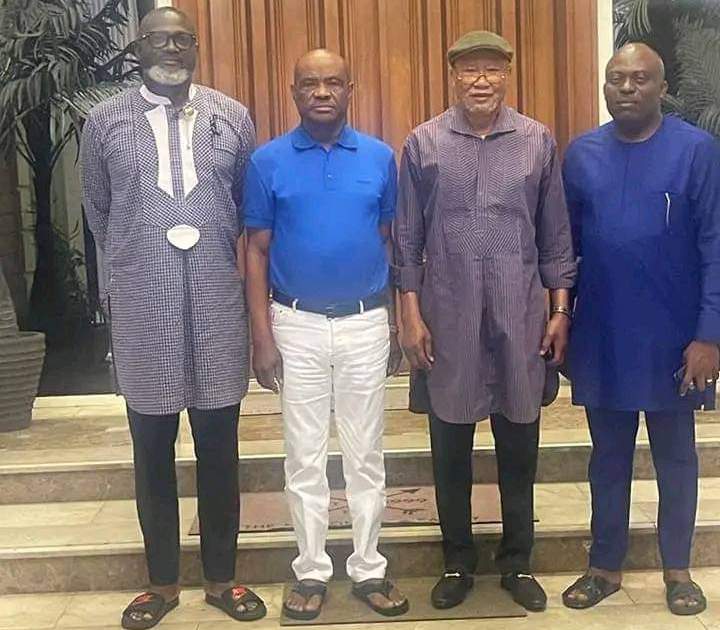 The Peoples Democratic Party’s, (PDP) gubernatorial candidate for the 2023 general elections in Rivers State, Amaopusenibo Siminialayi Fubara, has admonished the electorate not to give any information about their PVC to anyone.
The PDP standard bearer gave the admonition in his address at the Grassroots Development Initiative’s (GDI) Permanent Voter’s Card (PVC) Collection Sensitization Rally that held at Mogho in Gokana Local Government Area.
AmaopuSenibo Fubara said very soon some persons would approach them with all sorts of empowerment packages in order to get their PVCs, but warned that under no circumstances should they compromise by giving them the PVC or information on the PVC.
“Some people will come and promise you empowerment. These are people  who have not remembered you for  these many years. Don’t give  your PVC information to them. Safeguard your PVC.
“The person that will give you money for your PVC commits the same offence  as the person that will give you money for vote. Please  don’t fall for them for any reason “, he warned.
He thanked the people of Gokana for their support for the GDI,assuring that the support would not go unrewarded.
Describing the mammoth crowd that attended the occasion as ‘Gokana Earthquake’, the Chairman of the PDP in the state, Ambassador Desmond Akawor, said he decided to attend the rally at Gokana in order to visit his friends, especially those in Ward 16.
Ambassador Akawor, who is also the chairman of the Inter Party Advisory Council (IPAC), expressed gratitude to the GDI for what it is doing in enlightening the people of Rivers State on the need to collect their PVCs while thanking Gokana people for their impressive turnout.
In his own remarks, the Chief of Staff, Government House, Engr Emeka Woke, advised media houses to be objective in their reportage and avoid sensationalism.
He said he was at the event to confirm if GDI had no supporters in Gokana as was being speculated in the media but noted  that the  body still commands enormous support in the area.
He thanked the people of the area for believing in the administration of Governor Nyesom Wike, which has brought development to them.
The rally which attracted the creme de la creme of the Gokana political elite including Chief Kenneth Kobani, Dr Fred Kpakol,  Chief /Mrs Priscillia Vikue,  among others took place at Central State School field, Mogho.
The mammoth crowd  at the rally from the 17 wards of Gohana was  intimidating, an indication of the overwhelming support Gokana people have given to the Grassroots Development initiative, as confirmed by the stakeholders in their solidarity speeches.
The stakeholders  assured GDI and, by extension the PDP, that their support remained is irrevocable.
High point of the event was  a procession by the 17 wards in the local government area .
Meanwhile, the GDI PVC  Collection Sensitization train landed in Andoni Local Government Area on Monday with the PDP Chairman, Ambassador Desmond Akawor assuring the people of the area that the Ogoni-Andoni Unity Road project remained a top priority project of the Wike led administration.
Ambassador Akawor who stated this while addressing the people of Andoni during the sensitization program held at State School, Asarama, said though the road is one of the most expensive projects,  the present administration was determined to complete it.
While announcing that the contractor would soon move to site, IPAC Chairman in the state appealed for the cooperation of the people of the area so that  the project could be completed as planned.
“The Ogoni-Andoni Unity road is one of the most expensive projects in Rivers State.  The Governor has made commitment that the road must be completed. This is the desire of the Governor of Rivers state.
After the construction, Andoni will no longer be a riverine community,  Andoni will become upland”, he said.