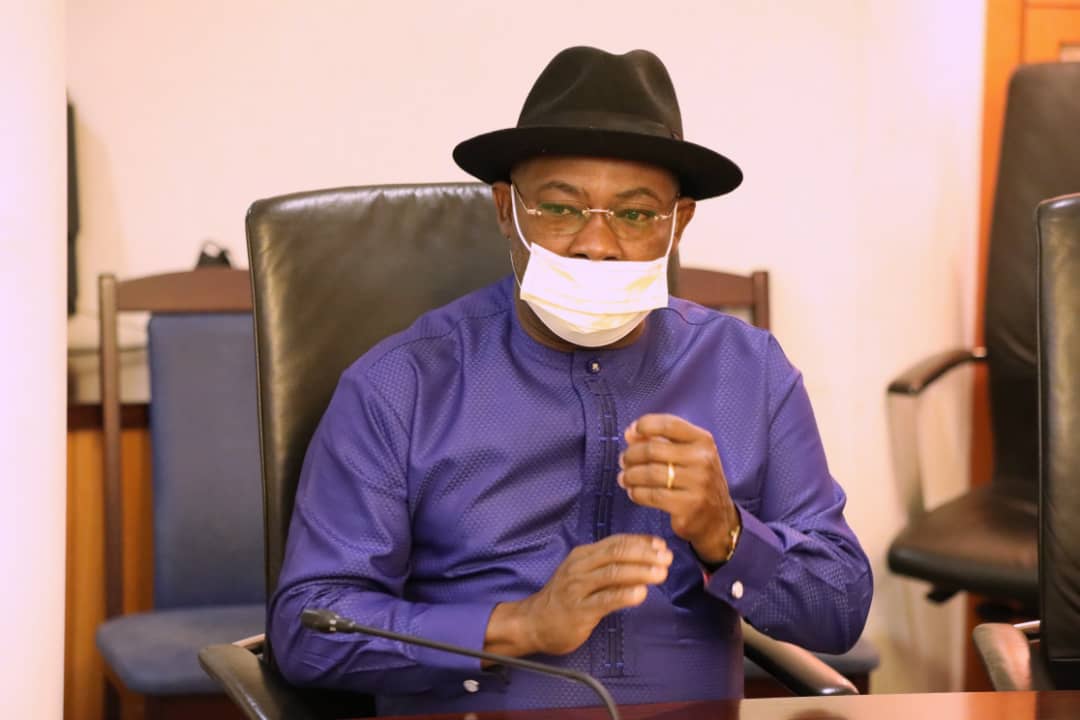 As the Independent National Electoral Commission (INEC) Permanent Voter Cards (PVC) registration exercise draws to a close in the next few weeks, a renewed call has gone to political leaders at the grassroots level to take advantage of the remaining period to intensify campaign for PVC registration in all the nooks and crannies of the state.
Addressing a delegation of the Forum of Past Leaders of LGA Legislative Assembly (2018-2021) who paid him a courtesy visit at the state party office, in Port Harcourt, yesterday, Chairman of the Peoples Democratic Party Rivers State, Amb Desmond Akawor said PVC is not only for purposes of voting during elections but also serves as a means of identification.
Akawor told the forum of former leaders that as grassroots mobilisers they are better placed to carry out the PVC sensitisation exercise in their respective areas, disclosing that there are people who do not know the importance of the permanent voters cards.
“There are still people who do not understand and people who do not know the meaning of the PVC. Old women, men, traders, artisans, business men. Let it be an issue you discuss with them from time to time. We need to do it so that we scoop our state to ensure that registration in the state should not be anything less than 80percent.”
He stated that over the years the state has been taken for granted politically, but noted with pride that with the performance of Governor Nyesom Wike at the PDP National Convention in Abuja, the state, and indeed, the entire South-South have occupied a unique place on the country’s political map.
The state PDP chairman who expressed gratitude that the primaries that threw up the party’s candidates for the 2023 Elections were rancour- free, attributed the feat to the governor’s genuine support for the activities of party.
“We had successful congresses, wards, LGA and state congresses. Am sure our state was one of the states confirmed to have conducted all these series of elections hitch free. We entered into primaries: House of Assembly, National assembly and Guber. The credit goes to the leadership. Thanks we have a leader, the person of the Governor of Rivers State, Chief Nyesom Wike because everything rests on the shoulders of the leader”.
Akawor asserted that the PDP has produced a credible Governorship candidate, Sir Siminialayi Fubara and Deputy, Prof Ngozi Ordu, expressing optimism that on May 29, 2023, they would be sworn in as governor and deputy governor of Rivers State, respectively .
On the request by the group for inclusion in the PDP Campaign Council, the former Ambassador to South Korea’ said their request would be considered and thanked them for the visit which he noted has served as a reminder of thei existence of the group.
Earlier, the leader of the delegation and former leader of Port Harcourt legislative assembly, Hon Collins Omunakwe, said their visit was to indicate interest for inclusion in the party’s campaign committee for the 2023 Elections, and thanked Akawor for receiving them .
Present during the courtesy visit were the State Party Secretary, Dr Benibo George, the State Treasurer, Barrister Blessing Amadi and other members of the State Working Committee.

Admission: JAMB, Stakeholders Peg Varsity Cut Off Marks At 140 …As Board Remits N29bn To CRF …Reps Pass Bill To Extend Validity Of Results To Four Years

We Won’t Relent In Our Pursuit Of Excellence, Mmom Assures