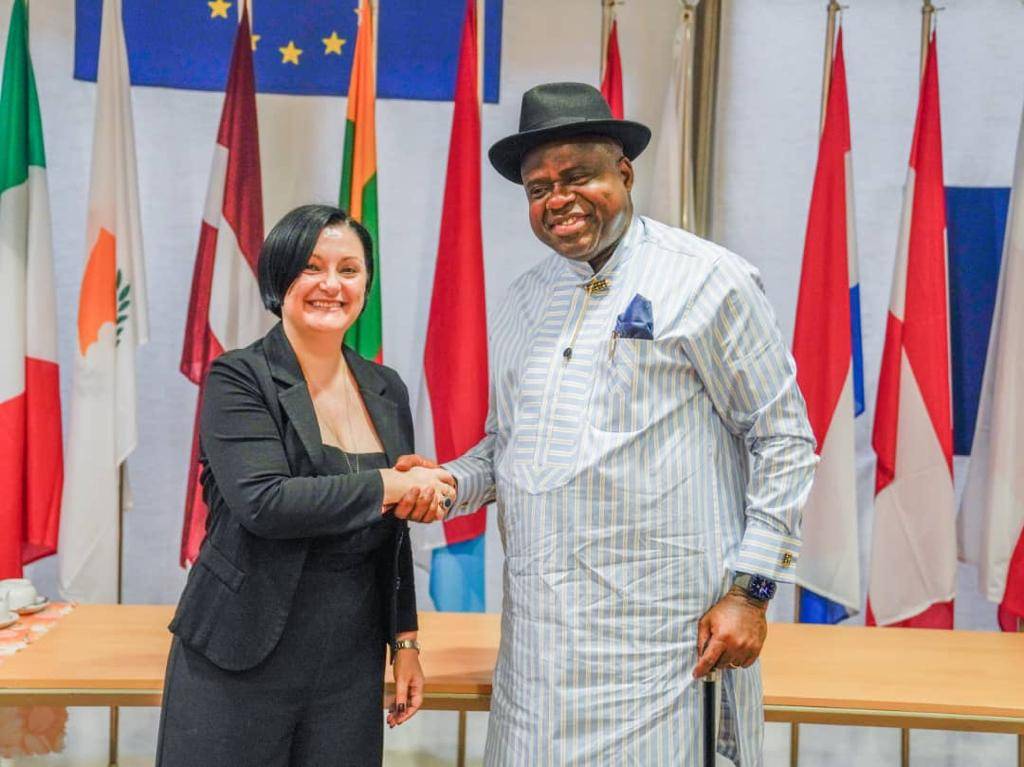 Bayelsa State Governor, Senator Douye Diri, defied the heavy rains to host the Muslim Ummah in the State to a special Salah Day banquet as part of the Eid-El Kabir celebration.
Speaking at the ceremony, which was held at Government House in Yenagoa, Governor Diri said Nigerians from all walks of life need to live harmoniously in love, peace and brotherliness in order to build a united and progressive country.
The Governor, who was represented by the Deputy Governor, Senator Lawrence Ewhrudjakpo, said both the Lord Jesus Christ and Prophet Mohammed preached love, peace and togetherness.
According to him, love and peacefulness are the two major attributes that will enable people to identify who a true Christian or Muslim is in society.
He insisted that all the crimes and killings being perpetrated in the country were as a result of the lack of these virtues.
He tasked Nigerians, irrespective of their religious persuasions and ethical backgrounds, to promote peaceful coexistence as they are all creatures of God Almighty.
The Bayelsa helmsman, who faulted the argument that Nigeria’s major problem was its ethnic diversity, noted that the country’s diversity should be exploited for positivity, saying that the real problem is lack of love for one another.
“Everybody should plant a seed of love wherever you are. I want all of us to be agents of peace wherever we are. Some people say it is because we have diversity, that is why we have insecurity.
“No, that is not true. That is a lazy man’s excuse. Nigeria’s diversity should be exploited for positivity. I do not believe that diversity is our problem. Our problem is lack of love and peace”, he said.
He continued that, “the message from Governor Douye Diri is that, we should extend the love we show to our children and close family members to every other neighbour. Once we do that, Nigeria will be peaceful.
“Here in Bayelsa, it is because of the love the Governor is spewing or radiating, that you see the seamless and very pleasurable relationship between Muslims and Christians.
“We celebrate together and share the same emotions. And the most important thing is that we are all working towards the progress and prosperity of Bayelsa State.”
In his welcome remarks, the Special Adviser to the Governor on Religious Matters, Rev. GodspowerAsingba, said the State Government believes strongly in the secularity of the country and would continue to promote religious tolerance.
Asingba, who described the Governor Diri’s administration as detribalized and non-discriminatory, said the Muslem community in the State was happy with the administration for supporting them to celebrate the 2022 Eid-El-Kabir in a grand style.
Speaking on behalf of the Muslim Community, the Secretary General of the State Council for Islamic Affairs, Mr Mohammed Erefagha, expressed appreciation to the Governor for organizing what he described as an unforgettable Eid-El-Kabir get-together, despite the downpour.
Erefagha, who specially thanked government for appointing two of their members into the Bayelsa State Pilgrims Welfare Board, reminded the Governor of his promise of providing a bus for the Council in the State.
Highpoint of the celebration was the serving of food by the Deputy Governor, Senator Lawrence Ewhrudjakpo, to more than a hundred Muslim faithfuls who attended the banquet.