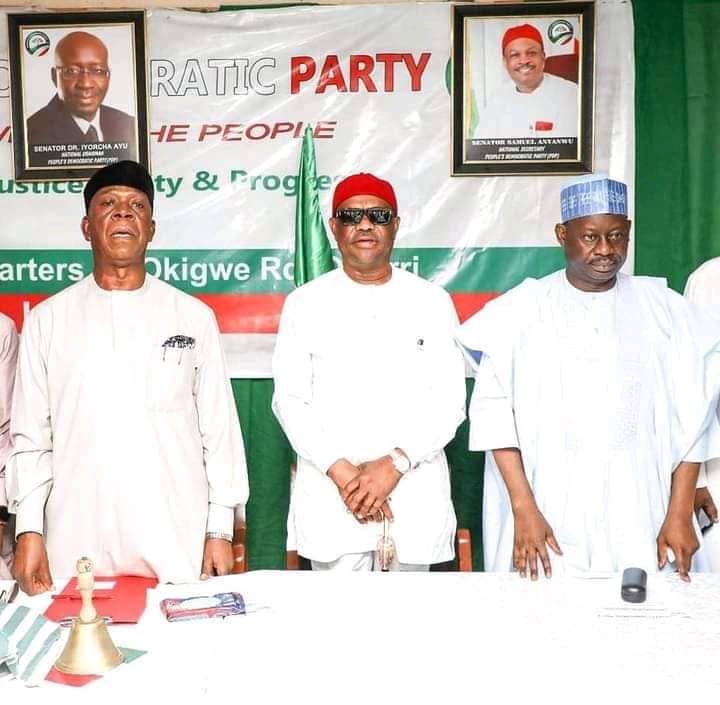 Former Deputy President of the Senate, Senator Ike Ekweremadu, has warned the Peoples Democratic Party (PDP) against toeing the same path that eroded the All Progressives Congress (APC) victory in governorship, National Assembly and other victories in the 2019 general election.
It is recalled that Supreme Court’s five-member panel of Justices, had in a unanimous judgment in May 2019, voided all votes cast for the APC and consequently sacked the party’s candidates, who were declared winners in the February 23 and March 16, 2019 general election in the state by the Independent National Electoral Commission (INEC), ruling that the party had no candidates in the elections, having failed to conduct primaries in accordance with its own rules and as required by law.
Speaking through his governorship campaign organisation at the weekend, Ekweremadu advised the PDP to be careful so as not to make the same mistake.
He spoke vide a statement by the Director-General of the Ikeoha Campaign Organisation, Hon. Charles Ogbo Asogwa, giving update on the legal tussle surrounding the three-man delegates election in the Enugu State chapter of the PDP.
The statement read: “We wish to inform our teeming supporters that the lawsuit concerning the three-man ad-hoc delegates came up today, Friday, May 20, 2022 at the Federal High Court, Abuja. Arguments were taken and the matter was adjourned to May 27, 2022 for judgment. We await the outcome and intend to pursue the matter to a logical conclusion.
“In the meantime, it is noteworthy that the President is yet to sign the Electoral Act Amendment Bill that will allow the participation of statutory delegates in the congresses and national conventions of all the political parties. This has further complicated the process for the primaries, as every political party is trying to find a way out of the quagmire.
“In the case of our party, the People’s Democratic Party (PDP), the decision of the National Working Committee (NWC) to use only the three-man ad-hoc delegates for the state congresses/primary elections and only the 774 national delegates for the national convention and presidential primary election readily offends the provisions of the PDP Constitution (as amended in 2017), especially as it concerns quorums.
“Article 25 of the PDP Constitution provides that quorum for a State Congress shall be two-thirds of the members of the State Congress, while Part 10 Article 6 provides that the quorum for a National Convention shall be two-thirds of the members of the Convention.
“Three-man ad-hoc delegates for the State Convention and 774 national delegates for the National Convention fall far short of the quorum stipulated in the PDP Constitution. In the case of Enugu State, well over 2,500 delegates constitute the State Congress, while the ad-hoc delegates are only 780. This is way below the two-thirds stipulated by the PDP Constitution as amended.
“In the circumstance, therefore, we advise the leadership of the PDP to be mindful of the constitutional and legal landmines posed by its decision and their far-reaching implications in order to avoid the Zamfara scenario on the entire candidature and structure of our party across board and throughout the country. Prudence is advised”.
Sources said that although some informed minds at the meeting between the PDP NWC and Governors where the decision to use only ad-hoc delegates for the PDP State congresses and national conventions had warned against the possible catastrophe it could bring upon the party, the PDP governors insisted on it since it conferred an advantage on them, being the ones that compiled the three-man delegates in all the states.