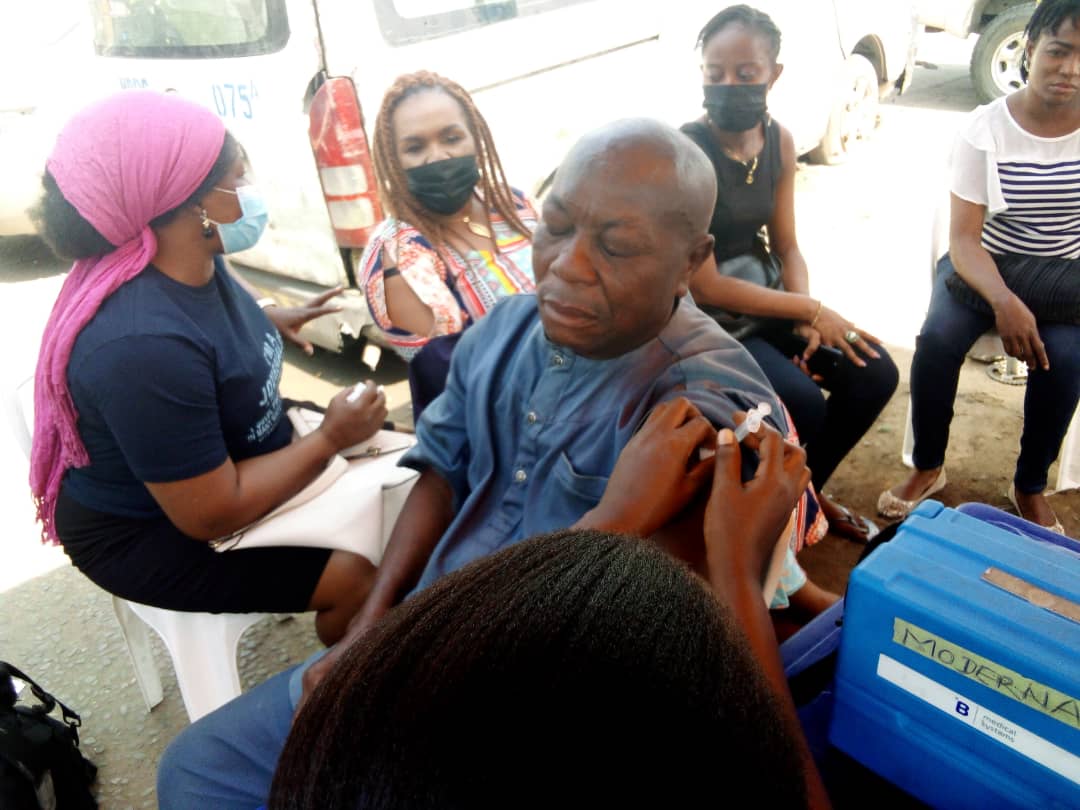 In further quest to improve on measures to check the trend of HIV/AIDS, science has come up with more drugs to make it easy for people to comply in usage of drugs.
One of such drugs is the “Injectable Pre-Exposure Prophylaxis (PrEP), an addition to the PrEP fold of drugs targeted at key population and people at risk of HIV infection.
Disclosing this in an exclusive interview, the Rivers State Medical Lead, Centre for Population Health Initiatives, Dr Azikpono Ozore, explained that the Injectable PrEP, is a development from the original PrEP, which is a medication to be taken daily by those concerned.
“Initially it started as a medication to be taken everyday, but because research showed that people are complaining about being HIV nagative, yet taking HIV medication daily, they view it as a burden.
“Consequently, science wants to take off that burden of daily medication, and ensure that people are still HIV negative, hence they have introduced the Injectable PrEP”, he said.
Ozore, who spoke on the sidelines of the First Quarter State Prevention Technical Working Group Meeting in Port Harcourt, said Injectable PrEP, “is like injection: you take it once in every two  months. It can prevent HIV in two months before you take the next dose.
“With this development, at least people will want to take the drug more”, he said.
According to Dr Ozore, another development is the “Vagina PrEP Rim”, which is usually inserted in a woman’s vigaina or cervix, and acts as a medication for the person.
He also revealed that scientists are currently carrying out tests on HIV drugs that will enable people take the  drugs weekly, in place of the current ones that are taken daily.
“These kinds of novel advances are coming up so that people can freely take the medication and we can actually prevent the HIV.
“The target for the future is zero new infections, and the only way we can achieve this is when people take the PrEP and use other protective machanisms to ensure that they remain negative”, he said.
Speaking on the sustainability of the injectable, the Rivers State Chairman of the HIV Prevention Technical Working Group, Prof Charles Tobin-West, said it is possible.
This, he explained, is because, like PrEP, the injectable PrEP is only for the key population, comprising the high risk population, and Discordant Couples, not the general population.
“It is proposed for them in order to curb the spread of HIV/AIDS, because if we do not do that, this categories of persons will be the focus of the spread to the general population.
“If this is allowed, everything we are doing for HIV control will be destroyed”, he said.
He stated that the meeting was to enable various organisations involved in HIV/AIDS control to give updates on their activities so far, saying that from all presentations made, the gap of reaching zero HIV infection in Rivers State has further narrowed.
PrEP is a drug used by HIV negative perosns who are at risk of contracting the virus. Such persons are regarded as “Key Population”, which comprise those at High Risk (sex workers, men having sex with men, people who inject drugs, etc), and  Discordant Couples: marriages in which one partner is HIV negative, and the other is positive.

WMD: Get Tested, Sleep In ITBNs Against Malaria – RSG

Rivers State Ministry of Health has raised alarm over the number of births outside medical facilities in the state.
The Permanent Secretary Ministry, of Health, Dr. Utchay Chikanele made the observation during this year’s Safe Motherhood Celebration tagged, “Access to Quality Maternal Care: A Right to Every Woman.”
She regretted that the number of new born babies delivered in medical facilities in the state dwindled last year despite the statistics that registered for antenatal care.
In her words, “Rivers State with a target population of 1,883,706 women of child bearing age, 14,734 pregnant women, 1,712,460 under five children and 342,492 infants, only 14,734 which is 34.4 percent registered for antenatal care in 2021, out of which only 12, 218, which is 3.8 delivered in our health facilities”.
The Permanent Secretary used the occasion to call on mothers to utilise the 386 primary health centres and 18 functional secondary health facilities owned and operated by the state government, as she reiterated the state resolve to curb maternal mortality.
She stated that right to health is a basic human right that every woman should enjoy, as she revealed that about 800 women die daily in pregnancy and child birth and 8million suffer serious pregnancy-related illnesses and disabilities.
Underscoring  safe motherhood as one of major planks of the Sustainable Developmental Goals(SDG) Dr. Chikanele observed, “no woman going through pregnancy and child bearing should suffer any injury, loose her life or that of the unborn baby.”
To reverse the trend, Chikanele enlisted the support of local government chairmen, community leaders, husbands and the society at large to encourage mothers to use medical facilities and ensure that their new born are delivered in hospitals with support from medical experts.
She assured that the state government will continue on the quest to boost safe motherhood by engaging in enlightenment campaigns and sensitisation through the media and engagement of stakeholders in the sector across board.

The World Health Organisation has warned that the new Monkey pox outbreak is contaminable.
The virus symptoms include a hight emperature, aches, and a rash of raised spots monkeypox can be contained in countries outside of Africa where the virus is not usually detected, the World Health Organization (WHO), says.
Already more than 100 cases of the virus – which causes a rash and a fever – have been confirmed in Europe, the Americas and Australia.
That number is expected to rise coming weeks, but experts say the overall risk to the broader population is very low.
The virus is most common in remote parts of Central and West Africa.
“This is a containable situation,” WHO’s emerging disease leader Maria Van Kerkhove said at a news conference early this week.
“We want to stop human-to-human transmission.
We can do this in the non-endemic countries,” she added – referring to recent cases in Europe and North America.
Despite being the largest outbreak outside of Africa in 50 years, monkeypox does not spread easily between people and experts say the threat is not comparable to the coronavirus pandemic.
“Transmission is really happening from skin-to-skincontact, most of the people who have been identified have more of a mild disease,” Ms Van Kerkhove said.
Another WHO official added that there was no evidence the monkeypox virus had mutated, following earlier speculation over the cause of the current outbreak.
Viruses in this group “tend not to mutate and they tend to be fairly stable”, said Rosamund Lewis, who heads the WHO’s smallpox secretariat.
Meanwhile, a top EU health official has warned that some groups of people may be more at risk than others.
“For the broader population, the likelihood of spread is very low,” said Dr Andrea Ammon of the European Centre for Disease Prevention and Control.
“However the likelihood of further spread of the virus through close contact for example during sexual activities amongst persons with multiple sexual partners is considered to be high”.
Monkeypox has not previously been described as a sexually transmitted infection, but it can be passed on by direct contact during sex.
Dr Ammon suggested that countries should review he availability of the smallpox vaccine which is also effective against monkeypox.
In the UK, which has now recorded 57 cases, authorities are advising anyone who has had close contact with a confirmed case to isolate for 21 days.
A person is considered at high risk of having caught the infection if they have had household or sexual contact with someone with monkeypox, or have changed the bedding of an infected person without wearing personal protective equipment (PPE).
Symptoms, which include a high temperature, aches, and a rash of raised spots that later turn into blisters, are typically mild and for most people clear up within two to four weeks.

In the last edition, I discussed why water is essential to life and health yet many people ignore it. Ignorantly, many people have acquired the habit of sweet tooth of “downing” or pushing down their food with soft drinks and soda.
Not long after acquiring this dismal habit, they begin to experience health maladies such as arthritis, diabetes, hypertension, rheumatism and all sorts of ailments.
Once one understands that water is the fluid of life then it becomes easy for one to drink and reap its tremendous benefits.  Water and air are two very important things God gave to keep us healthy. In addition to that, water has huge healing powers that only those who have gulped from its rich fountain can attest  . It must however be noted that not all water is safe for consumption. Many local sources of water are contaminated, and that is why one should be mindful of the kind of water he or she drinks.
To get the benefits of water drinking, I will suggest one begin by taking considerable steps to make sure ones water is safe for drinking. These steps include boiling and other treatment methods to eliminate germs and other organisms that may harm health.
For effective usage, health experts recommend alkaline water. Alkaline water is the type of water that a PH above 7.0. It made alkaline by its content of natural minerals such as sodium, calcium, magnesium, bicarbonate, etc. These minerals confer the alkalinity to the water. There are certain properties associated with this water – it has a neutral taste, has better hydration and delivery of nutrients to the cells.
Latest research has shown that water is used to reduce weight. A study at the University of Michigan Medical School led by Dr. Tammy Chang, an assistant professor of family medicine declared that, “ those who were inadequately hydrated had higher body mass indexes than those who were hydrated”.
It noted that people who took in too little water daily had 50 per cent higher odds for obesity compared to those who consumed enough. That link held even after the researchers compensated for factors such as age, bender and income. The study indicates hydration might impact weight. “What it does show though is that a diet that includes more water whether as a beverage or the water found in fruits and vegetables, is likely associated with healthier weight,” remarked Connie Diekman, director nutrition at Washington University, US.
To prevent ageing and all kinds of maladies one should consume more of alkaline water. The antioxidants in alkaline water neutralise the acid and the free radicals which would otherwise damage the tissues.
Experts believe that lack of water may worsen diabetes. Apart from the production and secretion of insulin by the pancreas to increase in the level of glucose in the bloodstream after a meal, there is another very important function of pancreas. This function of the pancreas is regulated by the amount of water in the body. In a state of dehydration, the amount of the bicarbonate solution is reduced and this can get to a critical level that there is not enough of it to neutralize the stomach content.
Drinking enough water enlivens the skin as well. Those who drink water enoughwater look younger and improve their overall physical outlook. Alkaline water makes the body supple, shine and softens the tone of the skin.
As I earlier asserted, one need to begin gradually by drinking few cups on rising from bed in the morning, since water drives body metabolism. As one grows in the habit,  it is easy to hit the target of eight glasses a day as recommended by health experts.