No fewer than 900,000 children between the ages of 0-59 months in Cross River have been targeted for vaccination against poliomyelitis Type 2.
Director-General of Cross River State Primary Healthcare Agency, Dr Janet Ekpenyong, disclosed this shortly after the inauguration of the campaign on Tuesday in Ugep community, Yakurr Local Government Area.
The Tide reports that the inauguration was done by the Paramount Ruler of Yakurr, HRH, Obol Ofem Eteng.
Ekpenyong said that the state was planning to have a 100 per cent coverage of the vaccination
She disclosed that the role of the traditional rulers could never be overemphasised especially in delivering quality and productive healthcare to the citizens.
She employed parents and caregivers to protect the lives of the next generation by granting them the opportunity to get vaccinated within the stipulated time.
She lauded the traditional ruler for always mobilising children within his community for similar exercises, adding that immunisation was a right of a child and the child should not be deprived.
“The state government with support from partner agencies have mapped out strategies to get all children vaccinated, irrespective of weather conditions, topographical challenges as well as other surmountable barriers.
“With the commitment of health workers and strategic leaders like the traditional rulers council, religious leaders, youths and women leaders, the state has remained poliomyelitis-free in spite of panicking figures from some states.
“With the devastating effects of the disease to children within 0-59 months which include economic, psychological and general well-being, there is a need for continuous advocacies and sensitisation in churches, schools and other public gatherings.
“Today, we are officially inaugurating the first round of the outbreak response on poliomyelitis for our children between the ages of 0-59 months because they are the most vulnerable due to their level of immunity,” she said.
The DG noted that due to the outbreak of the type 2 poliomyelitis, the federal and state governments embarked on the quick response to ensure that child mortality rate is lowered.
Speaking earlier, the traditional ruler expressed satisfaction that the exercise of such magnitude was being decentralised to encourage  participation and give a sense of belonging to all communities in the state.
He pledged his support towards raising awareness on the outbreak response on poliomyelitis and other health interventions in order to complement the efforts of the state government and health workers.
On his part, the Director of Public Health, State Ministry of Health,  Dr Iwara Iwara, reiterated government’s commitment towards eradicating vaccine preventable diseases and encouraging mothers to ensure their children are vaccinated.

Does Red Meat Have Health Benefits? (1)

A Consultant Rheumatologist, Dr. Hakeem Olaosebikan, has called for improved awareness to reduce the burden of Systemic Lupus Erythematosus (SLE) disease.
Olaosebikan, who works at the Lagos State University Teaching Hospital (LASUTH), Ikeja, made the call in an interview with The Tide.
He made the call in commemoration of the World Lupus Day celebrated annually on May 10, with this year’s theme as “Lupus: A Challenge to Resilience.”
Systemic lupus erythematosus or lupus disease is an autoimmune disease that occurs when the body system attacks its own tissues and organs.
According to Olaosebikan, lupus can affect people of all nationalities, races, ethnicities, genders and ages.
He said that women of childbearing age were also affected more often than men.
The rheumatologist said that diagnosing lupus was often difficult as its symptoms mimic those of other common ailments.
He noted that the symptoms vary among individuals and could range between mild to severe.
Olaosebikan said that common symptoms included joint pain and swelling, fever, chest pain, hair loss, mouth ulcers, rashes, among others.
According to him, although the cause of the disease is still unclear, it can be due to changes in hormones, genetics, environmental issues, smoking, and vitamin D deficiency.
He said that presently there was no cure for the disease, adding that it was treated with Non-steroidal anti-inflammatory drugs (NSAIDs), corticosteroids, immunosuppressants and hydroxychloroquine, among others.
Olaosebikan said that understanding lupus would assist control its impact and ensure that people with lupus are diagnosed and treated effectively.
He called for improved patient healthcare services and increased research into the causes and cure for lupus to enhance treatment of the disease.

Does Red Meat Have Health Benefits? (1) 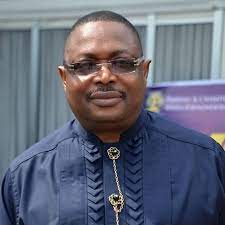 Former Rivers State Commissioner for Health, Dr. Tamunoiyoriari Sampson Parker, has underscored the importance of the campaign against drug abuse, especially in rural areas.
He stressed the need for the society to make a conscious effort to drive the advocacy on drug abuse down to the grassroots.
Parker stated this during his presentation on the topic, “Drug Abuse”, as the guest speaker at an event to commemorate the birthday of the founder of the International Scout Movement, Lord Robert Baden-Powell recently in Port Harcourt.
He said the campaign against drug abuse must be simplified to a one-on-one and door-to-door basis, adding that we must all make sacrifices and take responsibility to simplify the campaign in order to keep those who are drug-free to remain free.
The former Commissioner,  who disclosed that being a scout member was his childhood dream said “some youth groups have come together to cause havoc like confraternities, they have come to promote lawlessness, drug abuse and all sorts of things including cultism, maiming, and killing,  but the Scouts have come together to say no. They want to do the opposite to bring up the youths for new awareness, for good things, for the lawfulness and promoting the tenets of christianity”.
He however advised the leadership of the Rivers State Scouts Council to recruit younger ones and train them to be good leaders in the near future, while urging them to bring back the missing morals in the youths, adding that the only answer to evil is bigger good.
In his remarks, the Deputy President of the State Scout Council, Barr. Franklin Peterside said the Founders Day event was an opportunity to expose the value of scouting which was tremendous and very effective in the society.
He said in terms of membership drive, the Scout movement has been affected by the fact that people are not predisposed to the old values which he said the present leadership was trying to address.