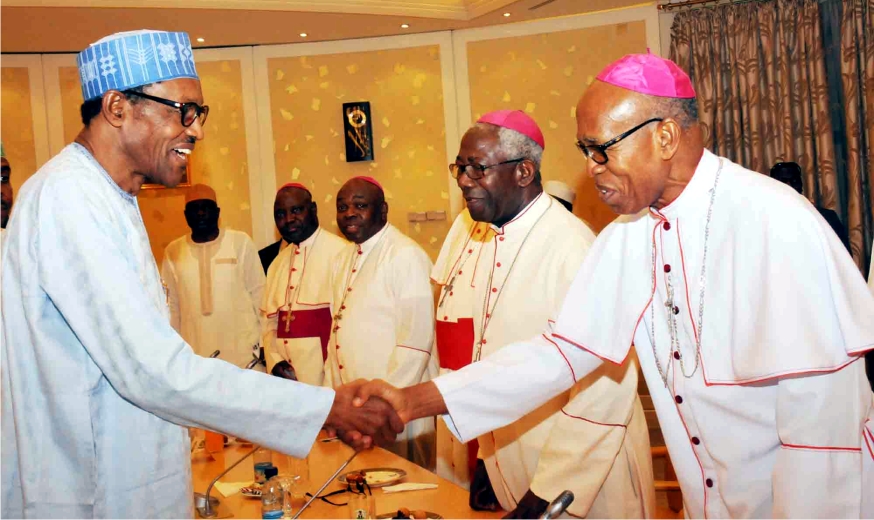 About 170 Catholic Bishops in Nigeria have urged the Federal Government to “quickly and permanently” settle the row with the Academic Staff Union of Universities (ASUU).
The clerics, under the aegis of the Catholic Bishops Conference of Nigeria, yesterday, asked the government to sustain talks with ASUU with a view to resolving the dispute.
The Catholic Bishops were quoted in a communique issued in Abuja at the end of their first plenary and signed by the outgoing President and Secretary of CBCN, Most Revds Augustine Akubeze and Camillus Umoh, respectively, as saying that the recurring industrial dispute and unnecessary bickering between the leadership of ASUU and the government was not serving the best interest of students and that of the nation.
They said, “In our nation today, we observe that there is nofunctional, stable, qualitative and affordable educational system that should be the bedrock of development.
“Currently, the Academic Staff Union of Universities (ASUU) is on strike with the consequent closure of our public universities, thereby leaving our young people roaming the streets. We urge the Federal Government to quickly and permanently settle the dispute in the interest of human and national growth.”
According to the bishops, the best option open to both parties is dialogue to resolve areas of conflict and ambiguity in the interest of the all stakeholders.
They also affirmed that political office holders have a fundamental role to play in providing good governance.
According to them, “Although political parties are the platforms through which political offices are sought in Nigeria, elected officials should build fraternity among all citizens irrespective of differences in creed, ethnic group, sex, and political opinion.
“In our nation today, we observe that there is no evident fairness in the distribution of social amenities or in making appointments to offices despite the Federal Character principle enshrined in the Constitution.”
On the issue of constitutional electoral reforms, the Catholic Bishops stated that a faulty Constitution could breed rancour, discontent, and derail development.
Consequently, they urged the Legislature and the Executive arms of the government to exercise their relevant roles to give the nation an adequate Constitution that reflects the common aspiration of the people to live in unity, justice, and peace.
The communique added, “The Electoral Act 2022, if well and sincerely implemented, we believe that this law will engender a better democracy in which there would be free, fair and transparent elections, through which people choose their leaders who would serve the common good.
“We gladly welcome the adoption of modern technology to improve the quality of our electoral process. However, in and of itself, technology may not necessarily guarantee free and fair elections.
“We, therefore, draw attention to the need for sincerity and vigilance over the accuracy and objective use of the technology being adopted. We encourage good and qualified people with the right intention to vie for political offices.”
The bishops also stressed the need for Nigerians to embrace dialogue and friendship to counter violence and insecurity.
“We request the governments at all levels to do more in ending insecurity, especially by exploring the path of dialogue even with those opposed to its policies. For dialogue and friendship in society is the desirable mean between selfish indifference and violent protest,” they stressed.
The CBCN also announced a smooth change in its leadership.
The newly appointed Archbishop of Owerri, Most Rev. Lucius IwejuruUgorji, has been elected the president, while the Archbishop of Kaduna, Most Rev. Matthew Man-OsoNdagoso, is the vice president.
Similarly, the Bishop of Uromi, Most Rev. DonatusAihmiosionOgun, is the secretary; and Bishop of Abeokuta, Most Rev. Peter Odetoyinbo, is the assistant secretary.