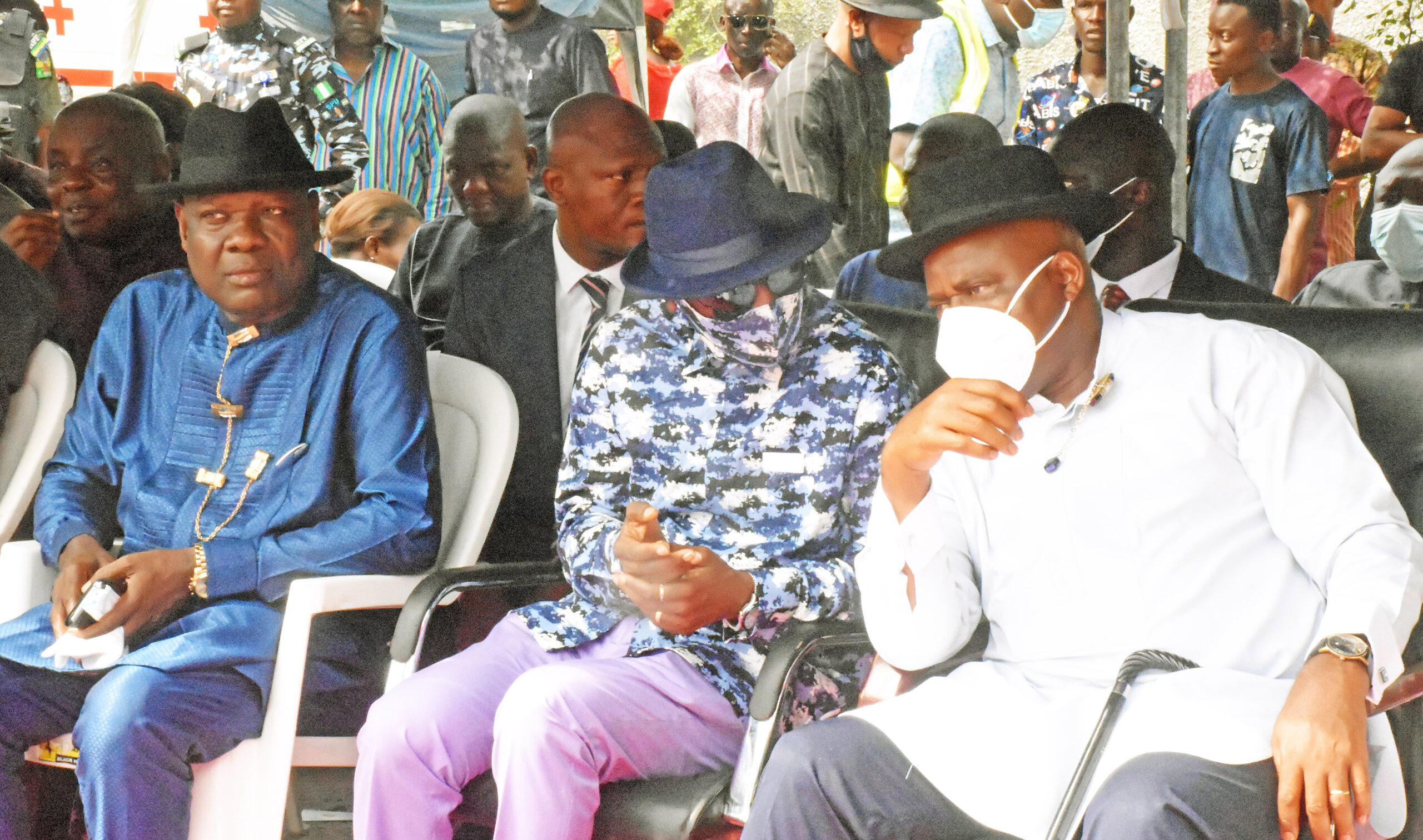 A political pressure group in Rivers State, the Akpor Consultative Assembly (ACA) has endorsed Rivers State Governor, Chief Nyesom Wike to run for the position of the president of Nigeria in the 2023 general election.
The Assembly, in a resolution reached at its congress meeting held at Ozuoba, Port Harcourt, last Saturday, also passed a vote of confidence on Wike, and urged him to present himself for the office of the president at the 2023 general election.
Addressing journalists at end of the meeting, the President General, Chief Hanny Woko said it would be a disservice to the people of Nigeria if Wike refuses to present himself to be elected as president in the 2023 election.
“We as a group collectively, after consultation, are calling on the Governor of Rivers State, Chief Nyesom Wike, today, the 26th day of February, 2022, to present himself to run for the highest office of the land, to run for the position of the president, Federal Republic of Nigeria.
“We are compelling him to make himself available because Nigeria needs a man of his status at this perilous time of our history.
“We need sanity in Nigeria. We need a courageous, youthful leader to man that position. In Governor Wike we see every qualification. In him we see the embodiment of a true patriotic Nigerian.
“We, therefore, plead with him, urge him and also compel him, because it is a call to service. It will be a disservice to the country if he refuses to present himself for that position because we have looked all round, he is the most qualified for that position,” the group said.
Speaking from the sideline, a member of the group and the Rivers State Commissioner for Information and Communications, Pastor Paulinus Nsirim said the position of the Assembly was a re-echo of the agreement of all lovers of good governance in Nigeria that Governor Wike stands tall as one who has the qualities to be the president of Nigeria come 2023.
“Look at his antecedents as chairman of local government, as minister of education, and now, as governor. Today, Rivers State remains the centrepiece of development in Nigeria in terms of infrastructural, healthcare delivery, education, agriculture, housing, women empowerment, social welfare and justice system.
“Governor Wike has set models for development in all these areas and that is why he is called Mr. Quality Projects. The numerous awards he has garnered over the years from the media, and nongovernmental organisations speak a lot of the capacity of Governor Wike.
“So, what we are just doing here is to re-echo the voice of majority of Nigerians who have been clamouring for him to throw in his cap into the ring to contest for the president,” he said.
He expressed confidence that Wike would not only win the general election, but also replicate what he was doing in Rivers State at large scale across the country.
“His achievements are legendary. The works speak for themselves. In any sector of the economy, you see his signature boldly written for posterity. So, that is what we want him to replicate in Nigeria, because, we believe Nigeria needs a visionary leadership at this point in time,” Nsirim said.
A member representing Obio/Akpor Constituency 2 in the Rivers State House of Assembly, Hon. Michael Chinda said the group endorsed Wike for the position of president because he has the national character and qualifications to rescue Nigeria from its present situation.
“We are solidly behind him. For us in Akpor, we are convinced. He has done so much for us. Before now, we hadn’t any roads; today, he has constructed durable roads all over Akpor Kingdom. So, the political nucleus of Akpor people is urging him to come and do same for Nigeria,” he said.
The meeting was well attended by political heavyweights drawn from the 10 clans that make up Akpor Kingdom of Obio/Akpor Local Government Area, the home stead of Governor Nyesom Wike.

The Peoples Democratic Party (PDP) Rivers State, last Monday, held its primary election to elect candidates who will fly its flags for the Senatorial election in 2023.
The election, which took place at the three senatorial headquarters of the state, saw the emergence of the state Deputy Governor, Dr Ipalibo Harry Banigo, as the candidate for Rivers West Senatorial District, Chief Allwell Onyesoh won the primaries for Rivers East Senatorial District while Senator Barinaada Mpigi secured a return ticket to represent Rivers South East Senatorial District.
Speaking before the deployment of electoral officers and materials for the election, the state PDP Chairman, Amb Desmond Akawor, welcomed members of the electoral committee from the PDP National Headquarters, and briefed them on the successes so far recorded in the state House of Assembly and House of Representatives primaries.
Akawor said though some form of consensus had been reached concerning the senatorial aspirants, the party would still observe due diligence by ensuring that proper primary election was conducted at the three senatorial district headquarters, urging the electoral officers to be discrete in handling their assignment.
Chairman of the PDP Electoral Committee for the Senatorial Primary, Hon Donatus Etim, commended Governor Nyesom Wike for the enormous work done in strengthening the electoral process in the state, thereby making it possible for successful primaries to be held in the state.