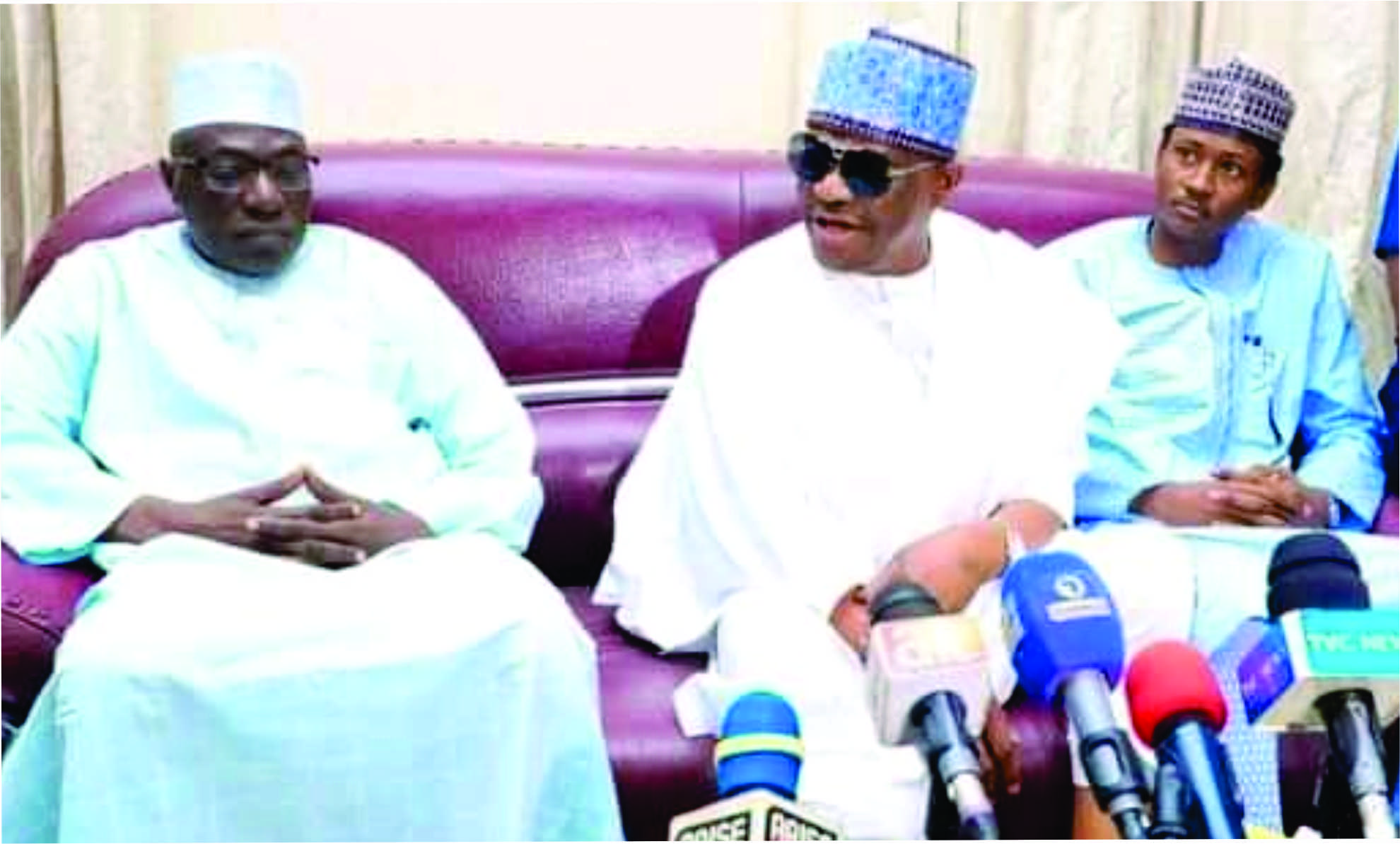 Rivers State Governor, Chief Nyesom Wike, has described Nigeria as a nation bleeding and desperately in need of rescue from the shackles of the All Progressives Congress (APC).
The governor said the precarious state of Nigeria, requires all well-meaning Nigerians, particularly members of the Peoples Democratic Party (PDP) to come together and wrest power from the APC in 2023.
Wike stated this when he visited the former governor of Kaduna State, Senator Ahmed Makarfi at his residence in Kaduna, last Monday.
The Rivers State governor, who disclosed that he was not in Kaduna for political reasons, but to wish Makarfi speedy recovery and thank God for safeguarding his life, urged members of the PDP to unite because Nigeria was bleeding.
“Nigeria is bleeding, and so, if we are not united, Nigeria will not forgive us, because every Nigerian is hoping that PDP must come and stop this bleeding. And we require everybody. This is not about who wants to run for presidency, that is not the issue. Who wants to zone presidency that is not the issue at all. The issue here is all of us, as a matter of duty, must be united. If you like, zone presidency to the West, if you are not united, can you win election?”
Wike said it was obvious that the ruling APC was deficient of ideas, and cannot provide solutions to the numerous challenges facing the Nigerian State.
According to him, the APC has ruined Nigeria, and must be voted out of power.
“APC has finished Nigeria. There is nothing they can tell us now. They don’t have any other idea. If they have any idea, they didn’t use it. Now is what we call injury time. All promises made now cannot be fulfilled. If they had made promise for six years, and didn’t fulfil it, is it one and half years left that they will fulfil it.”
Wike said he and other stakeholders in the party remain eternally grateful to the former Kaduna State governor, who as acting national caretaker committee chairman of the PDP, prevented the party from being destroyed by some extraneous forces behind Ali Modu Sheriff.
“Leadership is given by God and you see, when a party is in crisis, that is when you know who has leadership quality. When our party was in crisis, when Ali Modu Sheriff was to be used to kill our party, he stood firm, committed and showed braveness, and said look, I have no other place to go other than the PDP. So, he removed this party from the shackles of Ali Modu Sheriff.”
Wike commended Makarfi and PDP leaders in Kaduna for ensuring the party remains politically relevant in the state.
He particularly applauded them for the remarkable performance of the PDP in the last local government election in the state, particularly at the grassroots.
In his response, Senator Ahmed Makarfi expressed profound gratitude to the Rivers State governor and his entourage for the visit, and commended Wike and his colleagues for ensuring that the last PDP national convention was successful.
“I have said it, nobody can take that away from you, you are committed, you are passionate for this party. People may like your ways or dislike your ways, nobody can doubt your commitment;your fearlessness.”
Makarfi, who also acknowledged that Nigeria was bleeding, urged members of the PDP to collectively work together to rebuild the party first, and at the appropriate time, all stakeholders would meet to determine who flies the party’s presidential flag in 2023.
Wike was accompanied by Senator Sandy Onor; former minister of transport, Dr Abiye Sekibo; former PDP chairman in Rivers State, Bro Felix Obuah; and former managing director of the Niger Delta Development Commission (NDDC), Timi Alaibe.