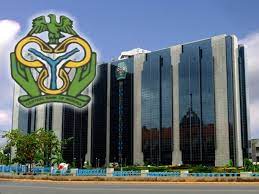 Capital inflow to Nigeria has crashed by 80 per cent in two years, the Central Bank of Nigeria (CBN) reports have indicated.
Specifically, capital inflow to Nigeria fell from $17.1bn in July 2019 to $3.4bn in July 2021.
The apex bank reports showed that Nigeria recorded $17.1bn capital inflow between January and July, 2019.
However, between January and July, 2021, the country recorded only $3.4bn as capital inflow, indicating a fall of 80 per cent.
Furthermore, capital inflow fell from $8.6bn in 2020 to $3.4bn in 2021.
The figures were obtained from the CBN’s monthly economic report.
The CBN attributed the crash to the adverse impact of the COVID-19 pandemic, but economic and financial experts listed rising security challenges, exchange rate fluctuation, and difficulty in repatriation of profit by foreign companies among other factors that may have contributed to the fall.
According to the CBN, $380m, $870m, $660m and $110m were recorded as capital inflows in January, February, March and April, while $290m, $480m and $620m were recorded in May, June and July, 2021 respectively.
This showed a total of $3.4bn in the first seven months of 2021.
While the CBN reports put the total capital inflow between January and July, 2019 at $17.1bn, the cumulate capital inflow between January and July, 2020 was put at $8.6bn.
The CBN report read in part, “A comparative analysis showed that cumulative capital inflow declined significantly by 49.7 per cent to $8.6bn between January and July 2020, compared with $17.1bn within same period in 2019, reflecting the effect of the Covid-19 pandemic during the review period”.
Explaining last year’s declines, the CBN said, “Capital inflow declined by 13.7 per cent, month-on-month, to $0.63bn in July 2020, owing largely to the risk averseness of foreign investors on account of uncertainties associated with the pandemic, oil price shocks, and fragile economic activity.
“Analysis of inflow during the review period showed that at $0.63bn, inflow declined by 13.7 and 66.8 per cent, relative to $0.73bn and $1.9bn in the preceding and the corresponding months, respectively.
“Of this amount in July 2020 FDI at $0.06bn, accounted for 10.3 per cent of total inflow; FPI, $0.31bn (49.7 per cent), and other investments in form of loans (OI), $0.25bn (40.0 per cent).
These were below the $0.12bn and $0.31bn for FDI, and OI, respectively, but above the $0.3bn FPI recorded in the preceding month”.

Senate Insists On Dec 14 For Passage Of 2022 Budget