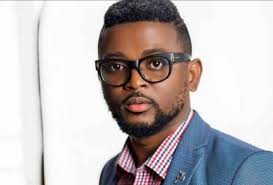 The Tide
A University of Nigeria, Nuskka, lecturer, Dr Joshua Uzuegbu, has urged Nigerians to desist from destroying the nation’s artefacts, especially shrine objects, in the name of religion.
Uzuegbu made the call on Thursday during the 2022 International Museum Day celebration, organised by the National Museum of Unity (NMU) in Enugu.
He described the objects as the “cultural heritage and property handed over to us by our forefathers”.
Uzuegbu, who teaches in the Humanities Unit, School of General Studies in the university, argued that the objects were used in the past to celebrate traditions.
According to him, shrines have a lot of objects, like woods, ivory, stone, Terracotta, glass, bronze, brass and iron, which are driven by spirits invoked into them.
“When we stop worshipping them, they become pieces of wood, useless and powerless,” Uzuegbu said.
He said that instead of destroying them “we should keep them in museums for future generations to see.
“It is disheartening when we destroy these sacred objects due to our new-found religion or being born again.
“I am not saying that the new religion is bad but for the fact that we came from somewhere, there is need to ensure that one religion will not disturb the other.
“There is need to remove whatever that is evil in them as many of those artifacts taken away by the colonial masters, which today are fetching them huge revenue” he said.
He argued that the objects would become ineffective when they are removed from the shrines and no longer honoured with libations.
Earlier, the Director-General of the National Commission For Museums and Monuments (NCMM), Prof. Abba Tijani, said the commission had begun to connect the past with the future, using digital technology.
Tijani, represented by the NMU Curator, Mr Aloysius Duru, said: “The world is gradually moving from analogue to digital space.

The Tide
Jeymes Samuel has announced that his next project will be based on blacks living in the biblical era.
The singer-songwriter whose 2021 Western ‘The Harder They Fall’ was inspired by the need to introduce diversity in the genre, revealed in a new interview that his new feature titled, The Book of Clarence will be set in the bible times in what he described as “the biggest franchise in the world.”
“The Bible’s the biggest franchise in the world. The biggest superhero, the most famous superhero of all time is Jesus himself,” Jeymes revealed. “But when I used to learn about those things when I was a kid, I used to say to myself, Where did Jesus buy his sandals from? Did he walk around barefoot? Did he buy his clothes or did people just say, “Hey Jesus, wear this?” Was there a particular brand that he liked, or a particular tailor who made his shawl?
“The Bible just gives you bricks. But the mortar you’re meant to fill in yourself. I want to show who he [Jesus] bought them from and what that guy was doing. What the guy that sold him those sandals had for breakfast, for dinner. Who was in the hood? Who was the troublemaker, or the cool dude that the girls liked? Who was the kid with aspirations? Who was the nincompoop? That stuff is what fascinates me about that era. The Book of Clarence is all of that stuff. It’s a really awesome, awesome, awesome tale.”
“I want to tell the tales that we’ve never had before. We’ve never had Black people in the Bible days of cinema. Even when Andrew Lloyd Webber made something as nuanced as Jesus Christ Superstar, there’s no Black people in it, except Judas. Judas was the Black guy. “I’m going to betray you, Jesus.” What the hell? That’s what you’re giving us? That’s the Black guy? You saw what I did with the Western. I want to give people something to talk about.”

The Tide
A Nollywood Actor, Femi Adebayo, says his new epic movie, titled, ‘King of Thieves’ known as Agesinkole, generated over N250 million in its first three weeks premiere at the cinema.
Adebayo disclosed this in an interview with news men on Sunday in Ilorin.
He said the movie, which cost him several millions of naira to produce, made over N43 million in three days at its first opening at the cinema despite being the Ramadan period.
The popular movie producer- cum lawyer and actor, said that the plan was to leave the film at the cinema for two months where it was expected to make not less than N200 million.
“In the history of Nollywood, no movie has ever made N43 million in three days of its opening at the cinema, that is an amount of money some movies will make in three months.
“The movie has actually paved way for many providers and producers that are producing indigenous contents,” he said.
Adebayo, who disclosed that the movie took him more than a year to produce, said it was a huge success and that he least expectied the acceptability of the work.
He said the movie was his first traditional film, adding that it has always been his dream to produce that kind of movie for so many years in the industry.
“The plan was to do a huge movie that will remind people of the beauty of Yoruba culture and I waited till it was time.
“My intention was to showcase the beauty of Yoruba culture to the entire world and at the same time to be able to say one or two things about the society, especially our leaders.
“When I was much younger, I had the opportunity to see the beautiful works of Albert Ogunde, he showcased that beauty in Yoruba culture being a Yoruba man,” Adebayo said.
Talking about the challenges faced during the production of the movie, Adebayo said he had to embark on a wide research on Ifa as a Muslim.
He further said that finding a location to shoot the film took them a lot of time.
“I saw everything that fascinated me in the location we later got, the village, the river.
“I saw almost 70 per cent of my movie in there even though we had to build more, our caster crew were scared because of insecurity and we had to beef up security.
“If you look at the cast, we had ‘A-List Actors’, it was challenging to get their time together, waiting for them to have a uniform timing took almost one and half year to plan the movie,” Adebayo revealed.
Even though Adebayo refused to put a tag on the cost of the production, he reluctantly nod his head to agree that it crossed a N100 million mark to produce Agesinkole.
Tidesports source reports that “King of Thieves” is an epic tale of Agesinkole, an all-powerful bandit and his reign of terror in the prosperous Kingdom of Ajeromi.
Concerned by his pillaging, the kingdom moves to destroy him, through the hunters, witches and priests, thus beginning this adventurous saga of revenge, bravery and glory.