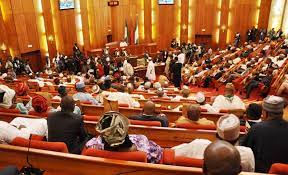 The Senate, yesterday, passed the Proceeds of Crime Bill for second reading.

The Bill titled, “A Bill for an Act to provide for a comprehensive legal and institutional framework for the recovery and management of proceeds of crime or benefits derived from unlawful activities, harmonize and consolidate the legal provisions on the recovery of proceeds of crime and related matters, 2021” was sponsored by Senate Leader, Yahaya Abdullahi (Kebbi North).

Abudullahi in his lead debate noted that the country has been striving to put in place an appropriate Proceeds of Crime legislation since 2007.

He said that efforts to develop a comprehensive bill have been impeded by agency rivalry since 2011.

Abdullahi said, “Effort to sign the Proceeds of Crime Bill into law in 2019 was delayed as a result of complaints by agencies that claimed that the Bill is intended to take away their powers.

“There are many compelling reasons to put in place a comprehensive legislation on recovered assets.

“During the evaluation of Nigeria in 2007 by the International Financial Action Task Force (FATF), they observed in their report that the legal framework for the recovery and management of stolen assets in Nigeria is inadequate and do not comply with international standards.

“At the same time, due to lack of centrally managed database on recovered assets, it is difficult to track and maintain the actual number of the seized assets, their location and their value.

“There have been reported and verifiable instances over the years that showed that some recovered assets were being misused, stolen or lost.

“Further investigations have shown that some of the agencies opened multiple accounts for the payment of forfeited assets without keeping proper records.

“It was against this background that Mr. President constituted the Presidential Audit Committee on Recovery of Assets (PACRA) in 2017.

“Not surprisingly, the committee’s findings re-iterated the need for comprehensive and more innovative approach in the management of recovered assets in a transparent and accountable manner so that these assets would become a source of revenue for the country as is the case in many developing and developed countries of the world.

“Following the submission of the report of PACRA in 2018, the President directed that the following measures amongst other be put in place pending the passing of the Proceeds of Crime Bill into law.”

The measures according to him, include, “The establishment of an Asset Recovery and Management Unit in the Federal Ministry of Justice (ARMU/ FMOJ);

He added that the reason the country always have to sign these agreements is to convince other countries that the government is focused on the development of the country with the recovered assets and that it will be accounted for in a transparent manner.

He said: “Proceed of Crime legislation is seen as one of the vital conditions to secure Nigeria’s full membership of the Financial Action Task Force (FATF).

“Nigeria’s application has remained elusive as the agencies argue to retain their powers at the expense of national interest.

“The Bill has, however, taken into account the issues raised by the LEAs in relation to their continuing engagement in civil recovery without compromising the international applicable standards in United Nations Conventions.

“It is a generally accepted that crimes, particularly those in the category of economic and financial crimes are usually committed for profit purposes.

“Asset deprivation attacks criminality through this profit motive. In the same way that starving a thriving small business of capital hampers its growth, removing assets from criminal enterprises, including terrorist organizations, kidnapping organizations and bandits who must necessarily undertake their operations with funding from individuals within or outside the country will certainly hinder and deter their illicit operations.

“A strong asset recovery measure can also disrupt the activities of these criminal organizations and reduce the level of insecurity in the country.”

The Kebbi North lawmaker added that removing unlawful assets also, “Engenders confidence in a fair and effective criminal justice system and shows that nobody is above the law.

“Removes the influence of negative role models from communities; deters people from crime by reducing the anticipated returns.

Besides, he urged his colleagues to note that “virtually all of the processes and procedures for recovery of proceeds and instrumentalities of crime are, in accordance with international practices, properly brought under judicial oversight and will no longer be left to the whims and caprices of any agency.

“Also noteworthy are the specific statutory timelines established under the proposed enactment to ensure that the constitutional rights of the citizens are guaranteed in the implementation of the recovery processes and procedures.

“Importantly, the exigency of Nigeria having in place this all important piece of legislation cannot be over-emphasised as Nigeria to date is still deficient in meeting this outstanding obligation under Recommendation 4 on Confiscation and Provisional Measures of the FATF Recommendations adopted by the FATF Plenary in February, 2012 and updated in June 2019.

“This FATF Recommendation requires countries to establish mechanisms that will enable their competent authorities to effectively manage and where necessary, dispose of property that is frozen, or seized or has been confiscated and requiring that the mechanisms to be established should be applicable both in the context of domestic proceedings and requests to and by foreign countries.”

Senators in their contributions supported the Bill and approved that it be read a second time when it was put to voice vote by Senate President, Dr Ahmad Lawan, at plenary.

Lawan thereafter referred the Bill to the Senate Committee on Judiciary, Human Rights and Legal Matters for further legislative work and to report back in two weeks.