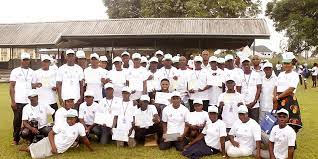 The Ogoni Liberation Initiative (OLI) has called on the Federal Government to build a contaminated soil management centre of excellence in Ogoni land in Rivers State.

It said in a 24-point communiqué issued at the end of a summit held in Bori, that the decayed and polluted Ogoni environment should be comprehensively cleaned-up, restored and continually managed to stem further degradation.

“Decades of spills and pollutions caused by oil exploration and exploitation have impacted negatively on our people, and there should, therefore, be a health audit in Ogoni land and consequent establishment of medical research institute there.

“Ogoni people are ready to participate in all forms of business with the state and federal governments as well as international corporations for the development of our land, provided the businesses are anchored on Ogoni development,’’ the communiqué stated.

Before the communiqué was issued, Mr Steven Barreru, who spoke on behalf of the team of investors. said those polluting the environment anywhere were committing crime, and should be punished.

He said the team was interested in starting with the provision of potable water in Ogoni land, and would immediately sink potable water wells in each community.

He added that the team would also train Ogoni youths in different skills, improve on health and recreational facilities, and requested the support of Ogoni people to actualise the projects.

In his contribution, President of Supreme Council of Ogoni Traditional Rulers, King Godwin Giniwa, commended the team of global investors for their plans, and pledged the support of Ogoni people.

Giniwa, who is also the Gbenemene of Tai Kingdom, assured the team of safety and peaceful environment, and urged Ogoni youths to also support the team for the development of Ogoni land.

The Gbenemene also received a boat gift from one Yousef Ahmod, from Kuwait.

In another address, the Divisional Police Officer in Bori, SP Bako Angbashim, urged Ogoni youths involved in criminal activities to surrender their arms and embrace peace, saying that they should cooperate with the investors to develop Ogoni land.

The Rivers State Governor, Chief Nyesom Wike, says it is a disservice for political leaders to overlook the infrastructural and socio-economic needs of their people and pursue their selfish ambitions.

Such orientation in politics, Wike noted, always sets the community and a greater percentage of the people backward, politically.

The governor made the assertion at the flag-off ceremony for the re-construction of Mgbuitanwo community road by Senator Gabriel Suswan, last Monday, in Emohua Local Government Area.

Wike spoke of how important the Mgbuitanwo Road project was to his administration and the people.

He pointed out that the road project would stand as an undeniable evidence of the difference between a pro-people approach of the Peoples Democratic Party (PDP) and the egocentric posture of the All Progressives Congress (APC) politicking.