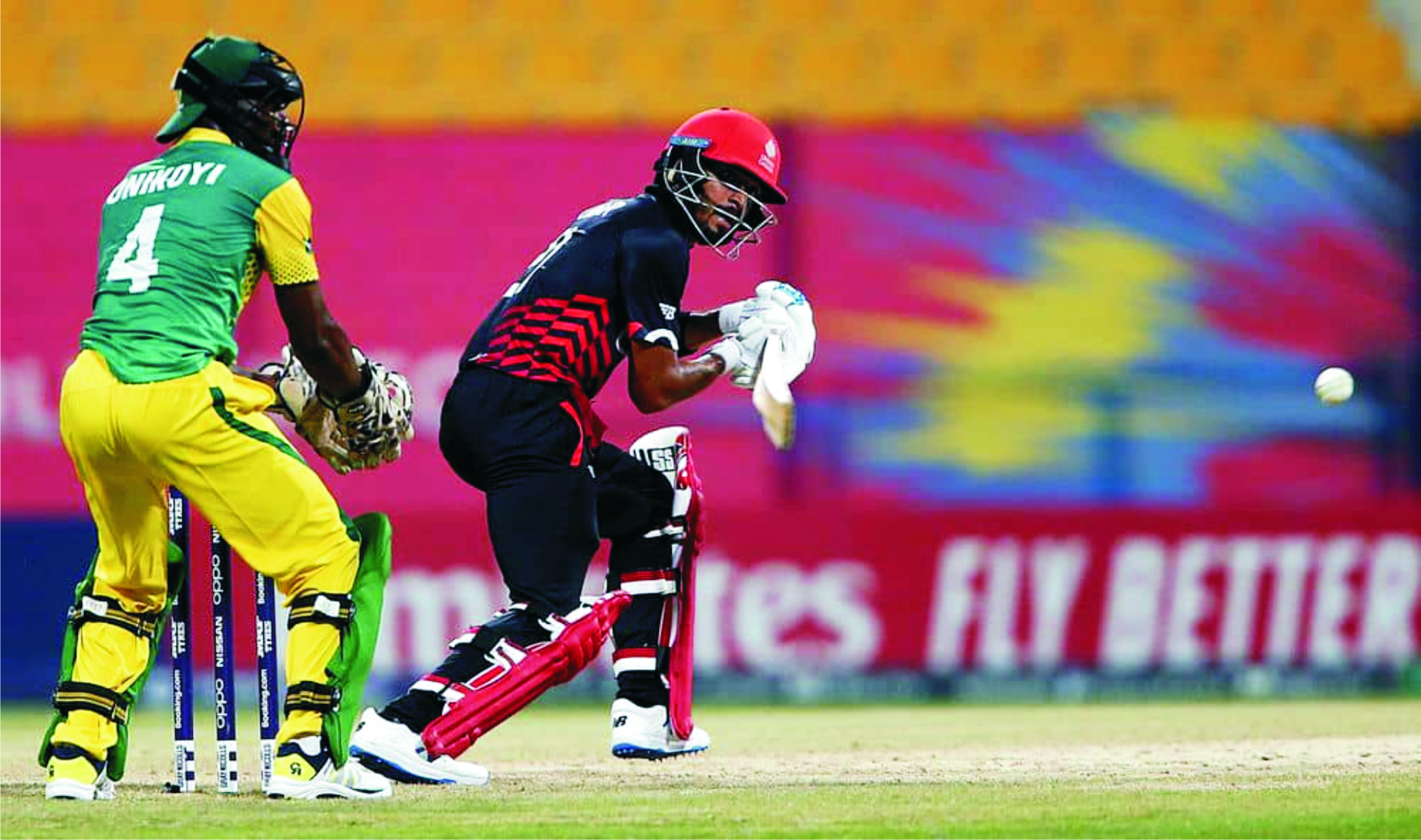 The Nigeria Cricket Federation in conjunction with Pricewaterhouse, sponsors of the U-17 cricket competition have commenced preparation for the Under 17 male/female Cricket Championship, scheduled to hold January, 2021.
Head Coach of the Rivers State Cricket Association, Tonye   Timinadi, disclosed this yesterday in an interview with Tidesports, in Port Harcourt.
According to him, the registration has begun for the competition, saying that  deadline for registration of the championship is 22 December, 2020.
He also said that players eligibility would be decided on 13 December, this year, saying that, the organisers would not condone any ineligible athletes  participating  at the competition.
While, the Under 17  male and female  qualifiers, will commence on 14th and end 17th, January, 2021.
Also, the national female qualifiers will begin  21st and end 24th  January, while the male  National finals  start 27th and end 31st January, 2021.
It would be recalled that the Nigeria Cricket Federation has invited 36 players and officials to camp last week to prepare ahead of the Africa Cricket Qualifiers (ACQ) scheduled to hold next year in Kenya.

A man is reported to have been killed by security forces in northern Iran, as anti-government protesters publicly celebrated the national football team’s elimination from the World Cup.
Activists said Mehran Samak was shot in the head after he honked his car’s horn in Bandar Anzali on Tuesday night.
Videos from other cities showed crowds cheering and dancing in the streets.
Many Iranians refused to support their football team in Qatar, seeing it as a representation of the Islamic Republic.
State-affiliated media blamed hostile forces both inside and outside Iran for putting unfair pressure on the players following their 1-0 loss to the USA in the final group game.
The players did not sing the national anthem before their first game, a 6-2 defeat by England, in an apparent expression of solidarity with the protesters.
But they did sing at the Wales game, which they won 2-0, and at the politically-charged showdown against the USA.
Some protesters saw that as a betrayal of their cause even though there were reports that the team came under intense pressure from Iranian authorities.
The unrest started 10 weeks ago following the death in custody of Mahsa Amini, a 22-year-old woman arrested by morality police in Tehran for allegedly violating the strict rules requiring women to cover their hair with a hijab.
Authorities have responded to what they have portrayed as foreign-backed riots with a violent crackdown in which the Norway-based group Iran Human Rights says at least 448 people have been killed, including 60 children. More than 18,000 others are reported to have been arrested.

Belgium Out Of W/Cup

Belgium have been knocked out of the World Cup at the group stage as Croatia progressed at their expense with a goalless draw in Qatar.
Roberto Martinez’s side, who finished third in Russia four years ago and are ranked second in the world, have had a disappointing tournament with just one win and one goal in their three matches
They produced another lacklustre display against Croatia despite knowing victory was necessary to progress to the last 16.
Substitute Romelu Lukaku had numerous chances in the second half but his failure to convert any sealed his country’s fate.
Lukaku, searching for sharpness following injury, hit the post from in front of goal, poked an effort wide when well-placed and reacted too slowly when the ball hit him in the six-yard box in stoppage time.
Croatia, finalists in 2018, got the point they needed to progress from Group F as runners-up, with Morocco taking top spot thanks to a 2-1 win against Canada.
Zlatko Dalic’s side will face the winners of Group E , which is currently Spain, in the last 16.
Belgium players fell to the turf at full-time as their supporters behind the goal politely applauded them off the pitch.
Lukaku, who replaced Dries Mertens at half-time, came into the game with intent and immediately brought energy and purpose to his side.
But his missed opportunities in the second half proved costly, with each one bringing an audible collective groan from the stands and the on-loan Inter Milan striker punched the dugout in frustration after the final whistle.
Croatia were not especially convincing, their most threatening moment was a first-half penalty award being ruled out by VAR because of an offside infringement in the build-up – but did enough to secure progression.
They did however look a level below what they showed to reach the final in Russia four years ago and their celebrations were fairly subdued after scraping through.

Germany crashed out of the World Cup at the group stage for the second time in succession despite a 4-2 win against Costa Rica on Thursday.
The four-time World Cup winners came into the match needing a win but were also relying on the result of Japan’s game with Spain to progress.
But the Germans were eliminated due to goal difference as Japan followed up their defeat of Germany with another shock result by beating Spain 2-1.
Germany took an early lead but briefly fell behind in the second half as coach Hansi Flick made a flurry of changes, reacting to the live score of the Japan v Spain fixture.
The Germans started positively, with Flick’s all-Bayern Munich front line turning the screws early, battering the Costa Rica defence before Serge Gnabry got his head to a curling cross from Leipzig defender David Raum after 10 minutes to open the scoring.
Midfielder Leon Goretzka almost doubled Germany’s lead just five minutes later but his header was directly at Keylor Navas.
Complacency began to creep into Germany’s game. Keysher Fuller, Costa Rica’s goal-scoring hero in a 1-0 win against Japan, forced Manuel Neuer into a fingertip save after some half-hearted defending from Raum and Antonio Ruediger.
Flick moved Kimmich back to his familiar defensive midfield position at half-time, bringing on Lukas Klostermann at the expense of Goretzka, who like Kimmich started the match on a yellow.
Just seven minutes into the second half, word crept around the vast Lusail Stadium that Japan had scored two quick goals to take the lead against Spain, a result which would force Germany out of the tournament.
Flick reacted immediately, bringing on Niclas Fuellkrug and taking off another midfielder in Ilkay Gundogan.
Germany appeared disjointed as Costa Rica went on the counter on the 58-minute mark, the ball rebounding off Neuer and into the path of Yeltsin Tejeda, who slammed it home.
Flick continued to chase the game, making more changes but it was Costa Rica who scored next when Juan Pablo Vargas tapped a free kick past Neuer to put his side past Spain and into the Round of 16. The goal was later recorded as an own goal.
Germany hit back minutes later through Chelsea forward Kai Havertz to draw level.
Havertz scored again in the 86th minute and Fuellkrug added another in the 89th minute to bring the score to 4-2, but the side’s focus remained nervously fixed on the group’s parallel fixture.
The night ended with Germany losing out to second-placed Spain on goal difference.
It means Germany, who had not missed out on the knockout stages of a World Cup for 80 years until the 2018 tournament in Russia, have been bundled out in the group stage for the second World Cup in a row.