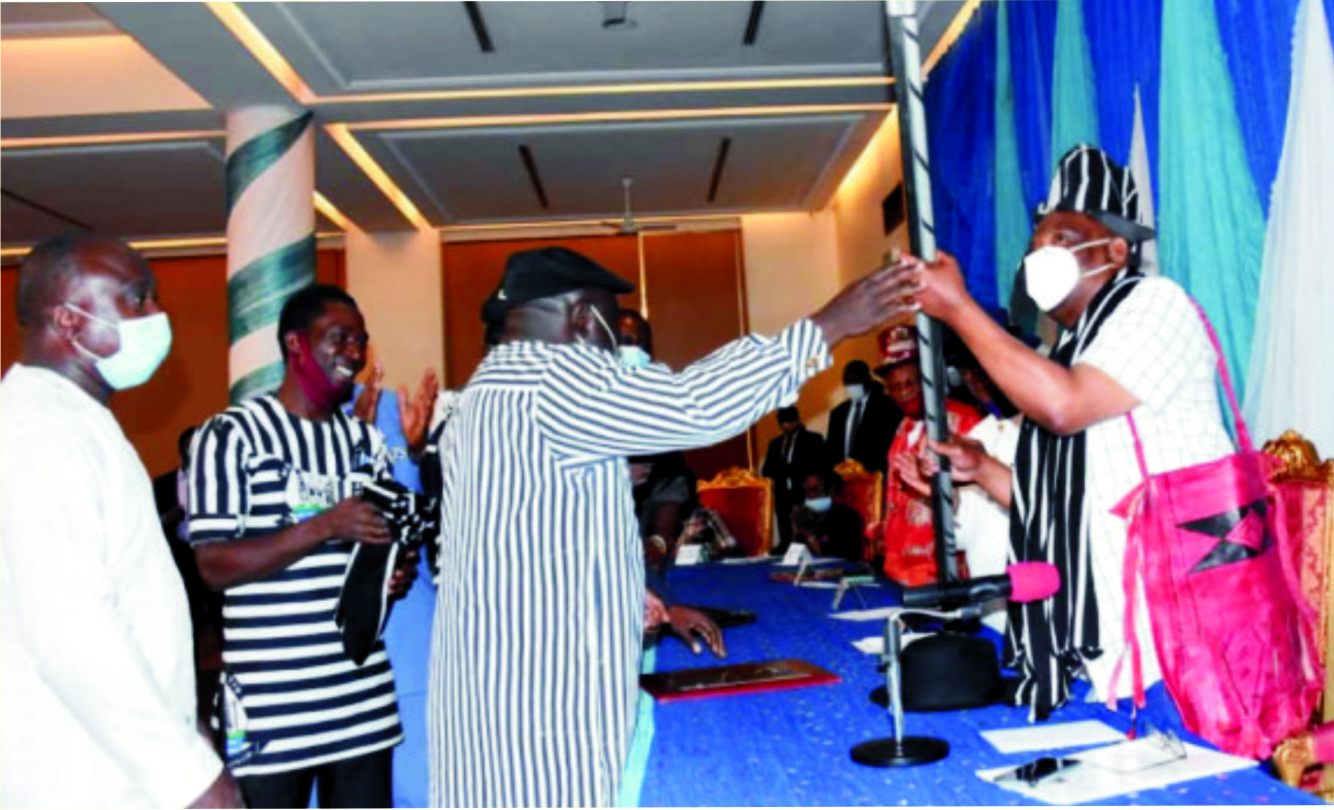 The Peoples Democratic Party (PDP) has condemned, in very strong terms, the devilish attack on the church of the father of the Rivers State Governor, Chief Nyesom Wike, in Port Harcourt, last Saturday night.
The PDP also demanded for a comprehensive investigation into the explosion that rocked the Christian Universal Church, in the Azikiwe Street area of Port Harcourt, the Rivers State capital.
Making its position known in a statement, yesterday, the National Publicity Secretary, Kola Ologbondiyan, said: “Our party condemns this dastardly attack on the church, which we believe was well planned and targeted to cause harm to worshippers and persons close to Governor Wike, particularly, his father.
“The PDP is disturbed by the intentions of the attackers in detonating an explosive in a religious place, particularly given the large number of persons that usually gather at such places.
“While we demand for a thorough investigation into the attack as well as prosecution of all those involved, we hold, as a party, that the time has come, more than ever in our contemporary history, for the amendment of our extant laws to allow state governors to be in charge of the security of their respective states.
“We restate our call for the amendment of relevant sections of the 1999 Constitution (as emended) to allow states more control of security issues in their respective domains.
“Our party, however, commends the people of River state for their alertness, which led to the arrest of the attackers. Such courageous act by the people also points to the need to allow greater participation of communities and state governments in the handling of security issues in their environment.
“The PDP, especially commends Governor Nyesom Wike, for his efforts towards ensuring the security of his state despite the daunting challenges.
“The PDP urges Governor Wike, the members of the Christian Universal Church and the people of Rivers State not to be deterred by this attack but to remain at alert, especially at this critical time”, the statement added.
Earlier, the Rivers State Police Command had confirmed the attack on the church of Governor Nyesom Wike’s father in Port Harcourt, last Saturday night.
The Police Public Relations Officer of the state command, SP Nnamdi Omoni, who confirmed the development, yesterday, said that three suspects have already been arrested.
Omoni, who promised to give more details of the development, said: “I can confirm the attack on the church, and three suspects have been arrested in connection with the attack.
“They (arrested suspects) are helping us in our investigation. The church has been swept by the Bomb Department. More details will follow later.”
It would be recalled that two suspects, who allegedly detonated dynamite at Governor Nyesom Wike’s father’s church, popularly called, Christian Universal Church International at #25, Azikiwe Street, Mile 3, Diobu, Port Harcourt, last Saturday night, around 12midnight were nabbed by vigilant youths of the area shortly after attempting to detonate the explosive device.
It was gathered that the youths, who gave the suspects the beating of their lives, also handed them over to the police, on arrival at the crime scene a few minutes later.
One of the youths, who is the Assistant Chief Security Officer of the area, Collins Johnbull, in an interview, said that they saw five men entering the church at about 9pm adding that the youths had assumed that the suspects were church members.
Collins disclosed that after some minutes, they heard a loud sound suspected to be dynamite, explaining that shortly after the explosion, they saw the hoodlums running out of the church with guns.
The assistant chief security officer said that he quickly mobilised his men, and arrested two of the suspects before arrival of the police.
Johnbull said, “On Saturday, 28th day of November, 2020, while I was on my duty post, we observed some movements around 8pm to 9pm, and we were on the alert, before then, we saw some strange faces, about five of them, that entered into the governor’s father’s church, and we thought they were church members having their normal evening programme, but we were suspicious of them because of the way they were moving.
“About five minutes after the boys entered the church, there was an explosion, we heard a banging noise like that of a bomb from the church, and we immediately approached the church, and saw them (the suspects) jumping out of the church wearing masks and carrying guns, and they started shooting at my men.
“By God’s grace, we were able to apprehend three of the criminals that attacked the church, while two escaped. We did everything in our power to apprehend the hoodlums. As we are talking now, one of my men who was hit by a bullet, is receiving treatment.”
Another member of the security team, Uche Brown, said one of their members was in the hospital because of the injury he sustained while going after the hoodlums, but also corroborated Johnbull’s narrative that three suspects have been taken into custody.
According to Brown, “Around 8.43pm, some hoodlums who attacked the state governor’s father’s church at Azikiwe Street tried to bring down the building by throwing dynamites into it but (they) did not succeed.
“When they noticed that the security men were approaching them, they tried to escape, and we apprehended three of them, while two escaped, before the arrival of the police who took them into custody.”
They pleaded for assistance from the governor to ensure the payment of medical bills of the security personnel, who helped in the arrest of the suspects.
When The Tide visited the area, yesterday, there was heavy presence of security agents around the area, including Omoku/Azikiwe to UBA through Azikiwe Street, as the entire area had been cordoned off from vehicular traffic.
It was also discovered that a little part of the window glass in the building was shattered.