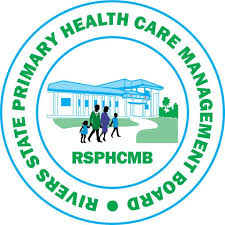 Well meaning individuals in Rivers State have been advised to offer selfless services to the vulnerable and less privileged people in the State.
The Permanent Secretary, Rivers State Primary Healthcare Management Board, RSPHCMB, Dr Agariye Harry, made the call at a memorial tree planting ceremony as a tribute to the late William Henry Gates II, organised by The Challenge Initiative, TCI, a female reproductive health support organization in Port Harcourt.
Performing the tree planting ceremony, at the premises of the RSPHCMB, the Permanent Secretary, represented by a Director at the Board, Dr Nnesochi Ofor, described the deceased, popularly known as Bill Gates Snr, as a renowned philanthropist and civil leader.
Harry noted his immense contribution to healthcare through the Bill and Melinda Gates Institute for Population and Reproductive Health at John Hopkins University as instrumental to funding various reproductive health interventions in Nigeria and Rivers State in particular.
According to him, “such dedication to improving the life’s of women in developing countries, reducing maternal mortality and increasing quality of life among the world’s poor is commendable and these are the true qualities that Rivers State through its Primary Healthcare Management Board embodies”.
In her welcome address, the Head, Service Delivery, TCI, Dr Chidinma Awanlan, observed that Bill Gates Snr had contributed to global health, through the numerous health programs, through which the Bill and Melinda Gates Foundation was funded.
She said “ he was instrumental to the founding of the Bill and Melinda Gates Institute for Population and Reproductive Health, which is at the forefront of family planning and reproductive health programmes are ran. They supported a lot of Health programmes including The Challenge Initiative and we have partnered with Rivers State for about three years in delivering reproductive health solutions. For us it’s a big one because his efforts have actually contributed immensely to saving the lives of women and girls in the state, country and globally”.
Present at the ceremony were the Director, Public Health, RSPHCMB, Dr Isaac Opurm and other partners.
Bill Gates Snr passed on, September 14, 2020