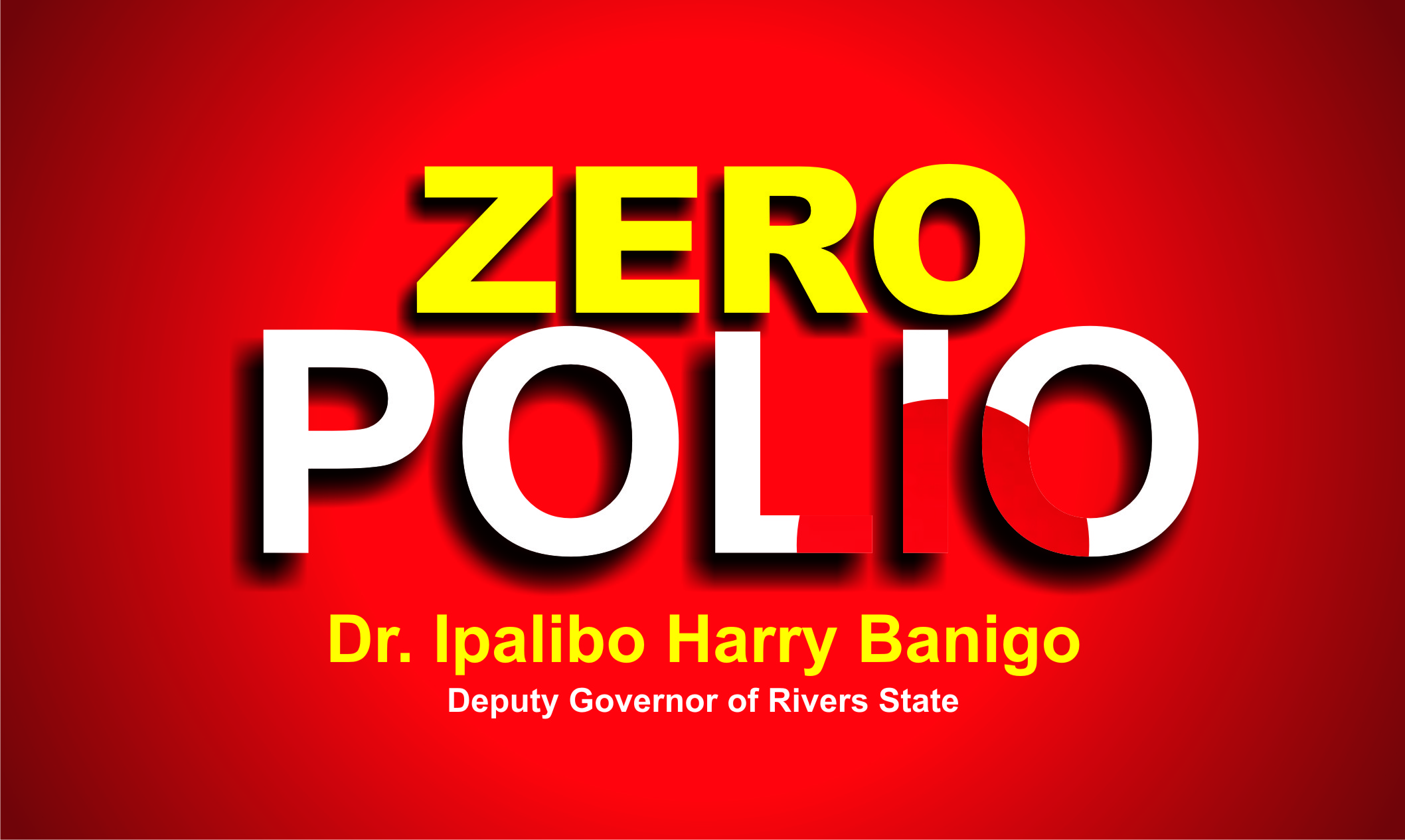 As stakeholders across the globe continue to reflect on the importance of this year’s International Polio Day celebration, the Deputy Governor of Rivers State, Dr. Ipalibo Harry Banigo says the proactive measures put in place by the Governor Nyesom Wike-led administration sparked off the zero-polio status recorded in the state.
The deputy governor, in an interview, observed that the recent visit of the District Governor of Rotary International, District 9141, Rotarian Virginia Major to the state governor in Government House, Port Harcourt, has given further collaborative impetus towards sustaining the needed synergy among frontline workers like healthcare providers, NGOs, traditional rulers, the Media and religious organizations in the fight against polio.
Banigo, who is also the chairman of the State Task Force on Immunization and Primary Healthcare, said it was heart-warming and commendable that: “in the midst of a global Coronavirus pandemic, Rivers State has consistently been on top of its game, as Nigeria, and indeed, Africa was able to kick out wild-polio virus, because of the concerted efforts of government and its partners.
She stressed that if all hands were on deck in observing the Covid-19 protocols, Nigeria would survive the Coronavirus pandemic.
According to the deputy governor, the establishment of the Global Polio Eradication Initiative as far back as 1985, launched by Rotary International and World Health Organization (WHO), heightened the struggle for the eradication of polio globally.
She enjoined stakeholders to continue to work in synergy with government at all levels, “to vaccinate every child and end polio permanently”.