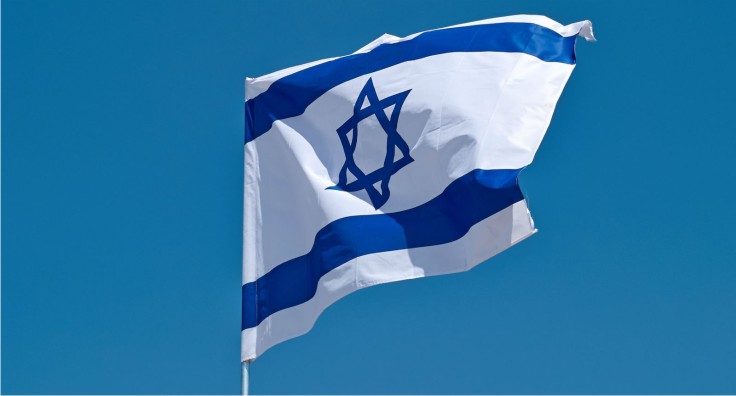 The police have recently begun using a major crimes unit, which normally works against organised crime to investigate leaders of the protest against Prime Minister Benjamin Netanyahu. The Association for Civil Rights in Israel has warned that the police may be creating a special database with personal information about protest leaders. The police deny the allegation.
The police say they have identified the “hardcore” leadership of the protest. A senior officer said there are about 20 people in this group, most of them Tel Aviv residents with no criminal record, but some are known to the police for what it calls disturbing the peace.
Members of the central unit of the Tel Aviv district police, which is usually responsible for investigating major crimes have begun showing up regularly at protests. Protest participants have also reported that undercover police have been surveilling them elsewhere, even on days with no protests.
One activist said that as he was leaving his apartment building late at night about 10 days ago, almost a full 24 hours before a planned protest, he saw an undercover detective waiting for him. The activist began following the detective, but eventually lost him. “I waited for him by his car, he came back about half an hour later wearing different clothes, got into the car and sped off. The car was parked in front of our apartment building,” he said.
Undercover police are said to be sticking close to protest leaders during the demonstrations themselves. Shai Sadeh, a prominent protest leader said he was arrested a week ago Saturday night, after he pointed out four undercover cops and warned the other marchers and said they were “not the regular police, it’s the Tel Aviv central unit.”
A week earlier, Sadeh was arrested before the demonstration had even begun. According to Sadeh, when he came into the interrogation room he saw videos that had been shot by detectives who were following him. In one, he saw himself sitting with a friend an hour before the protest began. Sadeh said that when he was arrested, “the detective asked me why I hadn’t moved when the police patrol car was driving behind me. He showed me a video where I’m walking ahead of the patrol car. I asked him how he could know from this that I didn’t move. He said that’s what he read in the file. That’s why they arrested me.”
The police responded: “As part of the police preparations to deal with mass-participation events and in keeping with the operational assessment ahead of these events, the police use a variety of means and units to maintain the law, public order and security.”
Activists say they have seen increased incidences of confiscation of protesters’ cellphones after their arrest. The police need a warrant to look at a citizen’s cellphone, but protesters believe that the police are misusing information from their phones.

Some of the most beautiful horse racing tracks in the world!

Key Suspect In Haitian President’s Murder Extradited To US

The family of Otto Warmbier, an American student who was detained in North Korea for 17 months and died in 2017 shortly after being returned to the United States in a coma, was awarded more than $240,000 in seized assets from Pyongyang, a New York federal court ruled.
Why it matters: The payment is part of a $500 million wrongful death lawsuit, in which Warmbier’s family alleged that North Korea took him hostage, tortured him and was responsible for his death.
Warmbier, a 21-year-old University of Virginia student at the time, travelled to North Korea in 2015, where he was arrested and accused of stealing a propaganda poster from a restricted area of his hotel.
After publicly confessing to the crime with a script that some experts have said was likely drafted by North Korean officials, Warmbier was sentenced to 15 years of hard labor.
After a total of 17 months in captivity, he was flown back to the United States on June 13 with severe brain damage that North Korea attributed, without evidence, to botulism, and he died six days later in a Cincinnati hospital.
A federal judge in December, 2018 ruled that North Korea was responsible for Warmbier’s death and ordered Pyongyang to pay his family $500 million.
The big picture: The $240,000 awarded by the Northern District Court of New York last week was seized from the country’s Korea Kwangson Banking Corp after the government and bank did not respond to multiple court orders and notices.

‘Why Schumer Picked A Filibuster Fight He Couldn’t Win’

Chuck Schumer doesn’t typically lead his caucus into losing votes that divide Democrats. He made an exception for election reform.
The Senate majority leader has run a 50-50 Senate for a year now, longer than anyone else. The whole time, Kyrsten Sinema and Joe Manchin have consistently communicated to Schumer that he wouldn’t get their votes to weaken the filibuster, no matter the underlying issue. But his decision to force the vote on the caucus anyway – and get 48 Democrats on the record for a unilateral rules change dubbed “the nuclear option” – will go down as one of Schumer’s riskiest moves as leader.
The New Yorker was a defender and wielder of the filibuster while serving as minority leader during Donald Trump’s presidency. But Democrats’ year of work on writing elections and voting legislation – and GOP opposition to an effort designed to undo state-level ballot restrictions – turned Schumer into a proponent of scrapping the Senate’s 60-vote threshold, at least for this bill.
He and most of his members have endorsed what they see as a limited change to chamber rules. Even so, Schumer has set the table for a future majority with a slightly bigger margin, whether it’s Democratic or Republican, to follow through where he fell short and perhaps go further.
Schumer gave Manchin months of space to work on a compromise elections bill, despite activists pushing him to move quicker. The leader’s insistence on a vote that will split his caucus has only trained more ire on the West Virginian and Sinema of Arizona, whom he needs to execute the rest of President Joe Biden’s agenda. Yet Schumer says he had no choice.
“We sent our best emissary to talk to the Republicans. That was Joe Manchin. And we gave him months,” Schumer said in an interview on Wednesday. “The epiphany that occurred on a rules change? He didn’t even get any bites.”
Though social spending, coronavirus relief and infrastructure have at times consumed the Senate this Congress, no topic has riveted Democrats like voting and election reform. Schumer designed Democrats’ first version of the bill “S. 1” – denoting it as the party’s top priority. Even when senators were digging into other legislation, Schumer was still maneuvering on elections, convening weekly meetings with a small group of senators for months.