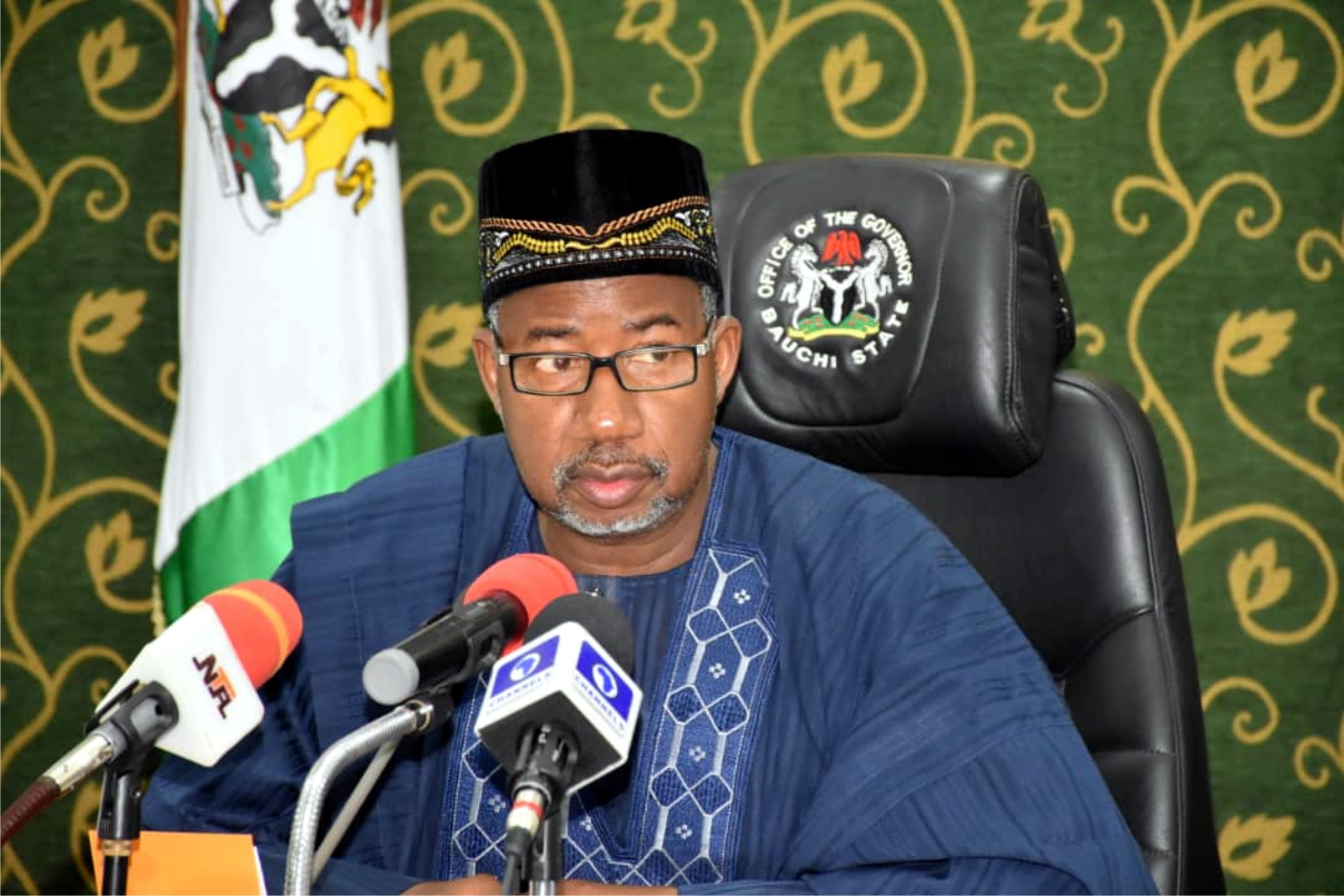 The Governor of Bauchi State, Adamu Mohaumed has sworn in 2nd Local Government Chairman that were returned  elected by the State Electoral Commission in the just concluded local government  election on Saturday.
The ruling People’s Democratic Party swept all the 20 chairmanship seats and 323 councillorship positions.
Governor Mohammed charged the Chairmen-elect to be closer to the people.
He gave the charge at the Banquet Hall, Government House, Bauchi, during the swearing in ceremony.
Mohammed said working closely with their people at the grassroots would enable them justify the confidence reposed in them by the electorates.
The Governor who said their tenure is for a period of two years, noted that, their political career was connected to the success or failure of responsibility they will set to perform.
He called on them to pay serious attention in the management of scarce  resources by concentrating on projects and programmes that will add value to lives of the rural dwellers.
Mohammed also tasked them to be on the same page with his administration in the ongoing efforts to sanitize the state payroll in order to free resources for the execution of developmental projects.
“ I am highly delighted to welcome you to this very historic event, the swearin- in ceremony of our newly elected Local Government Council Chairmen, who along with their Deputies were successful in a keenly and hotly contested election. It is historic because an election of the type we just witnessed, was last conducted in the state some 12 years ago,.” he said
“I am personally grateful to Allah for granting our Government the political will to conduct the election in fulfilment of our campaign promise. God gave our party, the PDP, manifest victory, we will never take it for granted.”
The Governor directed the elected Local Government Chairmen to engage in community policing in an efforts to ensure peace and security for effective implementation of his policies and programmes at rural areas.
“I expect you to be very vigilant in the area of security and assist in reporting any act that is likely to cause security breach.”
Governor Mohammed who also sworn in the newly appointed Acting Head of Civil Service, Alhaji Aliyu Jibo, charged him to assist the state government in repositioning the service for maximum efficiency and productivity.
The newly elected Chairman of Alkaleri Local Government, Alhaji Yusuf Garba, who spoke on behalf of his colleagues, announced their readiness to deepen democracy in line with the exemplary leadership of Governor Bala Mohammed.
Yusuf Garba expressed gratitude to the entire citizens of the state for giving them the opportunity and pledged to justify the confidence reposed in them.
The chairmen elect are: Yusuf Garba, Mohammed Baba-Ma’aji, Illiya Habila, Waziri Ayuba and Mahmood Bello for Alkaleri, Bauchi, Bogoro, Dambam and Darazo Councils.
Also elected are Muhammed Suleiman, Babayo Kasuwa, Dayiabu Kariya, Mohammed Saleh and Abdullahi Maigari for Dass, Gamawa, Ganjuwa, Gaide and It’s Gadau.
Abdullahi Kuda, Garba Musa, Abubakar Misau, Mamuda Hassan and Mahmud Abba emerged winners in Katagum, Kirfi, Misau, Ningi and Shira Councils.
Others are Daniel Danjuma, Adamu Danyaro, Adamu Mohammed, Yahuza Abdulkadir and Samaila Jarma for Tafawa Balewa, Toro, Warji, Zaki and Jama’are Councils.

Igbo Already Projecting For Actualisation Of Igbo Presidency In 2023 -Ezeife