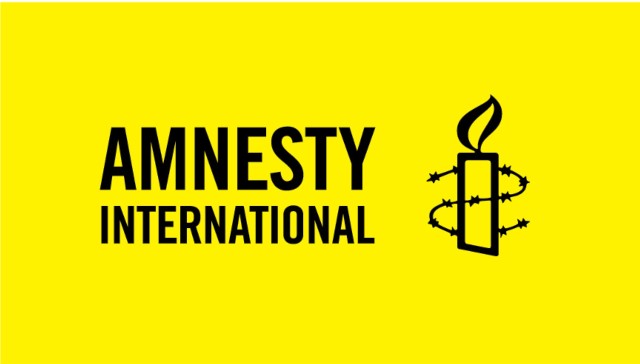 Following corruption and mismanagement allegations levelled against him, President Muhammadu Buhari, yesterday, sacked Prof Charles Dokubo, and appointed Col Milland Dikio (rtd) as interim coordinator of the Presidential Amnesty Programme (PAP).
Disclosing this in a statement, yesterday, the Special Assistant on Media and Publicity, Mallam Garba Shehu, said, “President Muhammadu Buhari has approved the appointment of Col. Milland Dixion Dikio (rtd) as Interim Administrator (Amnesty Programme).
“This followed the President’s approval of the disengagement of Prof. Charles Quaker Dokubo from the Office as the Coordinator, Presidential Amnesty Programme with immediate effect.
“Prof. Dokubo has been directed to hand over all official matters to the most senior officer of the programme.
“President Buhari appreciated the services of Prof. Dokubo”, the statement, added.
However, the Niger Delta Ethnic Nationalities Youth Leaders Council (NDENYLC), yesterday, lauded the Federal Government for the appointment of Col. Milland Dikio (rtd) as the coordinator of the Presidential Amnesty Programme, describing it as an indication that the programme would not be scrapped.
Reacting to development, Public Relations Officer of the group, Comrade Marcus Enudi, said the appointment laid to rest, “the rumour going round that the Amnesty programme was going to be scrapped by the Federal Government.
“The Amnesty programme by this gesture from the Federal Government, will continue. We commend President Muhammadu Buhari for this and also appeal to him to make Niger Delta development a priority as the region is the sole contributor to the national cake”.
The statement called on those “appointed by the Federal Government to manage the resources of the Niger Delta people to be prudent in discharging their duties and always remember that the Niger Delta people and region needs every kobo allocated to it to be developed.
“It is disheartening that Niger Deltans appointed to develop Niger Delta region are always accused of mismanaging the resources accrued to region; It will be great for once for Niger Deltans to take the development of the seriously and work towards actualizing the aims and objectives of their appointments”, the group added.
Meanwhile, the Minister of Niger Delta Affairs, Senator Godswill Akpabio, has appealed to the concerned people of the Niger Delta to join hands with him in a bid to reposition the operations of the Niger Delta Development Commission (NDDC), warning the region would be doomed if urgent steps are not taking to protect the future wellbeing of the people.
Akpabio, who spoke on the backdrop of a recent proposal by the Federal Government to scrap the Presidential Amnesty Programme (PAP) for repentant Niger Delta militants by December, 2020, said Niger Deltans must begin to plan for Post Amnesty Initiative (PAI).
The former Senate minority leader, who was angst over the mismanagement of resources by previous drivers at the NDDC, reproached those responsible for the manipulation of activities to the detriment of the common people at the commission.
Condemning a situation where there was no plan on ground to ensure proper care and initiatives to salvage the people of the region, especially the ageing group, the immediate past governor of Akwa Ibom State lamented the plight of those exiting the age limit for amnesty beneficiaries.
According to him, “Today, we have amnesty programme, we must plan for the end of amnesty, it cannot be in perpetuity. So, where is the industry these people will go and work when amnesty ends?
“Amnesty was supposed to be for young stars below 40 years, it has gone for about 11 years now, very soon, those on amnesty will be on 60 and 70 years. So, we must begin to plan for what I call PAI, Post Amnesty Initiative.

Your Romance With Terrorists Pushing Us To Join Boko Haram, IDPs Tell FG