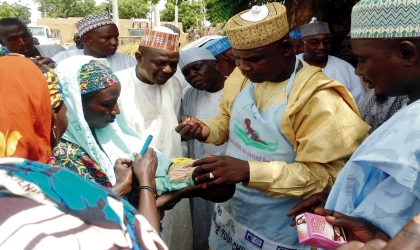 The New HIV Vaccine and Microbicides Advocacy Society (NHVMAS) yesterday urged the Federal Government to include oral Pre-exposure prophylaxis (PrEP), a HIV prevention drug, in the National Health Insurance Scheme (NHIS).
Mrs Florita Durueke, Executive Director, NHVMAS, made the call during a weekly online training for journalists on HIV prevention research.
Durueke said that including PrEP in the services of NHIS would reduce the cost and promote easy access to the drug to prevent HIV infection.
She described oral PrEP as a pill taken by an uninfected or HIV negative patient daily to prevent infection.
According to her, the drug offers protection or reduces the risk of HIV infection by 96 per cent when used consistently and correctly.
According to her, PrEP works for high risk persons such as people with multiple sexual partners, female sex workers, men who have sex with men, partners of infected patients and sexually active adolescents.
“Nigeria is still struggling with PrEP access for those at substantial risk of HIV infections.
“The main challenge with PrEP is that it is expensive; one month supply of PrEP costs about N500,000 or more.
“African countries such South Africa, Kenya, Uganda, Zimbabwe and Tanzania have thousands of persons taking PrEP because they have PrEP Access Programmes in place.
“However, in Nigeria where about 1.9 million people are living with HIV, only an estimated 400 to 600 people at high risk of infection are currently taking PrEP, “ she said.
Durueke said that the situation placed Nigeria at the bottom of African countries that recommended PrEP in national guidelines.
“It is contributing to the burden of HIV in the country,” she said.
Durueke urged the Federal Government to consider public financing or partnership with local and foreign donors for PrEP access.
She urged that the cost should be subsidised for those at a very high risk of HIV infection.
“If we can also push it into NHIS, the cost burden will not be much on patients.
“This will increase community demand for PrEP from people at risk of infection,” she said.
Also speaking, Mr Oluwatosin Alaka, Programme Coordinator at NHVMAS, said the national roadmap on PrEP access in Nigeria was still at the draft stage as at May 2019.
“Nigeria needs to move fast to get PrEP access and roll it out to target population, so that we are not left out in the fight against HIV prevention response,” he said.
The News Agency of Nigeria (NAN) reports that in 2014, the World Health Organisation (WHO) first recommended offering PrEP to only men who have sex with men.
However, based on further evidence of the effectiveness and acceptability of PrEP, in September 2015, WHO recommended that people at substantial risk of HIV infection should be offered PrEP as an additional prevention choice, as part of comprehensive prevention.