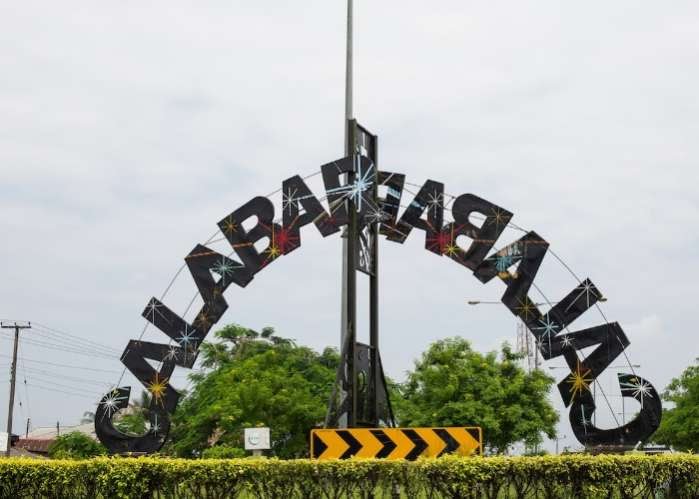 The Cross River Government in partnership with the National Drug Law Enforcement Agency (NDLEA), and the Special Anti-Robbery Squad have demolished suspected narcotics joints in Calabar metropolis.
Demolition exercise, which was facilitated through the office of the State Security Adviser (south), started at around 7.am on Wednesday morning within Calabar South and Municipality LGAs respectively.
The team demolished a kiosk at Bogobiri area, inhabited mostly by Hausa/Fulani as well as an uncompleted building at the target road by Murray street, all in Calabar South, while another uncompleted building was also demolished at Ediba street in Calabar Municipality.
Speaking shortly after the exercise, Mr. Ani Esin, the State Security Adviser (South Senatorial District), said the operation was carried out after an extensive investigation of the various spots.
Esin told newsmen that the State Government was out to chase all suspected criminals from their hideouts including those who take and  deal on hard drugs of any form.
According to him, the spot at Bogobiri area was destroyed after the Hausa/Fulani community raised an alarm on the high level of youth involvement in hard drugs.
He said that the spot was also harbouring suspected “aliens” who had come into Calabar without valid travel documents.
In his words, “we are on the ongoing campaign to eradicate crime from the city of Calabar and they have started this by demolishing all criminal hideouts and arrest those on our wanted list.
“We are also giving a shot at the immigration policy of the State because we have found out that some migrants are trooping into the state unaccounted for.
“We had to go to the Hausa/Fulani community in Bogobiri because we have a strong relationship with them to strengthen this operation; we want all those coming into the state to be unaccounted for.
“Bogobiri area is known for drugs and other related offenses and it is almost a capital for drugs in Calabar and we have to move in collaboration with the people to destroy the drugs spots,” he said.
He further explained that the spots that were destroyed have been on the watchlist of security agencies in the state.
Ani said that various stakeholders and community members in various areas have raised alarm on the activities of the drug barons.
It was gathered that on sighting the team at Target road by Murray, the youths took off through the fence, leaving the drugs substances on the table and some of their merchandise.
Esin advised house owners to always check the activities of some youths around their uncompleted building, adding that, anyone used for drugs business will be demolished.
From FRIDAY NWAGBARA, Calabar