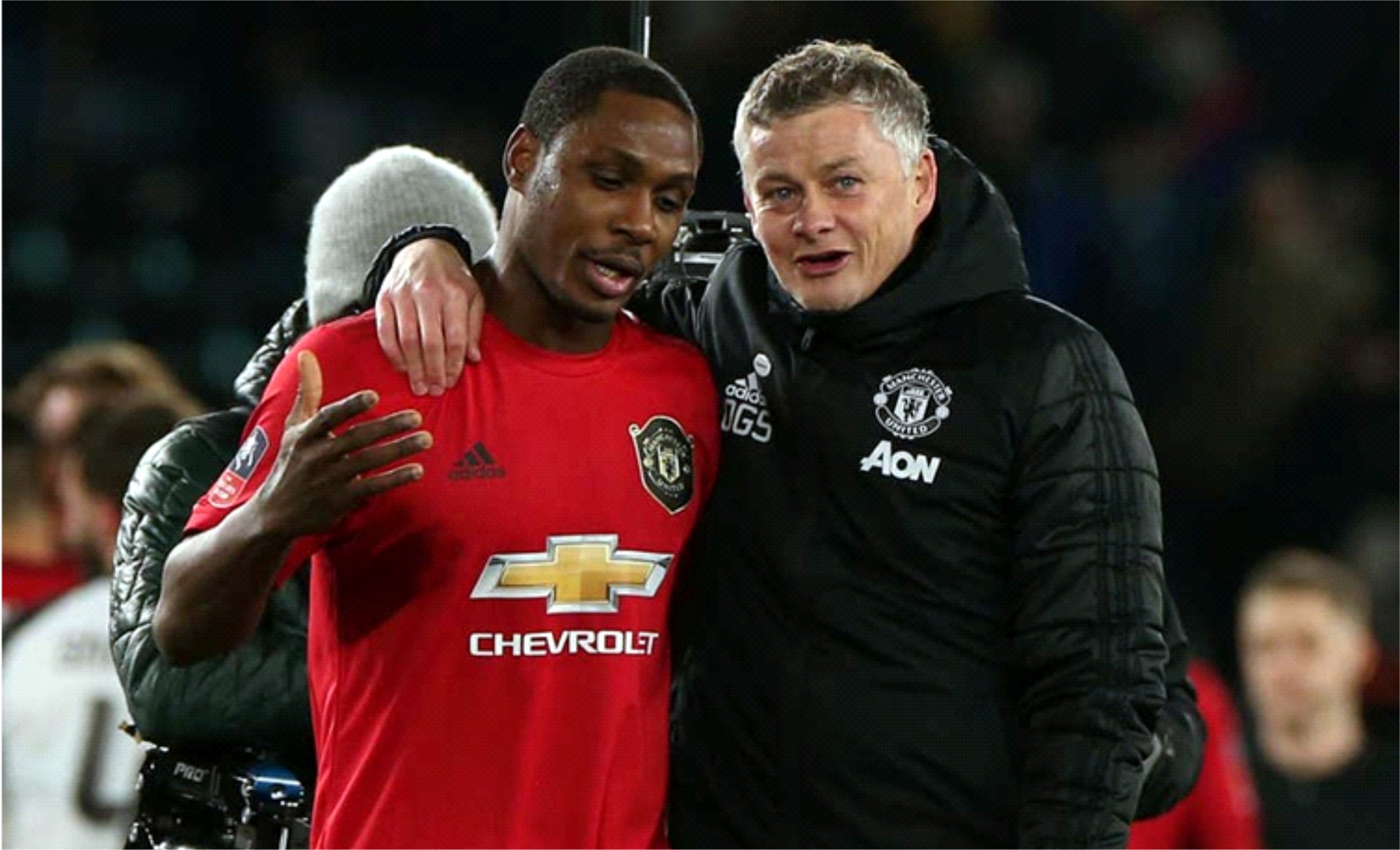 As a young boy growing up in Nigeria, Odion Ighalo had to save up his lunch money in order to watch his beloved Manchester United on TV at the weekend.
Now 30, he is a United player, having signed for his boyhood club on loan until the end of the season from Chinese side Shanghai Shenhua in January.
Since then, Ighalo has scored three goals in eight appearances for Ole Gunnar Solskjaer’s side, and enjoyed his first Manchester derby victory on Sunday.
In a wide-ranging interview with the BBC, he discusses growing up as a united fan, the panic to make his move from China possible and the impact team-mate Bruno Fernandes can have.
When I was growing up, I knew a lot about football because I saw some of my grown-up siblings watching football on TV and they supported Manchester United.
Sometimes you would listen to commentary on the radio. Sometimes you would go out to watch at the viewing centre because some of us didn’t have the opportunity to subscribe or pay to watch.
During the week, you had to save every day from Monday to Friday to be able to do that, so I’m happy I did that because my life was all about football. I played football and I watched my team and it was one of those things I cherished every weekend.
You’d get ready, wash your jersey and go out and support your darling team. You had to save for it because without, you can’t watch.
Sometimes you would just go there and see, if you were lucky, if someone would pay for you or sneak you in, but sometimes it wasn’t possible. Sometimes you would just hear if they scored – when they shouted “goal” when Man Utd scored – and you would wait outside until the game finished, you got the result of the game and then you would go home happy.
To be the first Nigerian to play for Manchester United is a great achievement for me which I am going to cherish for the rest of my life because it’s not easy to dream something and it comes true. It’s a great feeling.
I never believed it was going to happen because the time difference from China to the UK is crazy and with the coronavirus that is going on in China.
But dreams do come true. I prayed about it and it happened. When my agent told me about it I was hoping and longing, but I was having doubts in my mind because I was in China. How was I going to fly to the UK? Am I going to beat this coronavirus to get in and united have another striker they are looking at?
I was happy my name was being mentioned but I did not put my mind on it 100% because I thought it was not going to happen because of the situation in China.
When my agent called me and told me Manchester United wanted to do this deal I said “are you serious?” and “how am I going to speak to the director because he doesn’t speak English?”.
I had to go to the translator and bang on his door. He had to go to the director to talk. I was talking to the translator and he was translating to the director, there were three-way calls with my agent and Man Utd were talking too. I didn’t get to sleep until 6am.
It still feels like a dream sometimes. But I don’t want to get carried away with too much emotion so that I am able to concentrate on training well and playing well. I know I am playing for the biggest club in the world.
Before the game, we knew it was going to be tough because we were playing against a good side, but we are United. We are capable of beating any team if we play to our standard and play very well, which we did.
You could see everyone was buzzing from the first minute. Everybody from the first minute to the last minute gave everything they had, even those who came on from the bench.
This form can be sustainable because it’s hard work, belief and determination. The group are together working towards one goal.
I’m not saying we’re not going to lose games – sometimes we will. But we are sticking together, fighting together, and our belief is there. I think we have what it takes to do even better than we are doing now.
Ighalo and Bruno Fernandes both signed for United on transfer deadline day in January
It’s not my first time playing with Bruno. I played with him at Udinese back in 2010.
He’s a great player. He has vision. He’s the guy who wants the ball because he can do something fantastic with it if you give him space. He’s a good passer of the ball and he’s what this team needs to score goals.
You’re still going to see more and better from him because he is still getting used to the Premier League. When he’s finally settled Bruno Fernandes is going to do well in this team.
Before I came here I knew Manchester United were looking at him and I was hoping they would get him because he is a good player and I knew he was going to change the dynamic of the team.
He’s not going to have the best game every time but what he is going to bring to the team is going to be unbelievable.