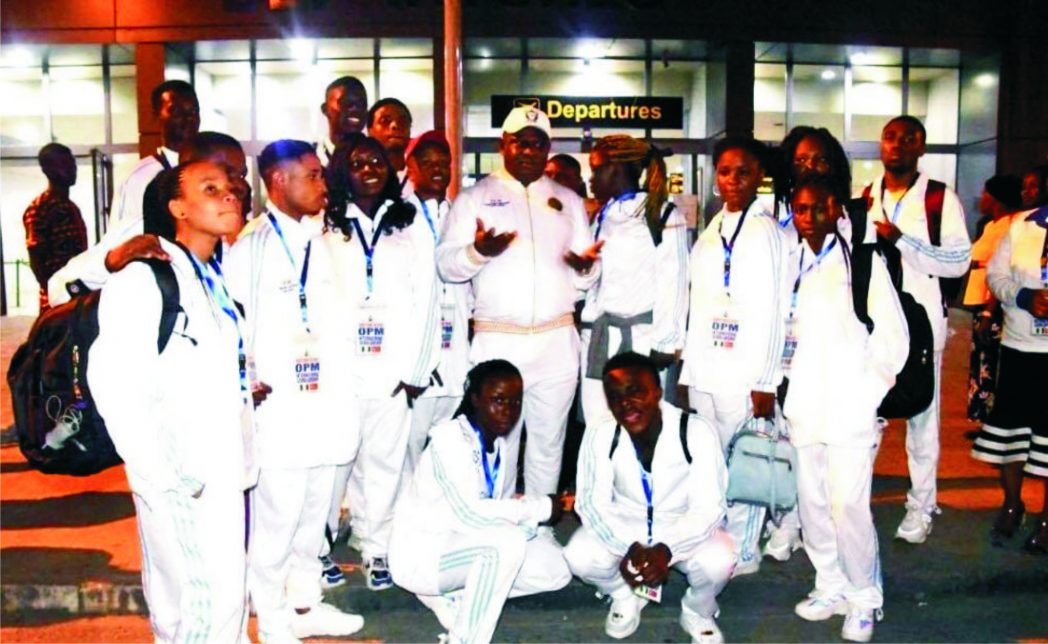 Sixteen out of 20 successful beneficiaries of the Omega Power Ministries (OPM) international scholarship scheme have finally left the shores of Nigeria for Turkey.
They were seen off at the Port Harcourt International Airport by the General Overseer of the church, Apostle Gift Chinyere Chibuzor and his crew, amid joy and felicitations with the overseas bound students.
Excited and joyful for the privilege and rare opportunity to study overseas on scholarship, courtesy of Omega Power Ministries (OPM), the beneficiaries were full of praises for Apostle Chibuzor for his love and selfless service to humanity.
While committing the great man of God and the members of OPM into God’s hands for divine blessings and favours, the students specifically asked that they too, be endowed with same grace and gift of charity so that they will continue on the same path of philanthropy like the General Overseer.
Addressing the students shortly before they boarded their aircraft at the Airport, Apostle Chibuzor said the scholarship was one of the several efforts of the church to unchain people from the shackles of poverty in the belief that once one person is lifted, the entire family will benefit.
According to Apostle Chibuzor, this is the way God’s money ought to be used, to help His children and win more souls for Him, hence, the scholarship scheme is non-denominational and open to all, irrespective of church, ethnicity and religion.
To qualify for the scholarship, he said, applicants were expected to pass an exam except some few exceptional cases where the Holy Spirit directs that the persons whose situations are very sympathetic be so favoured.
Apostle Chibuzor expressed optimism that the kind gesture would bring about positive change in the lives of the beneficiaries given their choice of courses of study and university, namely: Law, Medicine and Mechanical Engineering at the famous University of Kirlareli in Turkey.
The present batch of overseas students being sponsored by OPM is 20 but four could not get their visas along with their colleagues and have to travel on a later date since their schools fees and flight tickets had all been paid in advance.
The lucky beneficiaries of the scholarship are Charles Onyeka, Chigozie Victorious, Precious Chijoke, Harold David, Prince Festus and Kelvin Isaiah. Others include Emmanuel John, Grace Obienu Ukamaka, Emmanuel Olisa, Sunday Victory, Chukuma Woko, Enemuo Chibuzor, Nweaze Marvellous Uchechi, Hums Alfa Akachi, Ekeke Goodluck Onyekewa and Janet Ogbo.
Recall that OPM in recent times has been sponsoring overseas students on scholarship to places like Canada, United States of America, United Kingdom, Cyprus, among other countries but the 2018/2019 batch is the largest so far.

Herders With Arms Are Criminals – Okowa