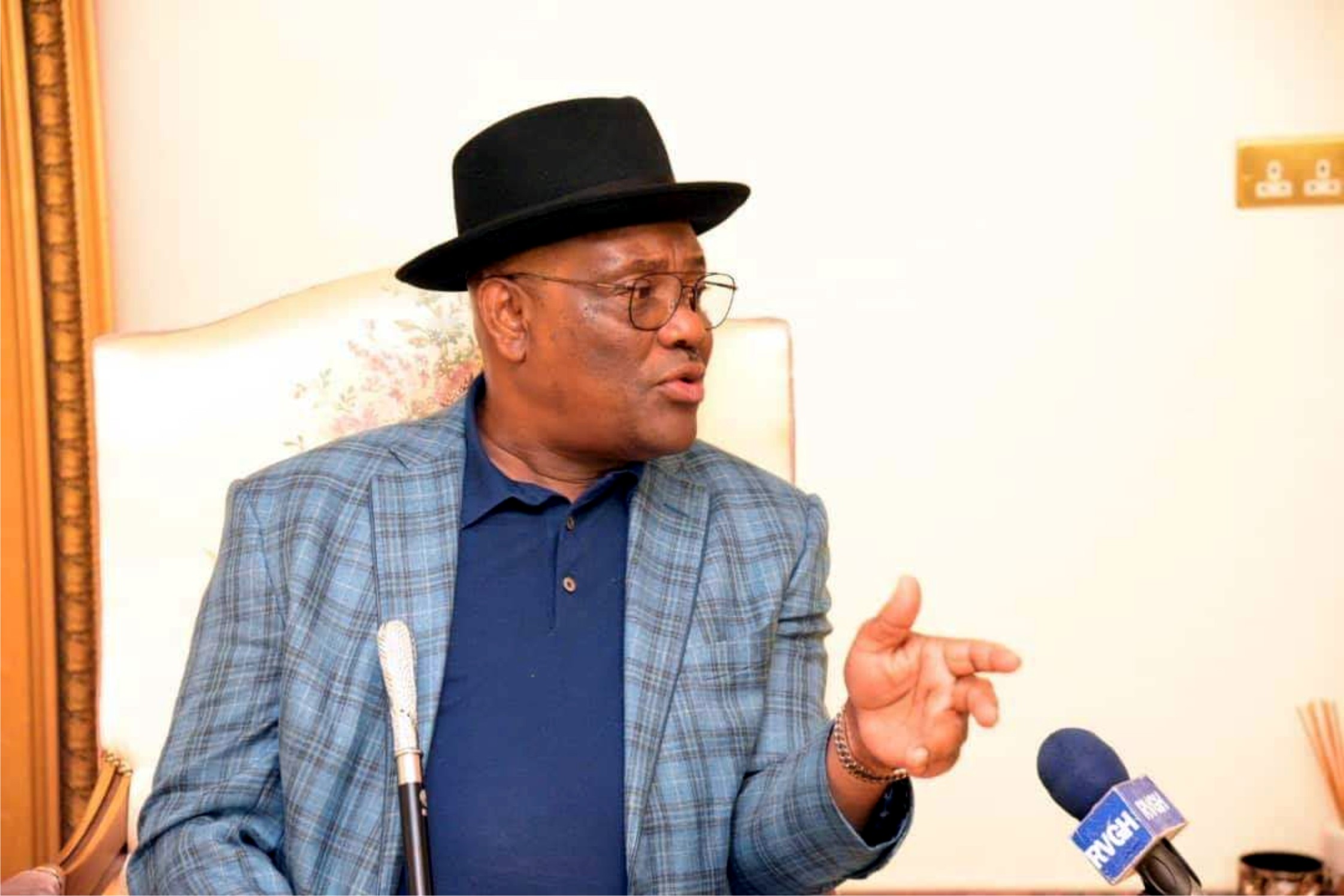 Rivers State Governor, Chief Nyesom Wike, has expressed dismay that since 2016 when the Ogoni Clean Up exercise was flagged off by the Federal Government, no tangible milestone has been achieved.
The Governor said rather than tell the world the level of success attained, Federal Government continues to deceive the people by circulating same story of handing over remediation sites to contractors and wondered if handing over sites to contractors means that the contractors have done the job.
Governor Wike who bared his mind on the issue last Thursday when the Minister of Environment, Dr Mohammed Mahmood Abubakar paid him a courtesy visit at Government House, Port Harcourt, attributed the failure of the programme to undue politicisation.
He further stated that the Rivers State Government was alienated from the programme to the extent that nobody has ever briefed the state government since the inception of the exercise, stressing that the only way the programme would work is when the stakeholders , including the state government work together.
He urged the Federal Government to stop playing politics with the programme if it is serious about it and to also stop using unqualified contractors in executing the project.
The Minister of Environment, Dr Mohammed Mahmood Abubakar, said they were in the state to handover additional 36 remediation sites to contractors as part of the clean up.
Also last week, the Rivers State Executive Council approved the sale of the abandoned 17-storey Stock Exchange building in Port Harcourt.
The State Executive Council meeting which was presided over by the state governor reached the decision following reports that criminal elements have turned the structure acquired by the state government to their hide-out.
The state Commissioner for Information and Communication, Pastor Paulinus Nsirim who briefed Government House correspondents after the council meeting yesterday disclosed this, adding that the council also approved that the property be advertised for sale.
Another major event in the Brick House within the week under review was Governor Wike’s reaction to the Supreme Court ruling on the Bayelsa State gubernatorial election which declared the PDP candidate, Douye Diri winner and the threat by the APC National Chairman, Adams Oshiomhole that the PDP candidate would not be sworn-in.
Wike, who berated Oshiomhole for making such unguarded utterances said the APC National Chairman had no such powers to make pronouncement after the Supreme Court had ruled on the matter.
He appealed to the Federal Government to warn Oshiomhole to desist from making inflammentory utterances capable of destabilising the country.
“He is making statements as if he owns the country. This is the same way he is carrying on in Edo State, fighting the governor.
“He believes that  he has the forces to cause crisis. He is arrogating powers to himself which is not good”, Gov Wike stated.
The demise of Governor Wike’s uncle, Chief Charles Wike attracted the Governors of Abia State, Dr Okezie Ikpeazu and Akwa Ibom State, Dr Udom Emmanuel who were in Brick House to commiserate with the Rivers State chief executive. While Governor Udom visite penultimate Sunday, the Abia State Governor came last Tuesday.
Both Governors had described the late Chief Charles Wike as an upright man who not only lived a life worthy of emulation but also gave Governor Nyesom Wike strong support and prayed God to give Wike and the family the fortitude to bear the irreparable loss.
Governor Wike also joined prominent politicians and top personalities in the country to attend the funeral service of  Mr Alozie Anyanwu, late son of an elder statesman, Prince Emmanuel Anyanwu at Saint Paul’s Cathedral, Port Harcourt.
The Rivers State governor declared last week that the contributions of late Chief Emmanuel Wonukwuru Aguma to nation building should spur upcoming leaders to work harder for the people.