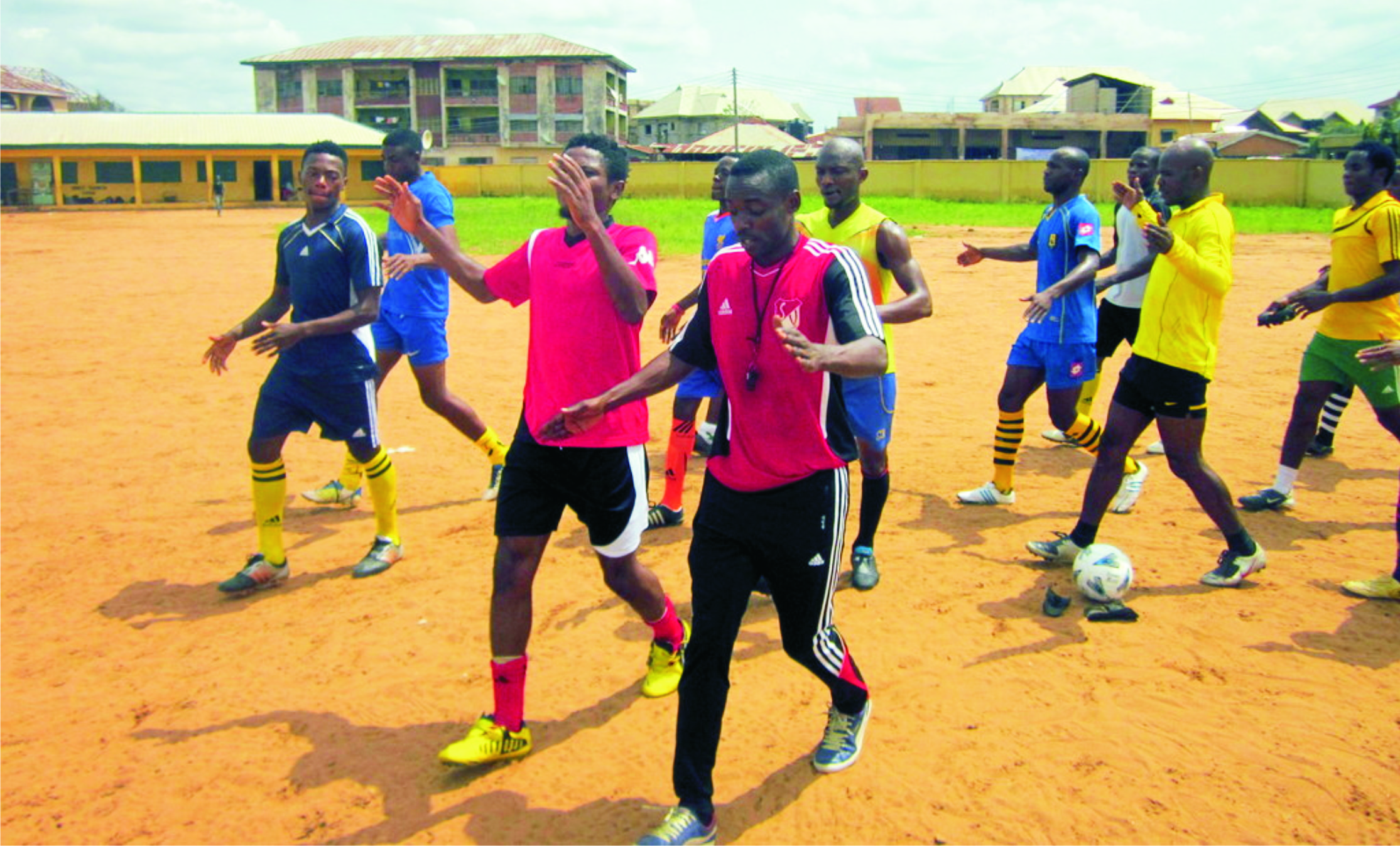 The Anambra Independent Football League (AIFL) 2019/2020 season will kick off on Friday with a match between Mekon United FC of Umunze and last season’s champions, Udala FC of Uke at Orumba South Council Stadium, Umunze.
The league will feature 10 amateur clubs, including Dosad FC, Enugu-Ukwu, GP World Football Academy, Nnewi, World Football Academy, Nanka and Rangels Football Academy, Achina.
Others are Obeledu United FC, Obeledu, Aspire FC Adazi, Ozalla Football Academy, Onitsha and Dynamic Sports Club, Aguluzigbo in Anaocha council area.
The AIFL which is in its fourth edition is a wholly private sector initiative at creating a robust football community in Anambra run in collaboration with Anambra Football Association (ASFA) and Anambra Sports Commission.
Coach Obinna Dike, Chairman of AIFL, told newsmen in Awka yesterday that AIFL Season 4 would be organised in line with the best international practices in football.
Dike, a Catholic Priest and FIFA graded Coach, said AIFL was providing the platform to keep talented footballers in top shape all year round beside the FA Cup, adding that matches would be played on Fridays on home and away basis.
He described the journey so far as successful while calling on firms and individuals to key into the opportunities in the interest of the game.
“Our league is a 10-team format, we had 17 applications but we had to zero it to 10 sustainable teams to conform with our format.
“Although AIFL is an amateur league, but we are running it as a professional one, so at the end of the season one or two may be relegated,” he said.
Meanwhile, the league organisers have recognised a Correspondent of newsmen in Awka, Chimezie Anaso, and broadcaster Ikem Asika with the AIFL Development Awards for their roles in the promotion of AIFL activities.
Bishop Paulinus Ezeokafor of Catholic Diocese of Awka, Ifeanyi Ubah, ASFA chairman, Poly Emenike and Rommy Ezeonwuka owners Neros and Rojenny stadia were also honoured.
Churches, individuals and media outfits were among those that were recognised by the AIFL management.