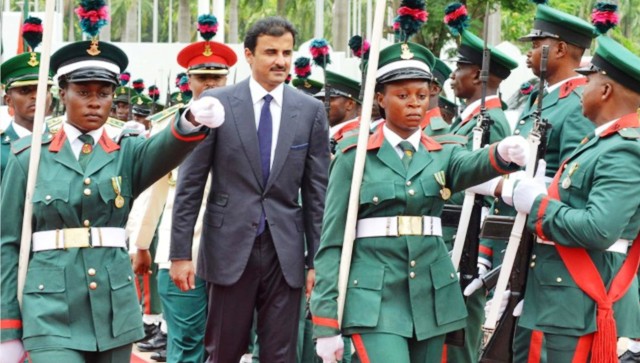 The Nigerian Petroleum Development Company Limited (NPDC) will be producing 40 per cent of the nation’s Liquefied Petroleum Gas (LPG), also known as cooking gas, before the end of the year.
The Nigerian National Petroleum Corporation (NNPC) disclosed this in a statement by its Group General Manager, Public Affairs Division, Mr Ndu Ughamadu, in Abuja, last Thursday.
The statement said that the NPDC was set to unveil the largest LPG and Propane Storage and Dispensing Facility in Oredo, Benin City.
It said it was part of concerted efforts to fast track the consumption of LPG in the country.
Also in the statement, the Managing Director of NPDC, Mr Yusuf Matashi, said the inauguration of the gas bay would be a huge revenue stream for the Federal Government.
According to him, the facility, which is an extension of the Integrated Gas Handling Facility (IGHF) plant, had the capacity to dispense 330 tonnes of LPG and 300 tonnes of Propane daily.
He added that it would also dispense 100 million standard cubic feet of gas per day (MMscfg/d) and 260 barrels per day Condensate from the IGHF plant.
He said that the facility was centrally positioned to supply LPG to Lagos, the South-South; South-East and to the North in order to grow its consumption across the country.
Matashi noted that currently NPDC was the largest supplier of gas to the domestic market with about 90 per cent of gas supply targeted at power generation to drive the nation’s economy.
“We are paying greater focus on our 100 per cent assets production. NPDC assets will deliver a lot in terms of meeting its (crude oil and gas) volume targets.
“We currently contribute 10 per cent to daily national production and by end of 2019, the company is looking at 15 per cent contribution to daily national production.
“NPDC’s production outlook for 2019/2020 was on the bright side, the company is aggressively pursuing its drilling and field development programmes as approved by the management of NNPC,” he said.
He revealed that the company had oil reserve base of 3.6 billion barrels and gas reserve of 15 trillion cubic feet from its involvement in 29 concessions- 22 Oil Mining Leases (OMLs) and 7 Oil Prospecting Licenses (OPLs).
He explained that the flagship Upstream subsidiary of NNPC would continue to lead exploration and production company of choice going forward.
Matashi said that NPDC maintained cordial relations with regulatory agencies, such as the Department of Petroleum Resources (DPR), adding that the company had maintained its remittance of royalties and Petroleum Profit Tax to the Federal Inland Revenue Service (FIRS).
He said that NPDC and its various host communities were living in peace due to the company’s commitment to sustainable community development policy.