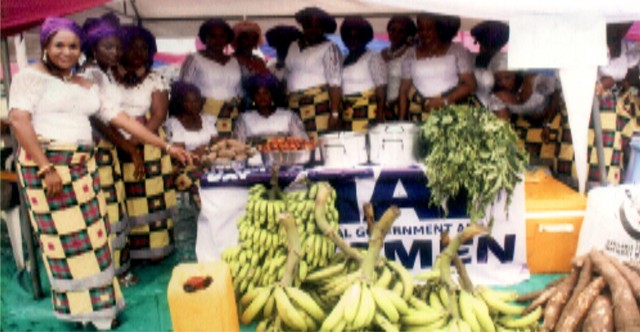 Rice Farmers’ Association of Nigeria (RIFAN), Zaria Local Government chapter, says it has withdrawn from the Federal Government’s RIFAN loan scheme due to alleged shady deals.
The Chairman, Malam Mohammed Lawal-Jibril made the disclosure while addressing journalists in Zaria, Kaduna State, Monday.
The Tide source recalls that the Federal Government, in collaboration with Central Bank of Nigeria (CBN) had introduced the RIFAN loan scheme to boost rice production and make Nigeria self-sufficient in rice production.
Lawal-Jibril said his members pulled out of the scheme because it was not designed to assist the poor farmers, instead, it was meant to enrich some few individuals outside the business.
The chairman lauded the efforts of the Federal Government and the (CBN) for initiating the scheme.
He, however, said the entire scheme was hijacked by some selfish individuals, who were now exploiting the opportunity to their advantage at the expense of genuine farmers.
“Fertiliser was sold at N5,500 government approved price; but why should rice farmers pay N8,500 for a bag?
“If it cannot be subsidised below N5,500 why not give it to us at government price.
“In a similar vein, the prices of sprayer, seeds, chemicals and all other tools are inflated. Apart from that, harrowing, planting and harvest per hectare were all inflated because it is going to be done by somebody not the farmer himself.
“Therefore, RIFAN Zaria chapter is pulling out of this scheme because of some shady deals there; there are some regulations that are detrimental to farmers and farming business.
“We have carefully examined the scheme and realised that a farmer will eventually gain nothing at the end of the programme,” he said.
The chairman said that at the initial stage, they were told something different but when things unfolded, they saw something different from what they were told.
He recalled that when the RIFAN Chairman in Kaduna State, Alhaji Junaidu Zubairu-Birnin-Daji visited Zaria, he publicly admitted that the scheme had encountered some problems
Lawal-Jibril said the state chairman, however, pledged to bring sanity into the scheme with a view to correcting the anormaly for the good of both individual farmer and the entire society.
He wondered how a farmer could benefit from a scheme where all the farming activities would be done by separate companies on his farmland?
He advised the Federal Government to urgently re-visit the scheme in order to make necessary corrections to enable the progrmme record the desired success.
When contacted, the RIFAN Chairman in Kaduna State, Alhaji Junaidu Zubairu-Birnin-Daji, debunked the allegation, saying that Zaria chapter needed to be given money instead of farming inputs.
“They are not real farmers, they want us to give them money not the inputs. If you are a real farmer and you are given the farming inputs, all you have to do is to go ahead and continue with the business.
“However, on the issue of harrowing, ploughing and ridging, this is where they should have emphasised because N10,000 is set aside for each of these per hectare”, he said.

The United Nations Industrial Development Organisation (UNIDO) says agriculture is a key sector for Africa’s development and prosperity.
UNIDO’s Managing Director, Corporate Services and Operations, Yuko Yasunaga, made this known recently while speaking on behalf of its Director-General, Gerd Müller, at a virtual side event organised by UNIDO and the African Union Commission (AUC), titles,  “Building Resilient and Sustainable Agro Industries: Enhancing Africa’s Agricultural Potential”.
Yasunaga said UNIDO, as the lead agency for implementing the Third Industrial Development Decade for Africa (IDDA III) initiative, was committed to the continent’s industrialisation.
He expressed appreciation over the role played by Japan in Africa’s development and Japan’s active collaboration with UNIDO.
The Head of Industry at the AUC Department of Trade and Industry, Hussein Hassan, highlighted the need to build resilient and sustainable agro industries.
“This is vital to enhance Africa’s ability to drive structural transformation and achieve the overarching objective of feeding its 1.3 billion people,” he said.
Hassan commended Japan-Africa relations under the TICAD process and UNIDO’s role in accelerating industrial development.
He called on the partners to support the African Union Summit on Industrialisation and Economic Development slated for Niger State in November.
The summit is to provide an international platform to devise new strategic policies, resource mobilisation, and innovative partnerships, as well as play a key role in agro-industrial development of the continent.
The event was held on the sidelines of the recent Eighth Tokyo International Conference on Africa’s Development (TICAD8), led by the Government of Japan.

Federal Government said it would prioritise increasing agricultural processing capacity in the country.
This, it said, it would do by establishing several cottage industries to produce staple food products in which it has comparative advantage.
Permanent Secretary, Federal Ministry of Agriculture and Rural Development, Dr Ernest Umakhihe, disclosed this, at the recent 45th Regular Meeting of the National Council on Agriculture and Rural Development (NCARD) in Jos, the Plateau State capital.
Umakhihe, who was represented by the Director, Department of Agriculture, Land and Climate Change Management Services, Shehu Bello, said the government would ensure a steady off-take of produce from out-growers, enhancing the income of farmers and entrepreneurs across  commodity value chains.
According to him, “the Ministry will collaborate with state governments and other stakeholders towards improving the agricultural commodity value chain development to enhance the livelihood of the smallholder farmers”.
In a statement by the Chief Information Officer, Ezeaja Ikemefuna, the Permanent Secretary said the agriculture sector requires deliberate decisions being taken to boost it.
“The agricultural commodity value chain development as a cornerstone and strategic implementation imperatives for the prevailing sectorial policy framework requires a robust discussion and deliberate decisions on intervention models”, the statement noted.
He said the foundation to achieve the desired success is to commit to the provision of incentives, increase the output and quality of agricultural commodities to meet and surpass national requirements, as well as achieve a diversified economic base with Agriculture leading the way for the non-oil sectors of the economy.
He noted that through the launch of National Agricultural Technology Innovation Plan (NATIP)  2022 – 2027, the Ministry has demonstrated commitment of the sector to address conceivable challenges bedeviing the sector, with a focus on strengthening and developing the agricultural value chain.
The impact, he said, has been enormous as it contributes to food security, increases productivity and efficiency, engenders diversification, generates higher incomes and reduces post-harvest losses and above all, generates employment opportunities.
He urged the stakeholders to approach the deliberations with broad mind, and add value to all the issues for the overall impact of the sector in the economy.
He also implored them to proffer concrete and practical suggestions that would assist the Council in reaching meaningful decisions.
The Plateau State Commissioner of Agriculture and Rural Development, Dr. Hosea Finangwai, on his part, sought that the memorandum for the upgrade of the potato station at Karu be given priority on its merit.
He added that the state accounting for over 90 per cent of the production, livelihood and income of farmers is currently threatened by the monstrous potato blight.
The programme was themed, “Strengthening Agricultural Value Chains Development Process for Food Security and Economic Development”.

Minister of Industry, trade and Investment, Mr. Niyi Adebayo, has said the Federal Government is working assiduously to earn as much as $4bn annually from cashew exports as against $450 million yearly.
Adebayo, who disclosed this at a media briefing in respect of the 16th Annual Conference of the African Cashew Alliance to be held in Abuja, said the country currently produces about 260,000 metric tonnes of cashew nuts annually.
He stated that the plan is to raise the figure to 500,000 metric tones annually.
Represented by the Permanent Secretary of the Ministry, Dr. Evelyn Ngige, the Minister said a lot of sensitization is being carried out on the investment opportunities of hosting the event in Nigeria.
He said investment opportunities in the cashew sub-sector “is capable of generating immense wealth and employment for Nigerians”.
According to him, this cuts across the cashew value chain from cultivation, harvesting, processing, storage, and marketing, to exporting.
He disclosed that Nigeria currently has 15 active processing plants with capacity to produce 55,750 metric tonnes, adding that other eight inactive plants have the capacity to produce 8,500 metric tones.