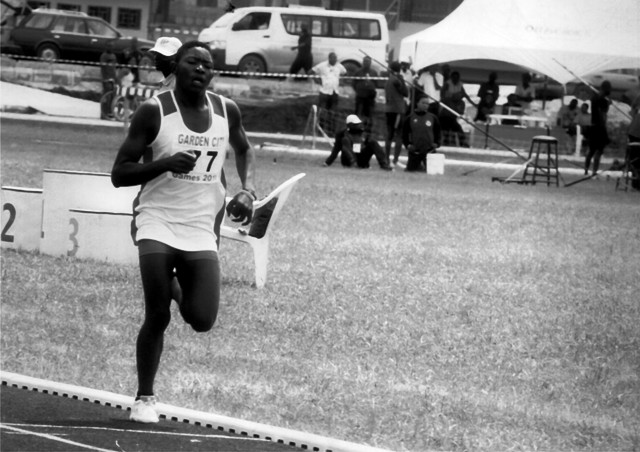 No fewer than 15 athletes of the Nigeria Police are to be honoured for exemplary conduct by Enugu State Police Command.
The Command’s Sports Officer, Ebere Amaraizu, disclosed this to Tidesports source on Tuesday, in Enugu.
Amaraizu, who is also the command’s Public Relations Officer (PPRO), said that some of the athletes to be honoured were those who performed exemplarily in sports in 2017.
He said the State Commissioner of Police, Mr Mohammed Danmallam, gave the directive.
Amaraizu said Danmallam directed that a grand recognition ceremony be held to honour all sportsmen and women who made the command proud nationally and internationally in 2017.
He said that the command’s athletes performed well in the last Police Games and the One Service, One Game (OSOM) involving all security agencies in Kaduna State in 2017.
Amaraizu said that some players in the command’s football team, Crime Busters FC, also made the command proud at the just concluded National Nationwide League One (NLO) season in 2017.
He also said that some athletes in track and field (sprint) as well as taekwondo also did extremely well in national and international meets in 2017.
“This grand recognition and honour will help to encourage sports men and women within the command to put in their best in subsequent sporting events.
“It will also encourage potential sport talents to come forward and display their God given talents for the betterment of the command.
“We believe they will come forward since they know that they will get the full backing and support of the command, especially the commissioner of police,” he said.
According to Amaraizu the ceremony will hold on Jan. 19 at the Senior Police Officers Mess, Agbani Road, Enugu.