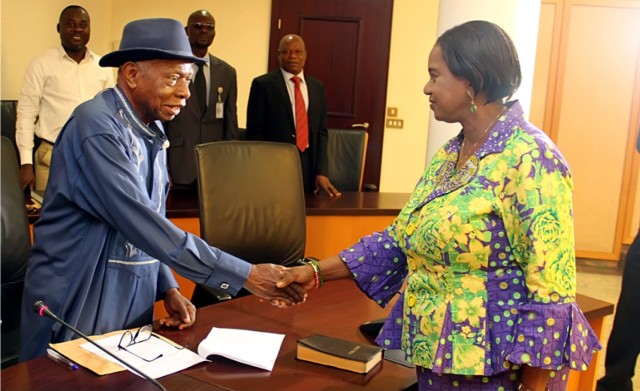 Residents of Port Harcourt have called on the National Assembly to without delay stop the move to grant Immunity for themselves in order to check the maladministration bedeviling the country.
In an exclusive interview with The Tide on whether the Immunity should be accorded to members of the National Assembly or not, some people interviewed backedout, saying that the move to grant them Immunity in the constitution should not see the light of day.
One of them is a Port Harcourt-based Businessman, Mr. Onyeka Otu, who disagreed with the motion on the Immunity opted that such power be taken away from them in order to check and correct the abnormalities in the leadership of this country.
According to him, “politicians use the power vested on them against the masses who voted them into power, adding “In other developed countries like America, India, Britain among others, there is nothing of such, it is only here in Nigeria.
“If you look at the 1999 Constitution undergoing amendment which the present government is claiming to be working on, it is far from the expectation of the people. The constitution in contention was planned and executed by the erstwhile Military Head of State, General Abdulsalami Abubarka”, he stressed.
On the constitution amendment, Mr. Otu urged the National Assembly and other stakeholders to ensure that the Immunity clause in the constitution for Lawmakers and other political office holders is expunged to allow for good governance, warning that any attempt to include such Immunity, will bring doom to the country.
He further advised that a purposeful National Conference on Constitution amendment which should accommodate all shades of opinion in Nigeria, be convened for Nigeria to move forward.
“The only recipe for economic growth in Nigeria is to allow Nigerians with different shades of opinion to contribute toward a better constitution through a national Confab”, he stressed.
Also contributing, a legal luminary, Barr. Chidi Ebiria urged the National Assembly to expunge from the constitution, the Immunity Clause for lawmakers or other public officers whether elected or appointed, saying, “Such power would encourage corruption, incompetence and other malpractices detrimental to the development of the country.
“The only solution to this constitutional amendment is to expunge without delivery the Immunity Clause for public office holders whether elected or appointed to allow for good leadership.
In her reaction, a trader at the Mile 1 Market, Madam Ann Eiemah, called on the state and federal governments as well as the National Assembly to review critically the issue of the Immunity, especially for Lawmakers, Council Chairmen, governors and others, to check their excesses in governance.
She however, noted that they abuse the power vested on them and lord I on the electorate without recourse, adding, “let them remove it completely through well organised constitutional conference where the people’s opinion will be heard”.