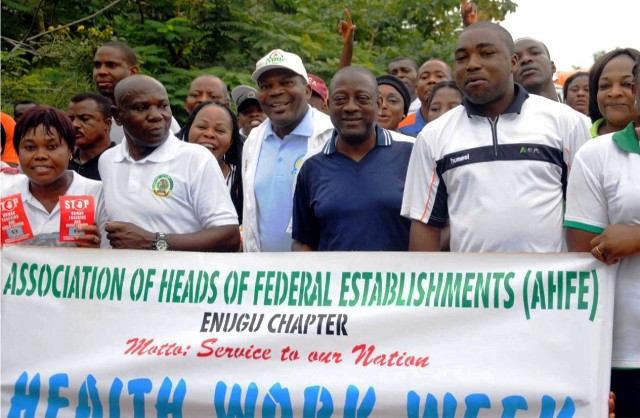 A one time  Commissioner for Finance and Lands in Enugu State, Deacon Okey Ogbodo, has protested the alleged illegal demolition of walls of his property by the Enugu Capital Development Authority, (ECDA), saying he would rely on the due process of the law and God to seek redress.
“I do not have the power or might, to reverse over- night this illegal action committed against me and my family, but I shall rely on the due process of the law of the land and the Supreme God whom I serve, to hold the perpetrators of this dastard act, to acoount, sooner or later.
Reacting, the  Commissioner for Enugu Capital Development Authority, Barrister Chidi Aroh, dismissed Ogbodo’s claim, pointing out that the property was pulled down based on reports from the state ministry of lands which marked it illegal structure.
The fence according Aroh, was not part of the original master plan of the layout, hence the need to bring it down.
However, Ogbodo, in a press statement he personally signed and made available to newsmen in Enugu yesterday, accused the ECDA officials of compromising  their duties.
Our correspondent recalled that the said structure located at Onah lane, off Agbani Road Enugu, had been under dispute, as St. Patrick’s Catholic church and some residents of the area had petitioned the state ministry of land and ECDA, claiming that the fence was obstructing free flow of movement of people and waterways in the area, adding that it was lying on access road.
The petitioners, had also posited that the controversial fence had continued to make life unbearable for residents of the area, insisting that it be removed.
But, Ogbodo accused the church of being determined to claim the said piece of land were the fence was erected from him at all costs,”even after I had made it known that, being an ancestral inheritance bequeathed to me and my siblings, I was not in a position to dispose off the land.
“I restate without equivocation that there has never been any such layout plan in existence. If the ECDA officials actually pulled down the walls of my property in satisfaction of the fake layout plan bandied about recently,then they have committed a heinous, unforgivable crime against, not just a law- abiding citizen, but a servant of God.
He alleged that the church connived with some corrupt town planning officials to manufacture a fake layout plan which purportedly designated the said land as lying on an access road. And may I ask, access road to where?
“In the past three months, I have cried out to the whole world, and made formal representations to the Enugu state Governor, Hon. Ifeanyi Ugwuanyi, and Speaker of the state House of Assembly, Rt. Hon. Edward Ubosi, detailing the dubious machinations of the church and its paid agents in government ministries and parastatals to have the land taken from me.
The ECDA Commissioner, told newsmen monday that his office acted based on reports from the ministry of Lands which carried out through investigation and established that the controversial fence was actually an illegal structure, which was creating serious problem for residents.