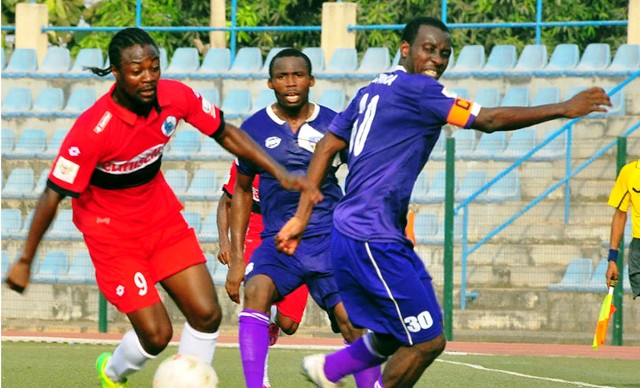 Benue state government has agreed to host the annual National Handball Championship in honour of Governor Samuel Ortom for the next three years, as 21 male and female teams begin battle in the maiden edition of the championship.
In a release made available to The Heraldsports by the Secretary of the Handball Federation of Nigeria (HFN), Alhaji Mohammed Haruna Maigidansama, six female teams; Defender Babes, COAS Babes, Safety Babes, Edo Dynamoes, Rising Stars and Benue Queens are participating in the competition.
15 teams are participating in the competition, and they include Anambra Kangaroos, Benue Buffaloes, Borno Spiders, COAS Shooters (Army), D-Defenders (NSCDC), Delta Force, Idah Pillars, Kano Pillars, Nigeria Navy, Niger United, Rising Stars, Safety Shooters (FRSC), Lagos Seasiders, Taraba Peace and Yobe Warriors.
The competition, which is holding at the Handball Court of the Aper Aku Stadium, Makurdi will end on Tuesday March 29, 2017.
In the opening matches of the championship, COAS lost 26-27 to Safety Shooters; Kano Pillars defeated Idah Pillars 47-24, while Delta Force lost 20-24 to Yobe Warriors, all in the male category.
In the female category, Defenders beat Rising Stars 40-23, while Edo Dynamoes outscored COAS 33-27.
The President of HFN, Alhaji Yusuf Daudu commended Benue state government for supporting the development of the game, even as he charged the participants to take advantage of the opportunity.

Discipline, Determination’ ll Keep Us At The Top – Onuwa