The Minister of Power, Works and Housing, Mr Babatunde Fashola says accumulated pension funds can be invested in the provision of infrastructure in the country.
Fashola gave this suggestion in Abuja while delivering a keynote address at the Nigerian pension industry retreat.
He said that it was important to acknowledge that pension reforms were beginning to gain foothold across most African countries.
The minister, however, expressed concern that the growing nature of pension funds in Africa had not translated into a better quality of life for the contributors of the fund.
According to him, while the sizes of these funds are happily growing and the number of contributors is increasing, there is no corresponding impact on the continent.
“The impact in the quality of life on the continent is not yet anywhere near minimum globally acceptable standards,’’ he noted. He said that there was a visible infrastructure deficit across Africa, in spite of the huge pool of pension of fund available in most African countries.
“No country to country rail service across most parts of these countries, the highways that connect most of the countries are in a very poor shape.
“These are roads that can easily be built and tolled to earn income to secure the return of pension funds invested in building them,’’ he explained.
He said that pension funds could be invested in the construction of roads and building of rail, among other critical infrastructure.
Fashola attributed the inability of African countries to translate the pool of resources at their disposal to lack of ideas. “The attitudes that once marred pension funds management, as scandals and lack of transparency, had led to very stringent legislative interventions,’’ he said.
He, however, explained that those avenues where pension funds could be fully invested with guaranteed return on investment still existed in Nigeria.
“They are in roads that can be tolled; the 4th Mainland Bridge, the coastal road linking several coastal states from Lagos to Bayelsa; the new seaport in Lekki and Badagry and housing.
“They are in hostels for students in Nigerian universities, power plants in the universities, most of which have teaching hospitals and provide opportunities to improve education and health care,’’ he said.
Fashola said that investing in pension fund was the biggest opportunity towards the diversification of the economy.
He said the impact the pension retreat could achieve with pension funds would be phenomenal not only in growth per Gross Domestic Product (GDP) but in creation of jobs through construction.
Fashola scored the present contributory pension scheme high, saying; “it is a story of better management; it is the starting point for this discussion because there is a hard lesson here.
“If people put their money into what they believe in, it is likely to serve them better.” 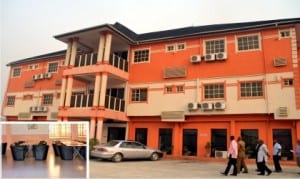