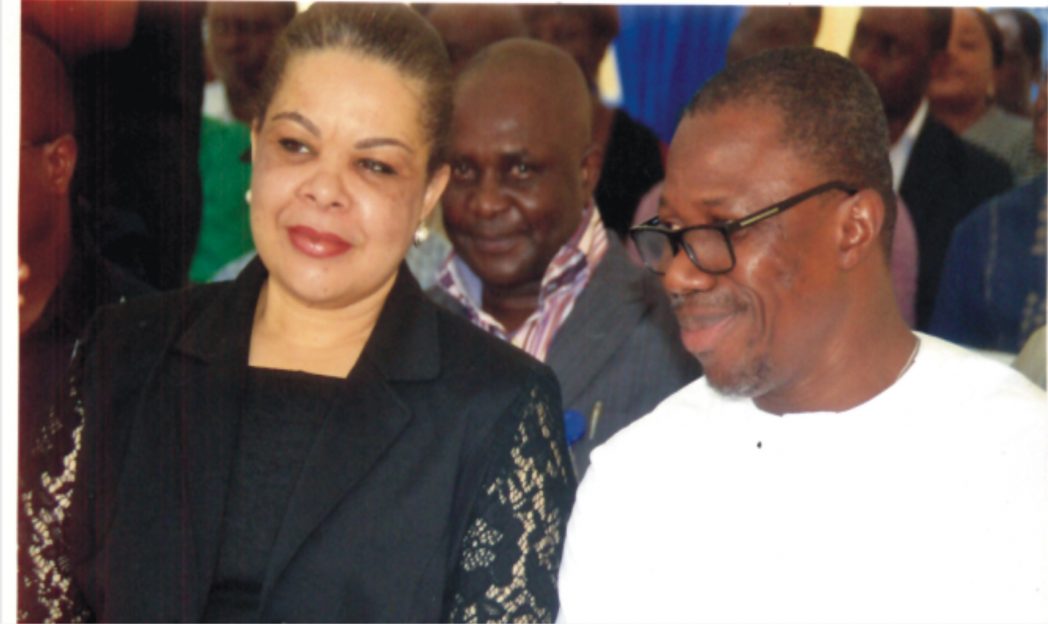 Representative of the Governor of Rivers State and Commissioner for Budget and Economic Planning, Hon Gogo Charles (right) conferring with Commissioner for Water Resources and Rural Development, Hon Patricia Simon-Hart (left) during the official flag-off of the RSWSRC in Port Harcourt, yesterday