Unarguably, recurring
conflicts and natural disasters in some parts of the country have caused many citizens to flee their homes.
Observers note that the recent upsurge in the violence perpetrated by the Boko Haram insurgents in the north-eastern part of the country has swelled the number of Internally Displaced Persons (IDPs) and humanitarian workers.
In May 2014, for instance, the multi-sectoral needs assessment of the United Nations (UN) indicated that there were 650, 000 IDPs in the north-east region, especially in Taraba, Adamawa, Bauchi, Gombe and Borno states.
In December 2014, however, the National Emergency Management Agency (NEMA) reported that 899, 856 persons had been displaced across the country as a result of Boko Haram insurgency and natural disasters.
Malam Sani Datti, the Senior Information Officer of NEMA, said that the agency had continued to respond to the plights of the IDPs, irrespective of their numbers or locations.
“NEMA relief materials have been delivered to the camps and they were immediately distributed to the IDPs, even as the agency deployed more officers to the locations to provide the necessary support which may be required from time to time,’’ he said.
Datti quoted the Director-General of NEMA, Alhaji Muhammad Sani-Sidi, as saying that NEMA had stockpiled sufficient relief materials which could support the IDPs for several months.
He said that the director-general had also, on regular basis, deployed humanitarian workers to assist the IDPs by catering for their basic needs and attending to their challenges.
This arrangement notwithstanding, observers note that NEMA is facing the growing challenge of dealing with the increasing number of IDPs at established camps, particularly in the north-east region of the country.
They also observe that as a result of sustained insurgents’ attacks on various communities in some parts of the country, there is a compelling need to provide more support for humanitarian workers.
Citing the attack on Gwoza as an instance, the observers recall that NEMA faced a serious challenge in finding camps for more than 12,000 IDPs in neighbouring towns and in transporting the IDPs to the camps.
They also note that in most cases, NEMA officials have an additional responsibility of tracking displaced persons to neighbouring countries like Republic of Niger and Republic of Cameroun to give them succour.
Malam Abdulkadir Ibrahim, NEMA’s North-East Zonal Information Officer, said that due to the insurgents’ capture of Gwoza town, the agency was compelled to establish a mobile unit to facilitate the prompt delivery of relief materials to the fleeing residents of the town.
He observed that a team led by Alhaji Muhammed Kanar, the North-East Zonal Coordinator of NEMA, had continued to manage the humanitarian crisis in the affected areas.
He stressed that the agency was working in collaboration with other agencies such as local emergency management authorities, the Red Cross and Doctors without Borders, to provide quality humanitarian services to the IDPs.
“We are up to the challenges; one will not dispute the fact that nowadays, the insurgency is making things difficult for us.
“One of the most challenging situations we are facing is the IDPs who fled Nigeria and became refugees in neighbouring countries; we cannot reach them without appropriate diplomatic arrangements and this takes time.
“In any case, anywhere we have IDPs, we try as much as possible to see them and give them the necessary support they require for their survival,’’ he said.
Ibrahim said that the upsurge in insurgent activities in the region in recent times had stretched NEMA to a limit which necessitated its preparedness at all times to meet the people’s humanitarian needs.
As a way out, Datti said that NEMA had trained volunteers to work as members of emergency management vanguards, in collaboration with the Red Cross, in efforts to set up camps and register IDPs.
Mr Daniel Ali, the Secretary of Gwoza Christians Community, conceded that NEMA had been regularly providing relief materials for more than 5, 338 IDPs quartered in different churches located across in the town.
One of the IDPs in Gwoza, Malam Baba Ishiaku, commended NEMA for “coming to this place constantly, and this shows that we still have good brother’s keepers in our country.’’
He, nonetheless, urged NEMA to provide more relief materials because of the influx of more displaced persons into the camps.
In his view, Mr Bukar Amsami, the Chairman of IDPs in Konduga, Borno, said that NEMA had made life in the camps less traumatic by providing good meals for the IDPs, among others.
“Besides, NEMA has donated a lot of relief materials to us. Its officials visit us about six times every day. We have enough food now but the only problem is that we ought to be empowered.
“We want to go back to our houses; the government should provide us with resources because we have lost all what we have.
“We are also provided with medication in this place. We were more than 2, 000 at the initial stage,’’ he said.
Another IDP from Damboa, Borno, Mr Ibrahim Damboa, said: “We are well fed here but that notwithstanding, we want to go back to our homes.
“Before, we are facing medical challenges but the problem is now over with the coming of Doctors without Borders; the IDPs here were formerly 800 in number before but now, we are just 300,’’ he said.
The good work of NEMA and other humanitarian workers will certainly endure, going by the assurances of, President Goodluck Jonathan.
The president, who spoke on the World Humanitarian Day on Aug. 29, 2014, pledged the Federal Government’s continued support for policies and programmes that could promote humanitarianism in the country.
All the same, Mr Janice Kopinak, an expert in humanitarian aid and health advisor, said that although achievements in humanitarian aid had been quite impressive, all the stakeholders should be alive to their various responsibilities in emergency response activities.
He underscored the need for donors, governments, aid workers and the public to develop a clearer understanding of the pragmatic roles they ought to play in emergency situations.
Kayode Olaitan, News Agency of Nigeria (NAN) 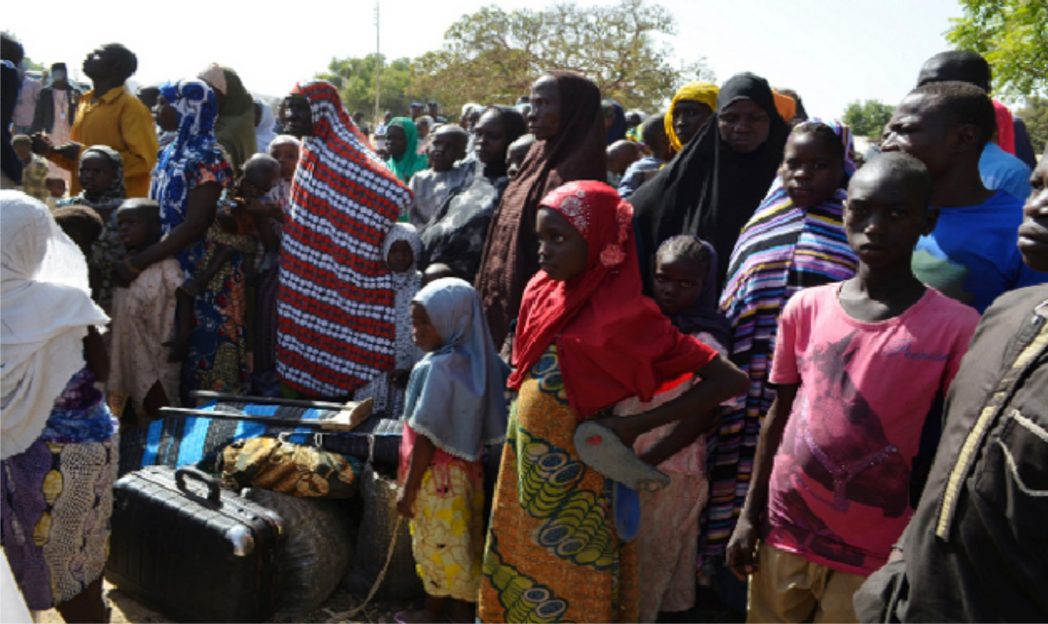