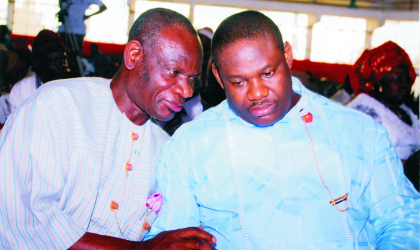 The Petroleum Products Pricing and Regulatory Agency (PPPRA), says its last analysis has revealed that Nigerians consume an average of 35 million litres of fuel daily.

The Executive Secretary, Mr Abiodun Ibikunle, said this yesterday in Uyo in an interview with newsmen shortly after a two-day management retreat of the agency in Akwa Ibom State.

In the past days of lingering fuel scarcity, many Nigerians had doubted whether the authorities had adequate knowledge of the quantity of fuel demanded in the country.

He said: “One of the things that created scarcity in the past was the fact that marketers were not paid their subsidy claims on time but since November last year that had changed.

“Government has been paying it promptly, government has also introduced innovative scheme, which is sovereign debt instrument, which guarantees payment of verified claims within specified period of time.

“I just want to reassure that the supply and distribution situation is very good and we are all very comfortable and there won’t be any scarcity whatsoever as long as the current trend continues.

“We have been getting regular supply of PMS (petrol) into the country through importation and all the storage depots now are full and loading of products have been going on very well and there is no reason for anybody to express fear.”

Ibikunle said that the agency was happy that petrol was everywhere in the country at regulated price of N65 per litre.

“So it is something, we believe have shown that all the efforts PPPRA have put into supply and distribution of petroleum products are yielding good dividends,” Ibikunle said.

He refuted allegations of corruption raised in some quarters against the agency and said that the body would not encourage “cartelisation” and monopoly.

“We know who the major players are within the system and we try as much as possible to accommodate them by allocating most of the volumes that are required within the quarter to them to ensure that products are available.

“We also take care of the smaller companies that have expressed interest because we want to have a competitive product supply system.

“To a large extent, the agency has succeeded because the products are available everywhere in every corner of the country as we speak,” the PPPRA scribe said.

He said the agency accommodated the interest of all players in the system including the major marketers, independent marketers, storage depot owners, traders and investors in the sector.