The handing over ceremony which took place at college premise, is Mobil’s contribution to computer literacy in the school.

Speaking while performing the ceremony, Executive Director, Mobil Producing Nigeria, Gloria Essien Danner, noted that the donation of the 15 Dell Computer sets, three LaserJet printers, 15 computer chairs and tables was in response to the request the school authority made to the company last year, pointing out that the donation was further influenced by the joint venture’s interest to assist government develop the education sector in the state.

Essien-Danner, who was represented by the superintendent, Shore Base Onne, Captain Adajimi Adu, expressed optimism that the computers will contribute in no small measure in ensuring that students and academic and non-academic staff are computer literate, adding that it will generally enhance work in the school.

While noting that the importance of computer cannot be overemphasized in this technological age, she solicited for proper usage as well as maintenance and security by the school management in particular and the community in general.

Her words, “we live in an information technology age. Computer literacy is very vital in today’s world and as a responsible and responsive corporate citizen, we cannot allow our young minds remain computer illiterates. We are happy to bring this exciting moment to the students of Government Technical College, Ele-Ogu”.

Essien – Danner disclosed that apart from the computers, the school had previously benefited from the construction of classroom/office block as well as a 40KVA diesel generator from the company.

Earlier in an address, the principal of both the senior and UBE section of GTC, Ele-Ogu, Mr Edori Simeon, had expressed gratitude over the donation, saying, “we are particularly happy with Mobil for their kind contribution towards the growth and development of the school. We state with pride and honour and without fear or contradiction that Mobil Shore Base, Ikpokiri/Onne oil and gas free zone is a friend indeed to the community friendly company”.

Simeon, who was overjoyed further posited that Mobil has shown what he described as aggression in the upliftment of the school via the construction of four classroom blocks housing the administrative offices, staffroom, the ICT rooms as well as the proposed library. He also disclosed that the company had supplied sundry sports equipment, 1000 copies of 80 leaves exercise books each on two occasions and donation 40 KVA generator and diesel tank to the school.

Also speaking, secretary to Ogu/Bolo local government area, Mr Ibiboyi Iyaye who stood in for the council chairman and Chief J. R. Amakiri, representing the Amanyanabo of Ogu, tasked the school authority on the judicious use of the computers. 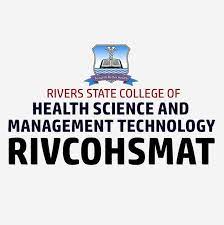