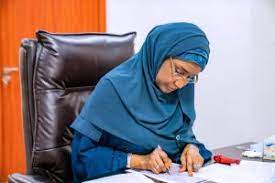 The Savannah Centre for Diplomacy, Democracy and Development (SCDDD) has faulted the three-month ultimatum by Niger Delta leaders to the Federal Government, to convene a national dialogue.
The SCDDD Executive Director, Amb. SaniBala, said this in a statement in Abuja, yesterday.
Bala said that while the centre aligned with the Niger Delta leaders on the need for the Federal Government to convene a national dialogue, it should not be with a timeline.
“The centre is aware that achieving these takes time and resources and considers it unrealistic to propose or support any timeline to the Federal Government.
“However, a call for representatives of ethnic groups to chart a new course via a national dialogue to be convened by the Federal Government is in order.
“The call is in line with our aim of mainstreaming a society-driven national dialogue.”
Bala, however, said the centre did not share the three-month ultimatum the Niger Delta leaders issued to the Federal Government to convene the dialogue.
“This is without any prejudice or iota of intention to down-play the import or challenge the right of the Niger Delta people to express their views,” he said.
He said the centre was committed to promoting consensus on workable pathways to durable peace, national unity, security and sustainable development.
‘The centre is set out to achieve a patient and rigorous dialogue for consensus by all stakeholders, on peaceful and systematic ways of addressing major challenges of governance and nation-building.
Bala said he was happy with the media for the wider dissemination of its ongoing national unity project.
He said the centre had received many positive contributions from different ethnic nationalities.