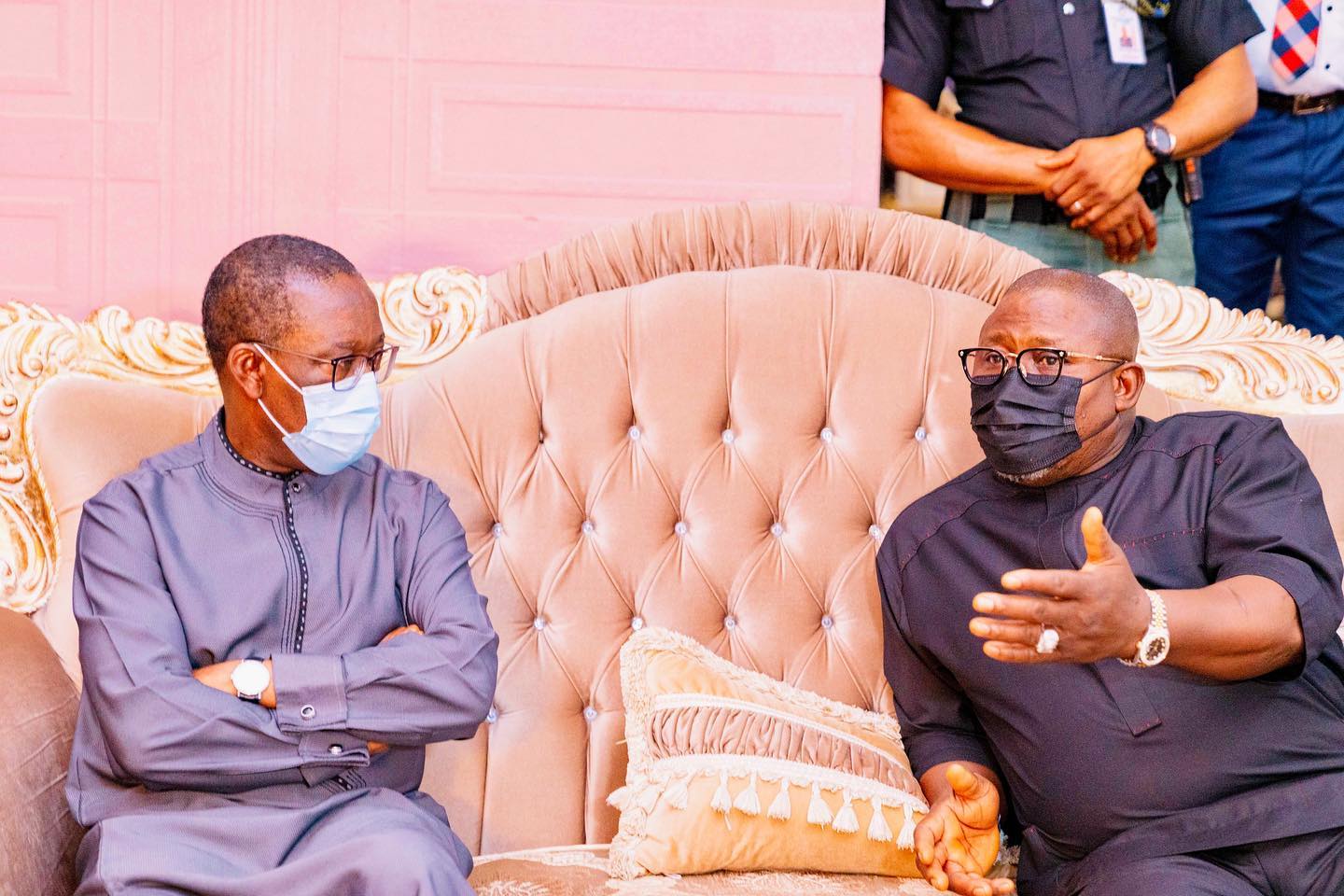 Delta State Government on Friday said it has proposed a total sum of N425 billion as the appropriation for year 2022, indicating that the budget would soon be transmitted to the State House of Assembly.
The State Commissioner for Information, Mr Charles Aniagwu, flanked by his counterparts in Economic Planning, Mr Barry Gbe, and Housing, Mr Festus Ochonogor, said the figure was part of the decisions reached at the State executive Council meeting on Friday in Asaba.
Aniagwu said that the council meeting was the first after the newly-constituted cabinet on Thursday, July 29, following the dissolution of the executive council by Gov. Ifeanyi Okowa on May 18.
He said that the meeting approved many memos, including those for the budget proposal, low cost housing for low-income workers, road projects, among others.
“So, a number of issues were taken up, ranging from development of infrastructure, to the 2022 budget, housing scheme for low-income workers, procurement of medical equipment for the Mother and Child Centre, Owa Alero.
“The council approved for construction, the 756-metre Amoro Street in Enerhen, Uwvie Local Government Area, Osamo Street in Ika North East; Ozu-Onyia Ogbe Stree in Ika South and Okpolo/Enwie Road in Isoko South LGAs.
“Also approved is a high-powered committee to be headed by the deputy governor, Deacon Kingsley Otuaro, to look into issues of sanitation to ensure that we maintain a much healthier sanitation in our state,” he said.
He said that the council also approved the increased pace of work in Warri/Uwvie ongoing storm water projects to extend and work on phases III and IV areas to tackle the anticipated flood occasioned by heavy rains.
“The council also approved the UTM-Off-Shore limited for the state to invest in floating liquefied natural gas projects to create jobs, a private sector driving investment is worth investing in, given the enormous natural gas in our state.
On his part, Gbe, explaining the parameters for preparing the proposed budget, said that the state adopted the Medium-Term Expenditure Framework (MTEF) and the Fiscal Strategy Paper (FSP), according to the Fiscal Responsibility Law 2020.
According to him, “having secured approval of the state council for MTEF and FSP, it will also be taking to the State House of Assembly for approval before we can commence the process of distributing envelops to the ministries, departments and agencies.
“What I recommend as Commissioner for Economic planning is for us to spend a total of N388 billion for 2022 as against the N38 billion for 2021. However, the council, after deliberations, increased the 2022 budget to N485 billion.
“On the macroeconomic indicators, we deliberately adopted the Federal Government MTEF and FSP; the planned reasoning oil to be sold at US$ 57 per barrel, daily production of oil as 1.88 million barrels per day and an exchange rate of N410 per dollar”.
He noted that the internally generated revenue for the first half of 2021 was N35 billion, adding that the state would embark on aggressive revenue drive to fund the 2022 budget to shore the IGR up from the target of about N61 billion in 2021 to N75 billion next year.
He said that with the expected statutory allocation, IGR, grants from donor agencies, and intervention programmes, the state would try to scale down net financing. It may not need to borrow much to finance the budget.
According to him, the projection is that the capital expenditure should be higher that the recurrent expenditure in the ratio of 56 to 44 distribution.
Also, Ochonogor explained that the council approved a pilot scheme project for low housing development plans in three locations; Owa-Oyibu, Kwale and Ozoro where the state government has secured land for the projects.