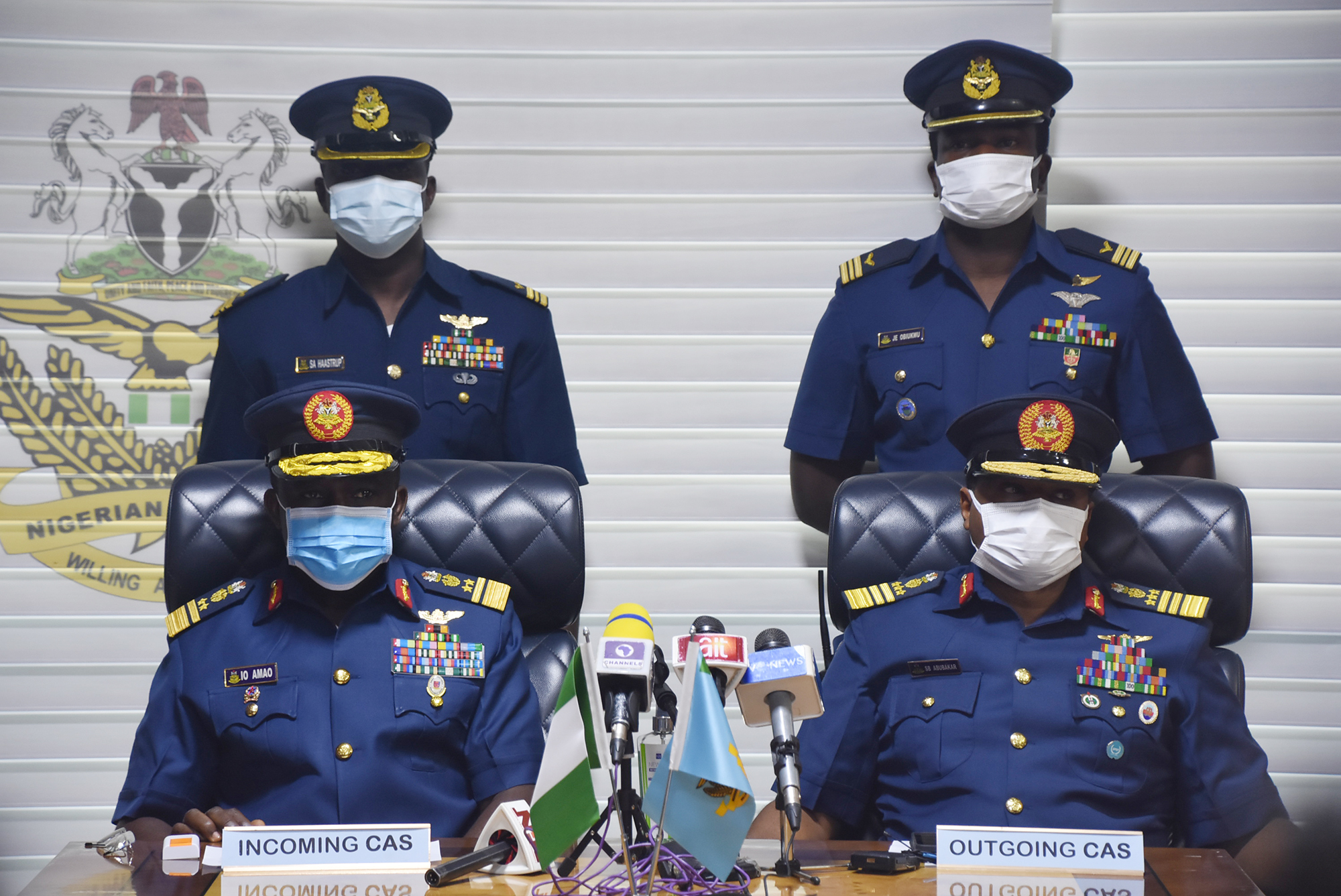 The Rivers State Governor, Chief Nyesom Wike, has commended President Muhammadu Buhari for appointing new Service Chiefs in the country.
Governor Wike who made the commendation last week, said even though it came late, the action of the president shows that he listens to the voice of the people.
Regretting that the nation’s security architecture had suffered a set back for the past five years, Governor Wike urged the new Service Chiefs to see their appointments as an opportunity to re-egineer Nigeria’s security architecture.
He particularly charged them not to align with politicians or politicise the nation’s security, but rather remain focused and dedicated in the interest of the country.
Governor Wike noted that Nigerians who lost confidence in the former Service Chiefs were looking up to the new appointees to make the desired change.
Another major issue last week in Government House Port Harcourt was the campaign posters bearing the name of Governor Wike which flooded the Federal Capital Territory, Abuja.
The State Commissioner for Information and Communications, Paulinus Nsirim, while reacting to the development, through a press release, said it was the handiwork of mischief- makers who felt threatened by Governor Wike’s rising political profile.
“ For the umpteenth time, we wish to restate that Governor Wike is presently preoccupied with his mission to make Rivers State a better place and destination of choice”, he said.
Stressing that the Rivers State Chief Executive has no hand in the posters, the Commissioner advised members of the public to discountenance the misinformation being circulated in Abuja.
Also last week, Governor Wike gave indication that from February 10, there would be inauguration of more projects executed by his administration.
He said this last Saturday at the conferment of chieftaincy title of Eze Gbuwara Uzor 1 Of Ikwerre on the former Governor of the state, Sir Celestine Omehia at Isiokpo, in Ikwerre Local Government Area of the state.
He said: “ From February 10, we shall start another round of commissioning, commissioning, commissioning”
Governor Wike restated the determination of his administration to spread projects in all the local government areas of the state, contrary to the insinuations by some of his critics that he was only concentrating development in Port Harcourt and Obio/Akpor Local Government Areas.
He described Sir Omehia as a trustworthy and firm person and commended the Ikwerre Council of Traditional Rulers for the honour done to the illustrious Ikwerre son.
Also within the week, Governor Wike expressed condolences to his Delta State counterpart, Ifeanyi Okowa over the death of his father, Chief Arthur Okorie Uzoma Okowa.
Governor Wike described the death of the patriarch as a great loss to Delta State, saying he died at a time his counsel would be greately needed.
In same spirit, the Rivers State Chief Executive commiserated with Governor Okowa over the death of the Majority Leader of Delta State House of Assembly, Sir Kim Komo Owerefe.
Also within the week under review, Governor Wike assured that his administration would not be distracted from contributing its quota in ensuring seamless administration of justice, both at state and national levels.
He stated this at the opening of a legal firm, L. A. Mitee and company (Inota Chambers ) in Port Harcourt.